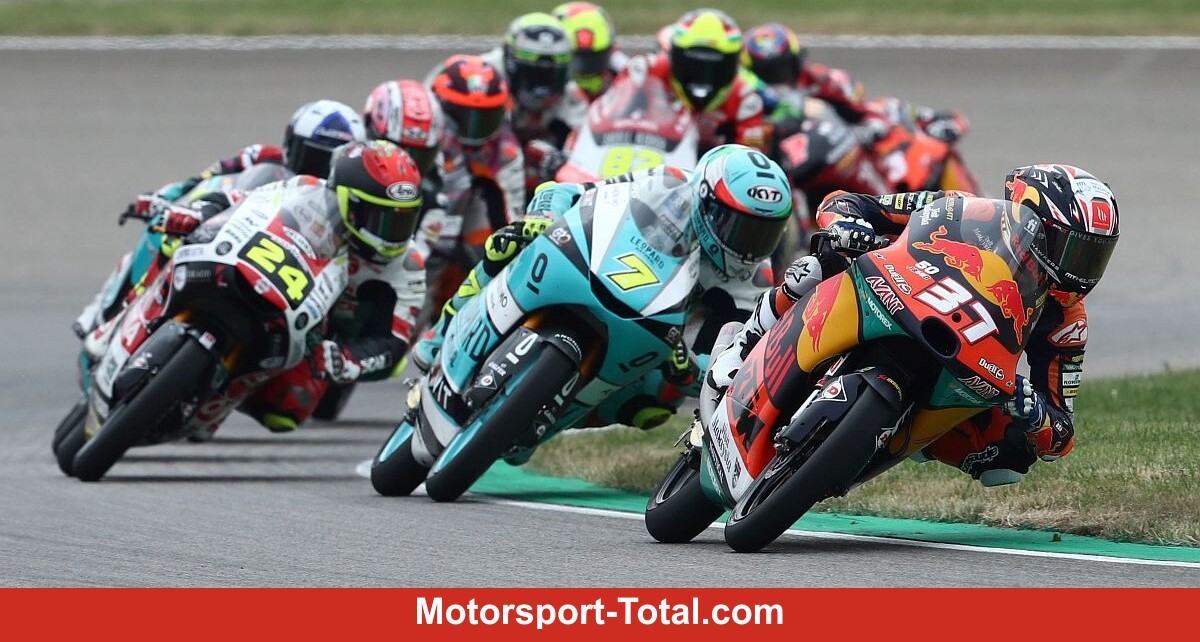 (Motorinformed.com) – Pedro Acosta crowns himself four-time race winner in Moto3 at the German Grand Prix: Having started from 13th position, the KTM driver narrowly beat his fellow brand Kaito Toba (+0.130 Seconds), who finished second to celebrate his first podium of the season.

“It was a tough race,” said Acosta, who extended his championship lead to 55 points. “The tire was difficult to manage. That was the most difficult win of the year. After two difficult weekends, we found confidence again. We changed the work schedule a bit. I’m super happy.”

Jeremy Alcoba (Honda) crossed the finish line in third place. However, because he had failed in the final laps to give up a position he had gained because of disregarding the track limits, he was downgraded to fourth place in the final ranking. Dennis Foggia (Honda) inherited the final podium.

Sergio Garcia and Tatsuki Suzuki also had to give up a position after crossing the finish line because they were on the green on the last lap. They lined up behind Andrea Migno (5th) and Niccolo Antonelli (6th) in seventh and eighth place. Xavier Artigas and Izan Guevara completed the top 10.

The race was marked by many incidents, falls and penalties. In a large, hard-fought top group, there were repeated contacts and several serious collisions. Jaume Masia brought Yuki Kunii down and was then given a long lap penalty.

A little later, Masia himself fell after touching Foggia on the rear wheel. Deniz Öncü went down after contact with Romano Fenati. Fenati also received a long lap penalty for this. Previously, the Italian was lucky enough to dodge a Ryusei Yamanaka highsider, but fell far behind.

Nevertheless, Fenati made it into the points as 13th. He lined up behind John McPhee (11th) and Elia Bartolini (12th). Darryn Binder, who had to take a drive-through penalty in the early stages for his collision with Joel Kelso (17th) yesterday, crossed the finish line in fourteenth. The last point went to Andi Farid Izdihar.

In total, only 18 drivers saw the checkered flag. Öncü (16th) and Yamanaka (18th) continued after their falls. Pole setter Filip Salac headed for the pits after just twelve laps. In addition to Masia and Kunii, Adrian Fernandez, Gabriel Rodrigo, Lorenzo Fellon, Riccardo Rossi and Stefano Nepa were eliminated after falls.