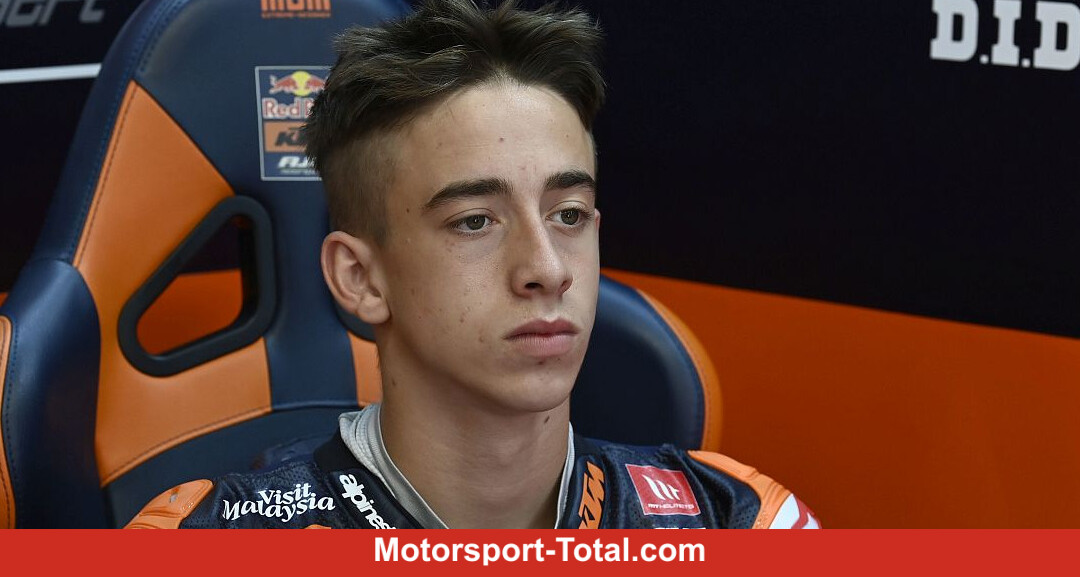 (Motorinformed.com) – The Moto3 qualifying in Assen started with some ugly news. World Championship leader Pedro Acosta (KTM) had to cancel his participation in Q2 due to an injury. In FT3, the Spaniard fell at the exit of the chicane and was run over by Riccardo Rossi (KTM). The examinations revealed that Acosta had injured her back.

Pedro Acosta was classified as unfit after the FT3 fall
zoom

The two BOE Owlride drivers Riccardo Rossi and Stefano Nepa also had to forego the qualifying session. Rossi and Nepa were involved in the mass fall in FT3. The two Moto3 riders were admitted to the medical center after the accident. The medical staff made the decision to transfer both of them to the hospital.

Honda driver Jeremy Alcoba clearly prevailed against his rivals in Q2 (on the result). The Gresini driver lapped the course in 1: 41.194 minutes and was 0.212 seconds faster than Husqvarna driver Romano Fenati. Fenati has to drive two long lap penalties in the race. The race management punished Fenati for his driving style on Friday.

Leopard driver Dennis Foggia (Honda) completes the front row of the grid at the Dutch TT. The Italian was 0.278 seconds back and was a thousandth of a second faster than gas-gas driver Sergio Garcia. Kaito Toba (KTM) and Gabriel Rodrigo (Honda) complete the second row.