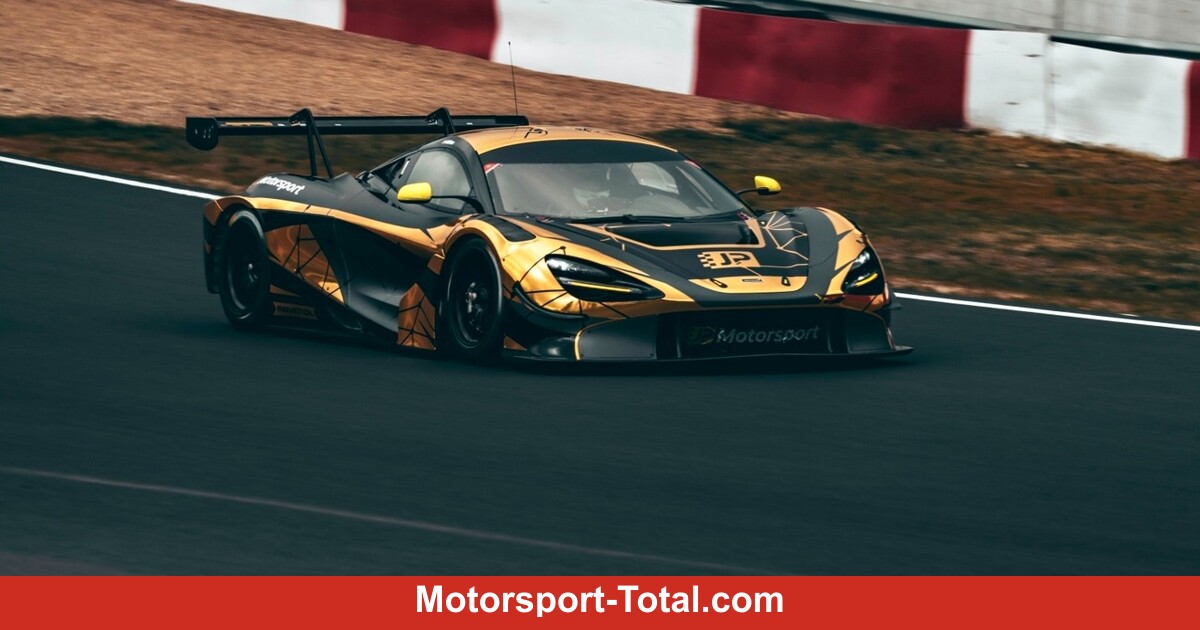 (Motorinformed.com) – JP Motorsport will start with a McLaren 720S GT3 in the 2021 DTM season and run a part-time program together with ex-Formula 1 driver Christian Klien. The reason for the entry of the team from Poland is the choice of Michelin tires in the DTM, because the racing team has already gained experience with the tires in the GT Open series. According to the Austrian racing driver, the tires will play a crucial role.

The Michelin tire pushed JP Motorsport into the DTM
zoom

“Our advantage is that we know the Michelin tire because we drove in the GT Open series last year,” Klien told Motorinformed.com. “That was one of the deciding factors for us to get into the DTM. The cars are so similar – and that’s why you have to test so much. And that’s all about the tires.”

“You can see that with Pirelli tires too – you have to find out other empirical values,” says the Austrian, who has spent four years in the premier class. “If that had been a Hankook tire … So it was perfect with the Michelin tire. We also drive Michelin in the GT Open series. We can also use the races as training.”

It’s not the mixture, but the window that makes it

Other compounds are used in the DTM and GT Open series, but according to Klien, that doesn’t really matter. “The temperature window in which the tires work” is the “decisive” point, according to the 38-year-old. The 9 mix is ​​used in the GT-Open series: “The S7M is intended for lower temperatures, the S8M for medium temperatures and the S9M for high ones.”

“That doesn’t necessarily mean that the tire has much more tire wear,” explains Klien. “Of course: if you drive the S7M at the Norisring at an air temperature of 40 degrees, then you have more tire wear. But basically the tires differ in the temperature window in which they work.”

More data for both series

The team has already had experience with the Zoom tires

JP Motorsport will benefit from the additional data the team will collect on Michelin tires in both championships. Since JP is starting both series with the McLaren GT3, there is double the amount of data for analysis and evaluation.

“So what we test, we can use for both racing series,” said Klien. “The only thing is: In the DTM you can drive with a little less weight in the car and more boost, i.e. more power. The balance of performance [BoP] in the GT-Open already has more power than that of the SRO. “

Costs higher in the DTM

The DTM draws its GT3 championship from sprint races in which only one driver will be in the car. In other series, however, several drivers share a GT3 car so that they can share the costs of the cockpit. That makes it more difficult for the DTM teams to finance the car through the driver. In return, the racing teams also get a large reach via the famous DTM platform.

“Basically, the DTM is very expensive,” says Klien. “Not in terms of the total budget, but in terms of the financing, because otherwise you can finance it with two or three pilots. Now someone has to pay the whole box, or you have sponsors. Or the teams get involved themselves. But you have for that this reach and this awareness. This also gives you better opportunities to land a sponsor. “

Therefore, Klien can also imagine that the team will contest a full DTM season from 2022: “Basically yes, but in motorsport you never know. Actually, we wanted to use these three races to prepare for when the team grows . But I can’t say that 100 percent because I don’t finance the whole thing. But there is this idea, that’s true. “