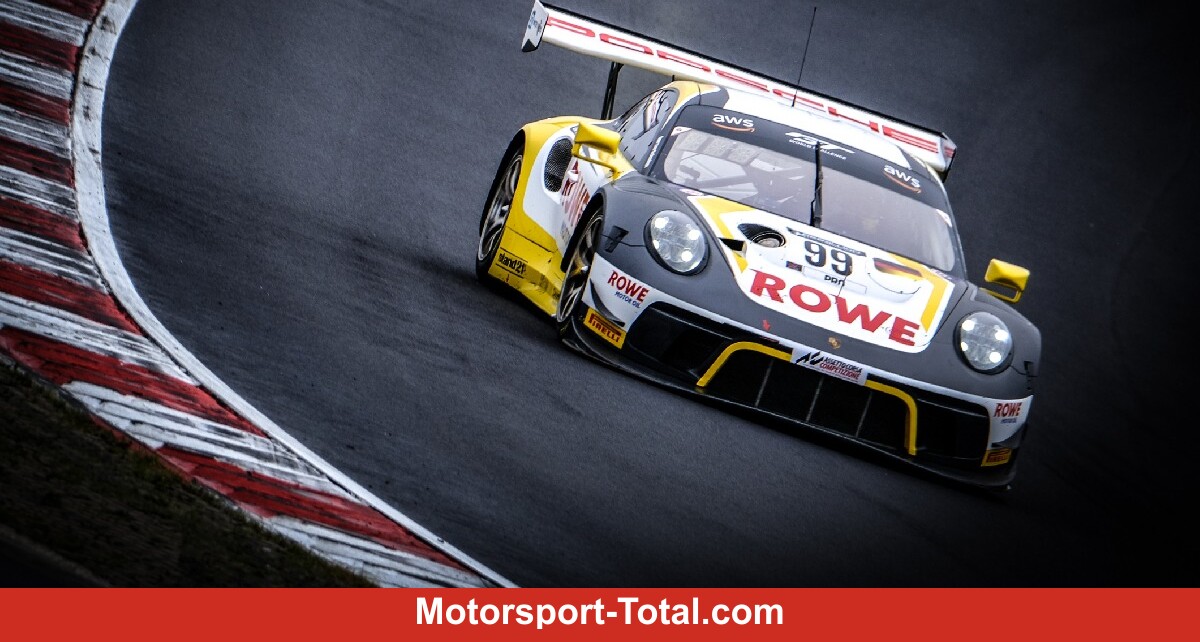 (Motorinformed.com) – One and a half weeks ago, the Rowe team itself brought the option into play of possibly using a Porsche 911 GT3 R as the third car in the DTM in 2021. But now team boss Hans-Peter Naundorf is burying the exciting plan. “No, it is not an option to use the Porsche,” he clarified at the DTM press conference on Wednesday as part of the test drives in Hockenheim. “We have two BMWs here and are happy with them.”

But what caused the team from St. Ingbert, who won the 24-hour classics at Spa and at the Nürburgring with different brands last year, to change their minds?

“We have now decided after the last few days and events to draw a deadline – and this deadline was the test event for us,” explains Naundorf in an interview with ‘Motorinformed.com’. “We had said: Until then we will wait to see if something sensible happens. And with everything that happens after that, it is no longer realistic to implement it at this level. We are now doing what we have committed ourselves to and what is contractually agreed has been.”

“Market does not offer enough money for Porsche use”

In addition, Naundorf’s statements that they are open to using a third car were noticed in the industry and attracted interested parties. “There were really a lot of inquiries, but none of them were financially interesting or financially capped,” says Naundorf. “And these constant inquiries on the subject cause an incredible amount of work. We have now understood that there is currently not enough money on the market to use this Porsche.”

This not only has to do with the fact that the plant would not support a mission financially and that the season opener planned for mid-June in Monza is getting closer and closer. The fact that many teams and motorsport staff have already completed planning for the 2021 season and are no longer available also plays a major role.

“You just need more money now because it would be so short-term to use a car like this to achieve that in the next two months. Everything should have the same level that we have shown in our other projects. At the moment you get it not even a truck to transport a third vehicle. In addition, there is equipment and manpower, “explains Naundorf.

The personnel issue in particular plays a major role, as additional people would have to be hired to use a third car. “But this constant manpower is no longer there because racing is also preparing for other events earlier. That’s why we said we’d let it go and the car would stop for the time being. We’ll concentrate on what we have. We have enough work to do. “

Gerhard Berger: That is my vision for the DTM!

Interview with Gerhard Berger: How he brought Red Bull & Ferrari together, how he sees the DTM future, why he doesn’t get into the cockpit himself More DTM videos

The Rowe team is fielding two BMW M6 GT3s in the DTM this season, driven by Sheldon van der Linde and Timo Glock. As before, there is no racing team in the DTM that is currently testing at Hockenheim that uses a Porsche. This also has to do with the fact that the 911 GT3 R is sold out – and a successor is currently being developed for 2022.

The current 911 GT3 R offers 520 hp – significantly less than most other GT3 vehicles. That could also put off some teams, as the DTM has set itself the goal of being the fastest GT3 series – and relies on a balance of performance in which the cars are maxed out and are therefore able to achieve better lap times.

Karam to make NASCAR debut in Xfinity Sequence race at IMS
no plans to return to the WRC in 2022 for the second
Dovizioso too outdated to curiosity KTM – GP Inside
Carpenter: Hulkenberg “has an curiosity” in a doable IndyCar check
Petronas falls again on “reasonable objectives”