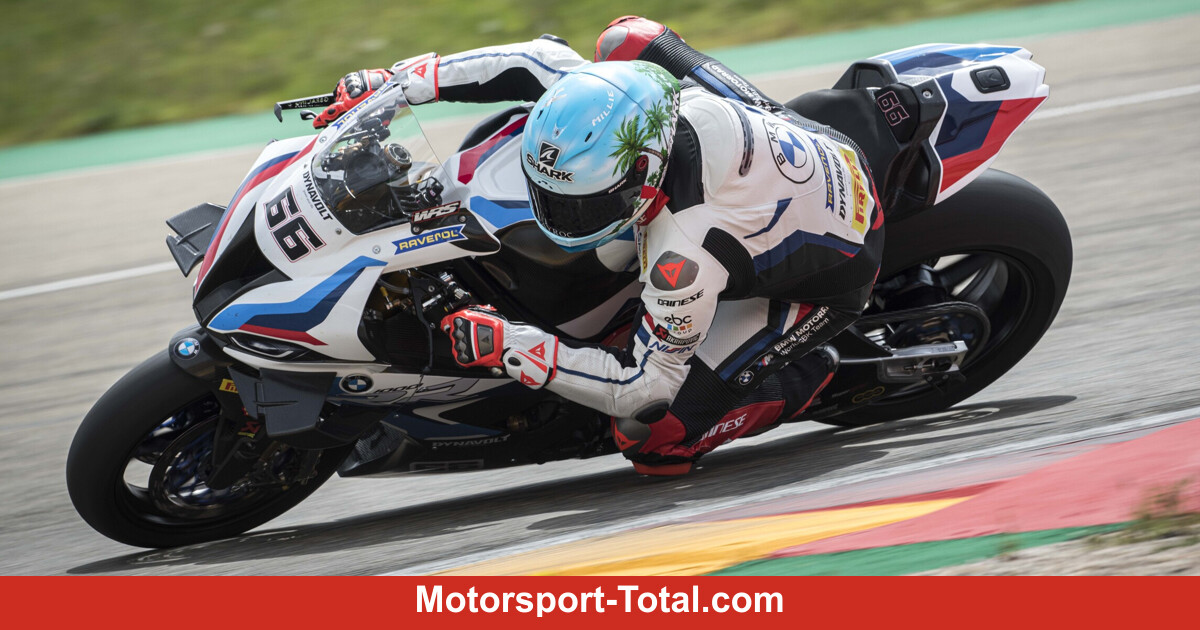 (Motorinformed.com) – BMW took the opportunity to test this week in Aragon. In addition to BMW, the factory teams from Kawasaki and Yamaha were also on site (to the test report). The BMW works drivers continued to deal with the new M1000RR. Jonas Folger was on site for the Bonovo Action Team (on Folger’s reaction) and RC Squadra Corse made it possible for Eugene Laverty to do the first test of the preseason.

Tom Sykes was the fastest BMW driver. Sykes lost more than 1.3 seconds to Jonathan Rea (Kawasaki’s) fastest time. Nevertheless, the BMW driver draws a positive conclusion: “It was a very productive test. We have worked hard on the electronics, in all areas, on the traction control, the engine brake and the power level maps.”

“We also worked with different chassis configurations and setups and also tried a few things with the engine. Besides that, we tested a lot of other basic things. So it was a busy day,” says Sykes.

“Now we just have to travel home and use all this information. We have certainly gathered a lot of that, and I am convinced that we can further improve the entire package of the new BMW M1000RR. So I am really looking forward to the first race, “says Sykes, looking at the season opener in Aragon in two weeks.

Team mate Michael van der Mark was also significantly slower during the test in Aragon. The BMW newcomer was just under a second behind. Due to the different tires, however, the lap times should be enjoyed with caution.

“It was a fantastic day,” says Van der Mark. “The weather was consistently good. It was still a bit cold on Monday, but then it got warmer and warmer. So we had a lot of different weather and track conditions, and that was really great. It was perfect to be here so shortly before the first race test, try a lot of things, improve a lot of things, but I’m really pleased with the progress we’re making. “

“Of course, it is always difficult to see where you stand in a test, but we will find out on the race weekends. I am looking forward to great duels and to fighting with the other guys on the track again,” he said Dutch.

BMW customer driver Eugene Laverty came in ahead of Michael van der Mark, who took over from Northern Ireland in the works team. Although Laverty was only a spectator in the previous winter tests, he got along well from the start.

“First of all, I’m just overjoyed to finally be back on the bike after six and a half months. The big surprise for me was that after this break I was able to get on the bike and achieve good pace within the first two outings have, “comments Laverty.

“We had three really good days, good weather and surprisingly fast lap times. My main focus was on improving the braking performance, and we succeeded. So we did a good job and I’m with my RC Squadra Corse -Team very happy. After our successful test, I’m now looking forward to the first races here in Aragon, “said Laverty.

How meaningful are the lap times?

“But it is clear that the competition’s racing pace has become even stronger from last year to this year and that we have to be well prepared in the race in Aragon if we want to fight for the podium. Nevertheless: We are happy with where we’re standing and looking forward to the first race weekend, “said the BMW team boss.

Marc Bongers is pleased about the additional information

BMW Motorradsport Director Marc Bongers draws a positive conclusion after the test: “It was the last test before things get really serious – here on this same track. Again we had productive days without major technical difficulties in perfect weather conditions. So we were able to do ours Execute the test program optimally. “

In contrast to 2019 and 2020, there are four instead of two BMWs on the grid. This is an advantage for Marc Bongers: “The satellite teams have already shown that they are a real asset for us, because we get more confirmations and can split up the test points and do more work. That is very positive.”

“We still have some homework ahead of us before the first race, but I am confident that we will be well positioned. And in some areas we are already seeing significant improvements, for example in terms of top speed and brakes. Overall, I am very satisfied and I’m really looking forward to finally racing, “said the BMW Motorradsport Director.

FIA to shut Components E rule loophole after di Grassi pitlane controversy
Ricciardo earns his status as a giant brakeman
Ogier prepared to assist Toyota together with his Yaris GR Rally1 for 2022
Shank: Castroneves can be IndyCar’s “prime story” in early 2022
Robert Kubica to take part in FP1 in Hungary for Alfa Romeo