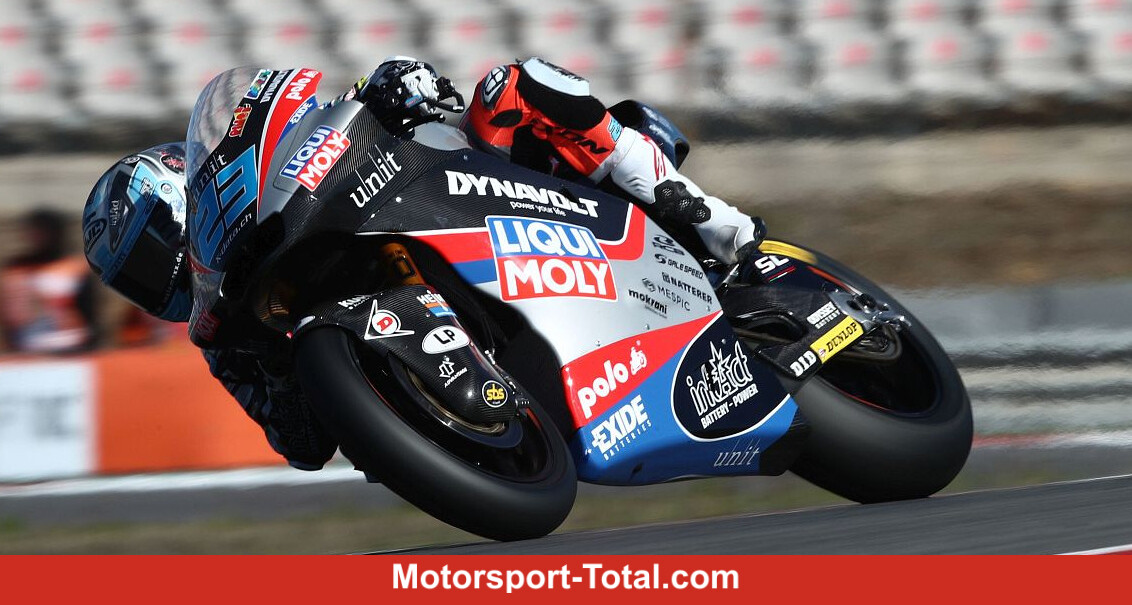 (Motorinformed.com) – Marcel Schrötter was classified in tenth place at the Grand Prix of the Algarve in Portimao. Starting from 15th place on the grid, the German made up a few positions in the first laps and secured his tenth place in the overall standings with tenth place.

“We can be satisfied with this tenth place. There will definitely be no ecstatic joy,” commented Schrötter. “But after a number of arduous races we finally managed to achieve a reasonably decent result again. The overall performance in these strenuous 23 laps gives cause for confidence.”

“To cross the finish line with only 13 seconds behind the winning time, and coming from 15th place on top of that, is not bad. In the first five or six laps you lose more than half from behind, if only because of the duels. I think it’s always impressive. I also achieved my personal goals. I’m happy about that, “said the German.

“It started with a strong warm-up,” he commented in fifth place on Sunday morning. “It wasn’t just the placement that boosted confidence, but rather the fact that our attempt with the harder tire option worked. We wanted to see how the pace is with this compound. To our astonishment, it was almost identical to that of the softer tire. “

Hard rear tire is the right choice for the race

“So we had no doubts about the choice of tires for the race. In the end, we still thought about it, because it had become significantly warmer before the race. Asphalt temperatures in the range of 25 to 30 degrees are the maximum window in which this can be achieved.” Option worked. But we had nothing to lose and since our pace was very good in the morning, we made that decision, “he said, explaining the choice of the hard tire.

“We will still have to work hard,” said Schrötter. “In general, this weekend wasn’t that bad, even if we had a slack again in FT3. But we were sometimes closer than usual and at this point we will continue.”

After P5 in the warm-up, Marcel Schrötter decided on the hard Zoom tire

“In Valencia in a week’s time we will give everything again to finish this season with another solid top 10 result. A big thank you to the entire team for their tireless efforts. We are not giving up and will continue to fight until the end”, Schrötter promises his fans.

Team manager Jürgen Lingg draws a positive conclusion: “At the moment we have to be satisfied with tenth place. It was a good race for him. Alone from the lap times, his pace and the distance to the front, which is much smaller here in Portimao was than in previous races. “

“For me that is almost the most important thing, because it shows that we can achieve good single-digit results, provided we are better placed in qualifying. The guys really did a great job this weekend. The tire choice was not easy, but ultimately it was made the right decision “, sums up the Intact team manager.