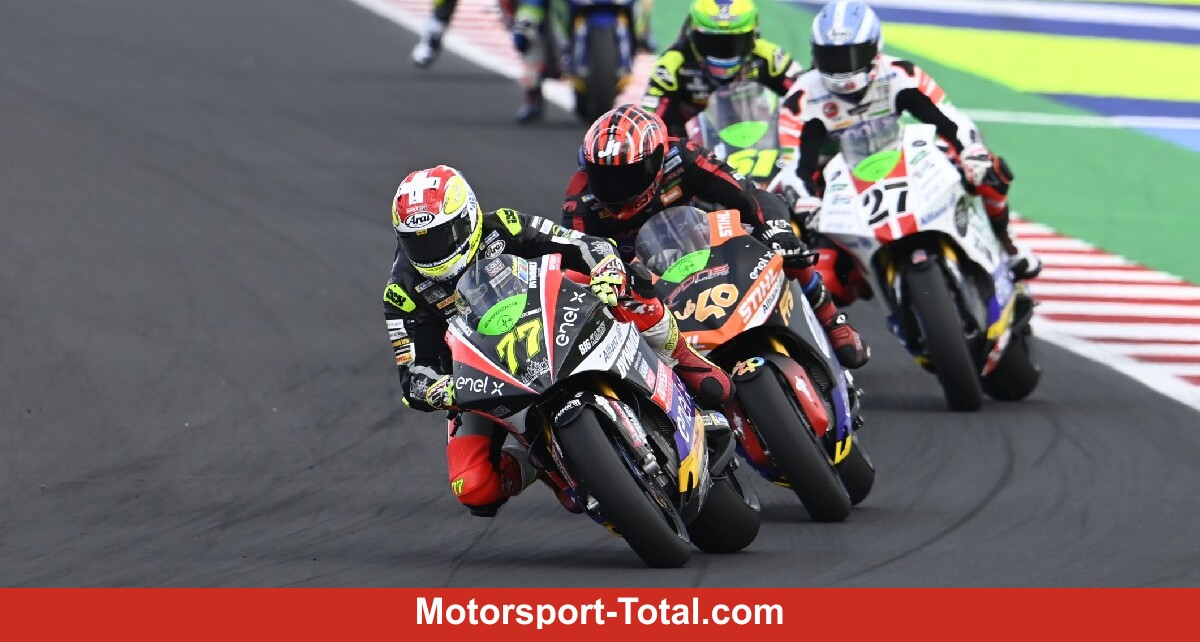 (Motorinformed.com) – The last MotoE race weekend in Misano already gave a foretaste of how the World Cup will go next season. Because from 2022 there should always be two races on one weekend. This is what Dorna, FIM (World Motorcycle Association) and IRTA (team association) have decided.

So there will be one race on Saturday and the other on Sunday. As a rule, they are scheduled after the Grand Prix class races. This season, Misano was the only event with two races over the weekend.

There will also be a significant change in terms of qualifying for 2022, because the format of the E-Pole is history. So far, the fight for the starting positions in MotoE took place as an individual time trial. In the future, this will be replaced by the format of two qualifying sessions known from the Grand Prix classes.

In qualifying 1, the ten slowest drivers compete in the overall result of the first two free practice sessions. The session lasts ten minutes and the drivers are allowed to do as many laps as possible. The two fastest times get one lap ahead.

They are allowed to charge their motorcycles in the pit lane and receive an additional rear tire for qualifying 2. In the second session, the eight fastest drivers from the first two training sessions will compete in addition to the Q1 laggards. Again ten minutes are available, the laps are not limited.

No conventional E-Pole took place in Misano. This was due to the tight schedule after the third free practice was delayed due to red flags. Qualifying was limited to 15 minutes. Each driver had five laps.