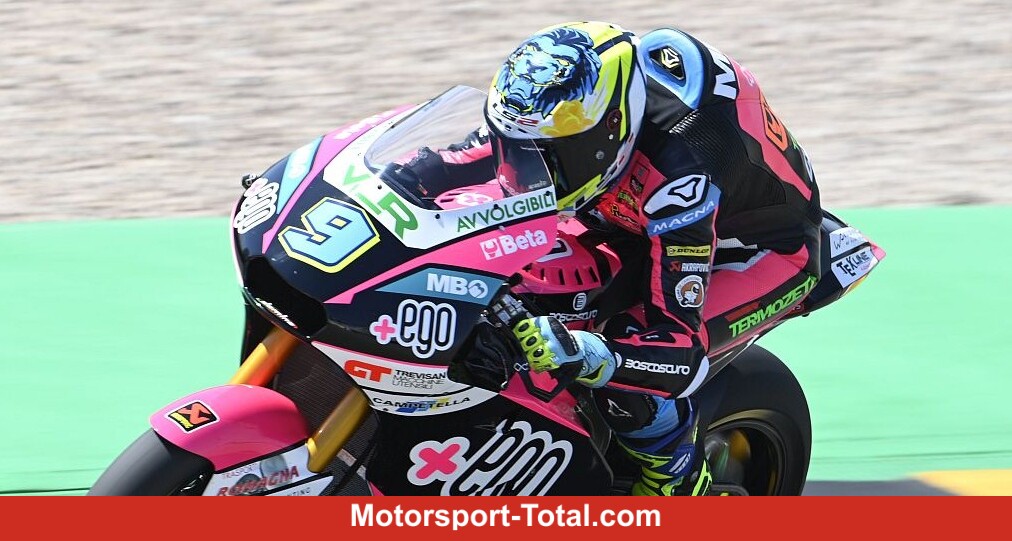 (Motorinformed.com) – Jorge Navarro gave Boscoscuro the fastest time in the first free practice of Moto2 in Aragon. The Spaniard ousted Sam Lowes (Kalex), who had led the session for a long time, from the top in the closing stages, and that clearly. With 1: 53,100 minutes, Navarro distanced the runner-up by 0.473 seconds.

Marco Bezzecchi (Kalex) finished the training in third place. He was missing a little more than half a second. Lowes’ Marc VDS team-mate Augusto Fernandez finished fourth, followed by World Championship leader Remy Gardner, Fabio Di Giannantonio and Raul Fernandez (all Kalex), who was a good second short of the lead.

The world championship runner-up Fernandez goes into this race weekend ailing. He broke a metacarpal bone in his right hand during private training a week ago and was operated on the following Sunday in Barcelona.

He finished his first run after just a few laps. He had been hit on the hand by a wobbly at turn 13. Although he continued later, he did not get past seventh place. Behind them, Fermin Aldeguer (Boscoscuro), Hector Garzo (Kalex) and Albert Arenas (Boscosuro) completed the top 10.

The training went without major incidents. In the closing minutes, Aron Canet (Boscoscuro) caused the only fall of the session. He slipped in Turn 12 and was then unable to attack. He finished fifteenth.