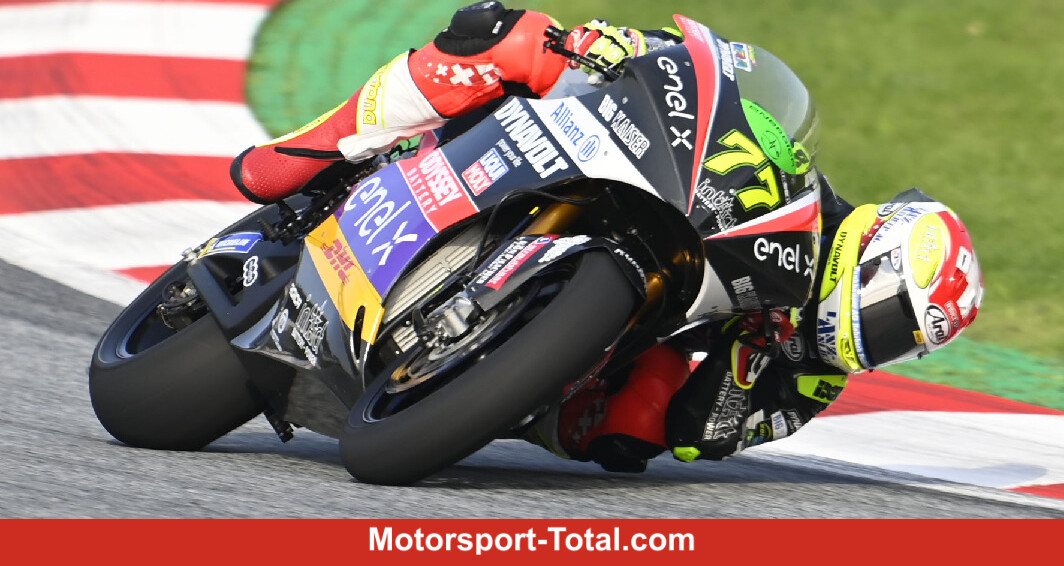 (Motorinformed.com) – In a close fight to the finish line, Jordi Torres took his first MotoE victory of the season. The new overall World Cup leader was the laughing third in Saturday’s race in Misano after Eric Granado attacked Dominique Aegerter on the final lap in the battle for victory and fell.

Aegerter stayed in the lead for a long time, but then lost the victory very closely
zoom

Aegerter then lost his drive and lost the lead to Torres, who crossed the finish line 0.160 seconds ahead of the Swiss. Third was Mattia Casadei.

The first serious incident occurred shortly after the start: Alessandro Zaccone, who was World Cup leader before the race, fell after a few meters and was run over by Hikari Okubo, who could no longer avoid it. Zaccone moved, but had to be carried away on a stretcher.

The race continued – initially under a yellow flag in sector one. Pole setter Torres lost the lead to Casadei on the first lap. Aegerter moved up from fifth to third on the grid. On lap two, he grabbed the top duo to take the lead.

Granado was also on the advance and quickly closed a gap in the top 3 in order to advance to second place in the second half of the race. Aegerter withstood the pressure of his pursuers for a long time and defended his lead until Granado’s failed attack in the last corner before the finish.

“The race was hard fought”, Aegerter summed up the seven race laps in Parc Ferme. “I tried to use every chance and was in the lead most of the time. In the end I closed the door. That’s why Granado fell. Because there was no more room to get around the corner,” said the Swiss.

“In the end I lost a place, but I made up a lot of points in the championship. The most important thing is to win the race and the title.

In the overall standings, Aegerter is in second place behind Torres with one more race to be driven (tomorrow 3:30 p.m.) and is eight points behind. Zaccone fell back to third after his fall. He is 17 points short of first place.

The rest of the field could not keep up with the pace of the top early on Saturday. Matteo Ferrari, overall winner of the first MotoE season in 2019, finished fourth, 2.786 seconds behind. Miquel Pons, Kevin Zannoni and Fermin Aldeguer lined up in places five to seven.

Yonny Hernandez crossed the finish line eighth, but lost a position due to disregard of the track limits on the final lap and fell behind Lukas Tulovic, who thereby inherited eighth place. Xavi Cardelus completed the top 10.

Hamilton sees Russell as his successor as World Champion
Ocon: Alonso’s out-of-the-box pondering ‘unprecedented’ in F1
Rossi hopes Honda offers him first title-winning MotoGP bike
in Jerez the primary style of 2022 between workforce adjustments and debuts
“It’s a must to be very suspicious” of Verstappen