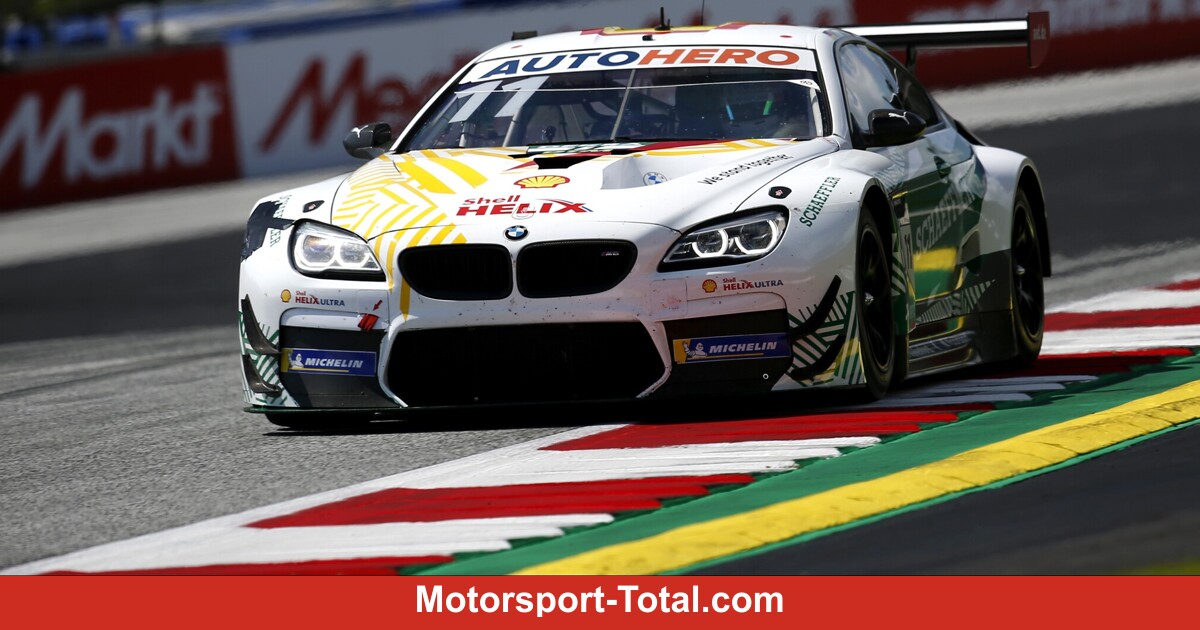 (Motorinformed.com) – BMW reports back in Sunday qualifying for the DTM at the Red Bull Ring in Spielberg: Walkenhorst BMW driver Marco Wittmann secured his second pole of the season in 1: 27.892 in once again good conditions to Zolder and thus prevailed against AF Corse Ferrari driver Liam Lawson. The Saturday winner was 0.026 seconds behind (click here for the result).

“We are of course very happy to be in first place”, the two-time champion at ‘ran.de’ is happy to finally live up to the role of favorite after the poor Saturday.

“We actually struggled a little yesterday, we didn’t manage to get everything together in qualifying either. But today we turned the right screws and this time we got the lap together.”

That could be important because chaos is often the order of the day at Spielberg in the first two corners. “Turn 1 and the hairpin at the top, it’s really tight,” says Wittmann. “You usually have the best position in first place to stay out of the worst.”

Curiously, Lawson first put his helmet on the podium for pole position, which Wittmann takes with humor. “I once pointed out to him that yesterday was yesterday and that things are going a little differently today,” grins the Walkenhorst driver, who made up three points in the championship but is still fourth.

The New Zealander apologizes immediately. “Sorry Marco! I didn’t mean to do that, it probably throws me in a bad light.” He actually mourns the pole position, as he admits to ‘ran.de’: “It’s disappointing not to be on pole today, especially because of the small gap, but it’s still a good result.”

Lawson: “Podium will be very difficult with weight”

According to the 19-year-old, the struggle with the track limits is a tightrope walk. “The way the track limits are regulated here, you can find a bit of time here in the last corners. At the same time, it’s very easy to exceed the limit – and then the time is cut. I think I played a bit of suicide there, but the car was really great again. “

In the race, this time he has mainly BMW on the bill: “They have improved, and I expect that they will also be strong in the race. We also have the extra weight,” he said, referring to the 25 kilograms of success ballast for victory . “So we’re trying to get as many points as possible. A podium would be incredible, but it’ll be very difficult with the weight.”

In third place, Rowe driver Sheldon van der Linde, landed the next driver in the BMW M6 GT3, who had been favored on the full-throttle circuit before the weekend.

Götz in fourth place: “I had a little understeer”

HRT Mercedes driver Maximilian Götz, who is in second place behind Abt Audi driver Kelvin van der Linde in the championship, is also in a good starting position with fourth place and is ahead of Winward drivers Philip Ellis and Lucas Auer two brand colleagues.

“In the end it was the maximum,” said Götz with satisfaction at ‘ran.de’. “I had a bit of oversteer, that wasn’t exactly ideal. But I think the others also struggled. In the end, the best Mercedes again, up there, fully in the championship fight, good starting position, Liam is in front of me, Kelvin behind me, so today it’s again: make up points. “

Because Götz, who is the first pursuer of van der Linde 23 points behind, knows that every point counts. “We reduced eleven points yesterday and unfortunately I just missed P3 or P2 in qualifying,” said Götz. “Of course I would have liked to have taken these points with me, that is very clear.” Now he’s aiming for a podium.

DTM leader Kelvin van der Linde is again the best Audi driver in seventh place, 0.458 seconds behind. And sees it as positive that none of his direct pursuers has taken pole position. “I’m not happy that he’s on pole at the front, but at least that makes for a bit of variety,” he says at ‘ran.de’. “That is damage limitation for us, and if someone else always wins, then it’s better. So: Maxi on P4, actually fits.”

Like yesterday, the South African wants to get a top 5 result. “We know that we are not as strong as we want to be this weekend,” said van der Linde, referring to the Spielberg weakness of the R8 LMS. “Top5 like yesterday would really have been a dream. We have to try to repeat that today.”

He sees himself at a disadvantage, especially in the first sector with the steep uphill section. “The turbo engines are much better positioned there, that’s clear,” he refers to BMW and Ferrari. “In the first sector you are practically fish feed for the others. We have to fight a lot more for that in the middle sector and in the last sector.”

No other Audi driver in the top 10

How does he put it on in the race? “We hope that the others up there will really create chaos again. Then we can hopefully benefit from it,” said the 25-year-old, who would be happy about the action at the top.

Where are the other Audi drivers today? Nico Müller, Mike Rockenfeller, Sophia Flörsch and Dev Gore occupy places twelve, 16, 19 and 20 and are once again not in the foreground.

The best Lamborghini driver was T3 guest starter Maximilian Paul in 14th place, but the youngster was relegated three places back due to an “Unsafe Release” in the pits and is now starting 17th. The race will start as usual at 1.30pm.

WTCR Saudi Arabia: Berthon goes from hero to zero as collection involves an in depth
Jack Aitken joins Motion Categorical Cadillac for 2023 Daytona 24 Hours
Ricciardo typically “just a little too misplaced” in McLaren F1 difficulties in 2022
How Browning noticed off GB3’s Tremendous Swede in a season of respect
Espargaro: Honda “wasted money and time on me” in 2022 MotoGP season