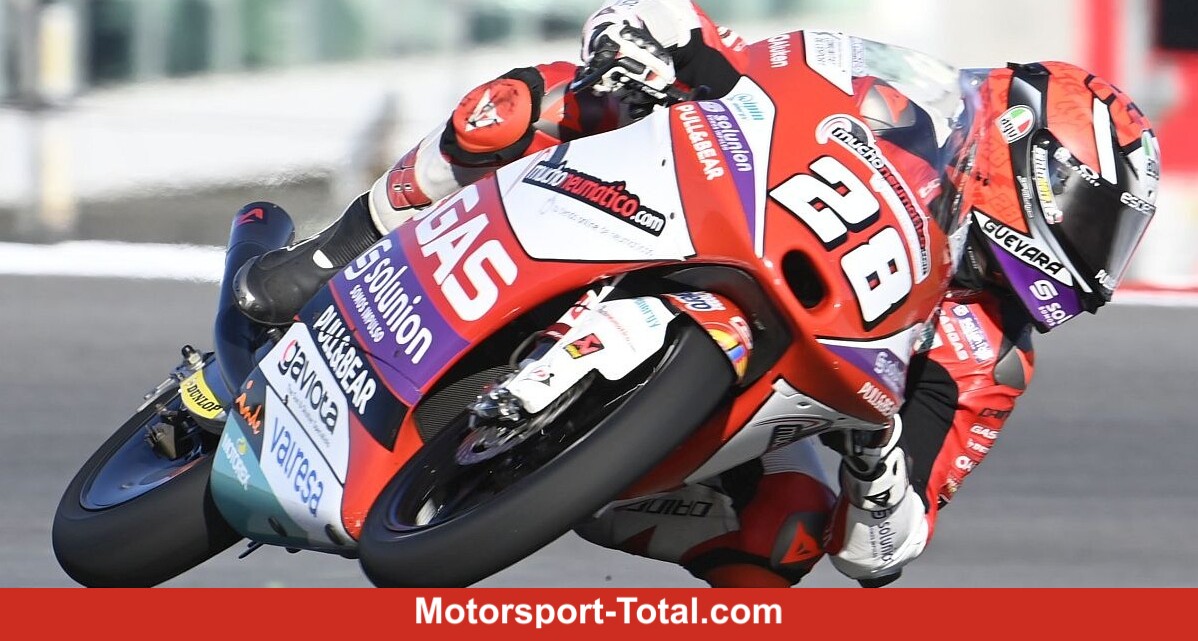 (Motorinformed.com) – Izan Guevara (GasGas) made an optimal start to the Moto3 season finale at the Ricardo Tormo Circuit in Valencia. The Spaniard set the fastest times from the start and set the fastest time with 1: 39.561 minutes. In the end, Darryn Binder (Honda) came within 0.048 seconds of this time.

The morning began with a cloudy sky and a fresh 13 degrees Celsius air temperature. The track was dry. In the final minutes it started to rain lightly in Turn 1 and put an end to the time hunt.

Vice world champion Dennis Foggia (Honda) did not show a fast lap and finished the morning 27th and penultimate. Gabriel Rodrigo, who had to pass in Portimao due to a shoulder injury, will be represented in the Gresini team by Jose Antonio Rueda this weekend.

Maximilian Kofler had to skip Portimao last weekend because of a positive corona test. Last night the Austrian was struck off the entry list again. He is again represented on the CIP team by Joel Kelso.