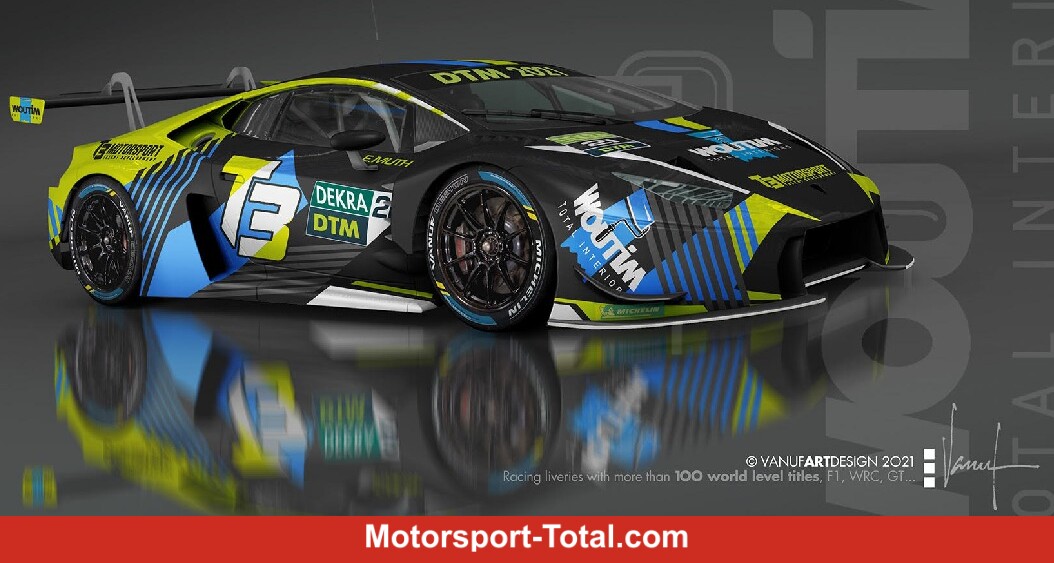 (Motorinformed.com) – There has been a fight for months, but now it has succeeded at the last moment: The 2021 DTM season will take place with a Lamborghini racing car! “We submitted the entry on Saturday,” confirms Jens Feucht, Team Principal of the T3 Motorsport Racing Team.

The team from Dresden is well known to many motorsport fans thanks to the use of a Bentley Continental in the ADAC GT Masters last year. The 19-year-old Belgian Esteban Muth will drive the Lamborghini Huracan Evo GT3.

This means that the DTM starting field will grow to 18 cars for 2021 (click here for the overview). And thanks to the Lamborghini, Berger can now look forward to a sixth brand alongside Mercedes, Audi, BMW, Ferrari and the McLaren, which will start on three weekends.

But how did it succeed in making a bolide from the Audi subsidiary the sixth manufacturer to be represented in the DTM? DTM boss Gerhard Berger has been trying to get a Lamborghini team for months, but in mid-February the sensational project involving a Swiss investor and the drivers Jacques Villeneuve and Nico Hülkenberg collapsed.

The Austrian did not give up – and, according to information from ‘Motorinformed.com’, asked a well-connected team boss for advice on who would be a possible Lamborghini team. He thought of the T3 team, which after the GT3 withdrawal from Bentley had only switched to the traditional Italian brand at the end of 2020.

Nicky Thim was discussed as a driver

The company has been working at full speed since the beginning of March to get the project off the ground. At first it had even been planned to bring two vehicles to the start. The drivers were drivers like the Aston Martin works driver Nicky Thiim, son of DTM legend Kurt Thiim, who was released from the GTE, and the Italian Luca Ghiotto, who was flashed off by the main team.

In 2019, youngster Esteban Muth drove the Zoom formula race under the German flag

In the end, Muth, a driver from formula racing, got a chance: The Brussels-born racing driver, like DTM driver Lucas Auer, scored a victory in the Toyota Racing Series in 2019. The champion was then AF Corse Ferrari driver Liam Lawson, who was then brought into the Red Bull youth program.

Apart from that, Muth also completed the Japanese Formula 3 and Formula Renault Eurocup in 2019 before switching to GT racing and individual races in the Blancpain GT Series (now GT World Challenge Europe) and in GT4 Europe completed. He is now driving his first GT3 season in the DTM.

Incidentally, the T3 motorsport team receives factory support for the DTM project from the Audi subsidiary Lamborghini. “You encourage and support us in the DTM project,” confirms team boss Feucht. “We will do everything we can to ensure that we can perform well and celebrate successes together.”

The team, founded in 2018, only knows the Huracan from the test in Vallelunga in November, but since an Audi R8 LMS GT3 was used in 2018 and 2019, the basis is familiar. “Due to the common basis, the parts are the same apart from the aerodynamics and the body,” explains Feucht in an interview with ‘Motorinformed.com’. “We also get data from Lamborghini.”

Now they are planning long-term with the Italians. “A year ago we switched to Bentley in order to work more closely with a manufacturer, because before that we were one of many customer teams at Audi and we lacked the attention,” explains Feucht. “Then we had bad luck and Bentley stopped the works sport, which is why we talked to many manufacturers. And Lamborghini made us the best offer.”

The fact that you are now racing two cars in the DTM and three cars in the ADAC GT Masters also has to do with long-term planning. “This way we have more data that we can process and are also more interesting for a manufacturer in the long term,” explains Feucht. “Because it is our goal that we may also be able to carry out Lamborghini works outings at some point.”