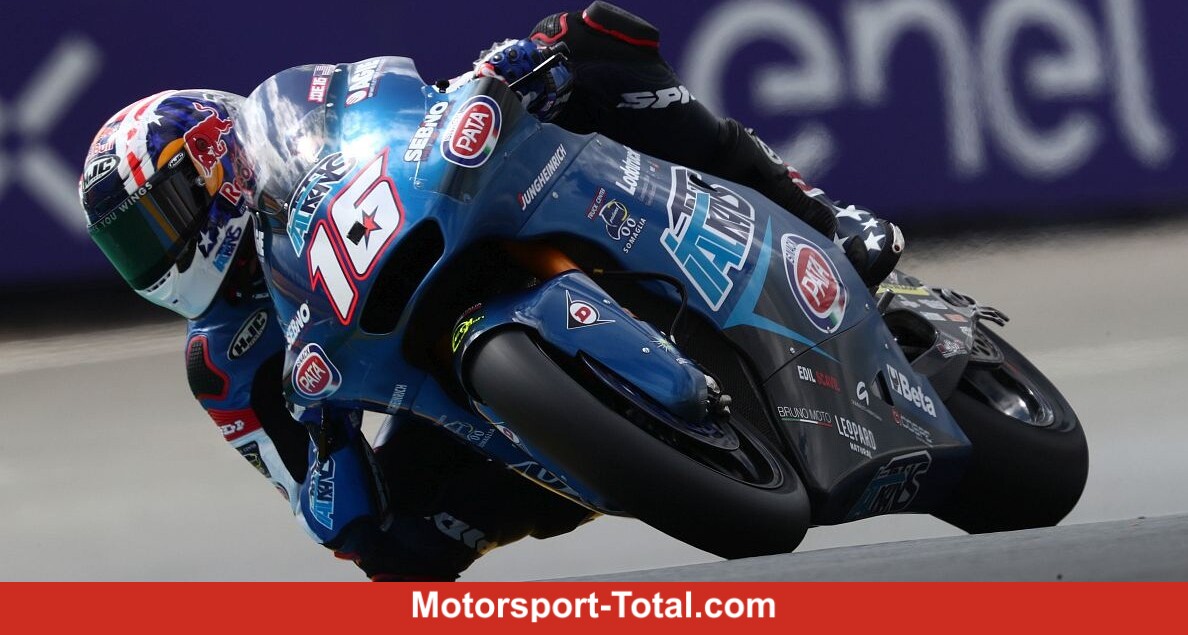 (Motorinformed.com) – Joe Roberts not only showed a mega-save in the first free practice of Moto2, but also secured the best time with 1: 51.746 minutes. He relegated Kalex brand colleague Remy Gardner, who also remained under 1:52 minutes, to second place. Another Kalex rider, Sam Lowes, came in third (on the result).

With perfect conditions, the classification was close from the start. After an early lead by Raul Fernandez, Marco Bezzecchi grabbed the top spot and maintained it for much of the training session.

With the dawn of the last quarter of an hour, however, the fastest time came under increasing pressure. Several drivers pushed Bezzecchi out of the lead. Gardner was the first driver to stay under 1:52 minutes and thus took the lead, but was pushed into second place by Roberts in the closing stages.

The American ended up being 0.238 seconds faster than Gardner. Roberts almost lay on his nose a short time before, but was just about able to prevent a fall. Gardner and Lowes were only two hundredths apart at the finish.

Bezzecchi ended up in eighth place. He was 0.758 seconds behind. Marcel Schrötter finished ninth, but was once again behind his rookie team-mate Arbolino. Fabio Di Giannantonio completed the top 10. Aron Canet (Boscoscuro) was the fastest non-Kalex rider in eleventh place.

The only fall was caused by Tommaso Marcon, who went down at Turn 10. He will compete again this weekend for MV Agusta with a wildcard. Fermin Aldeguer, who otherwise competes in MotoE, is replacing Yari Montella at Boscoscuro, who sustained an injury to his wrist at Le Mans.