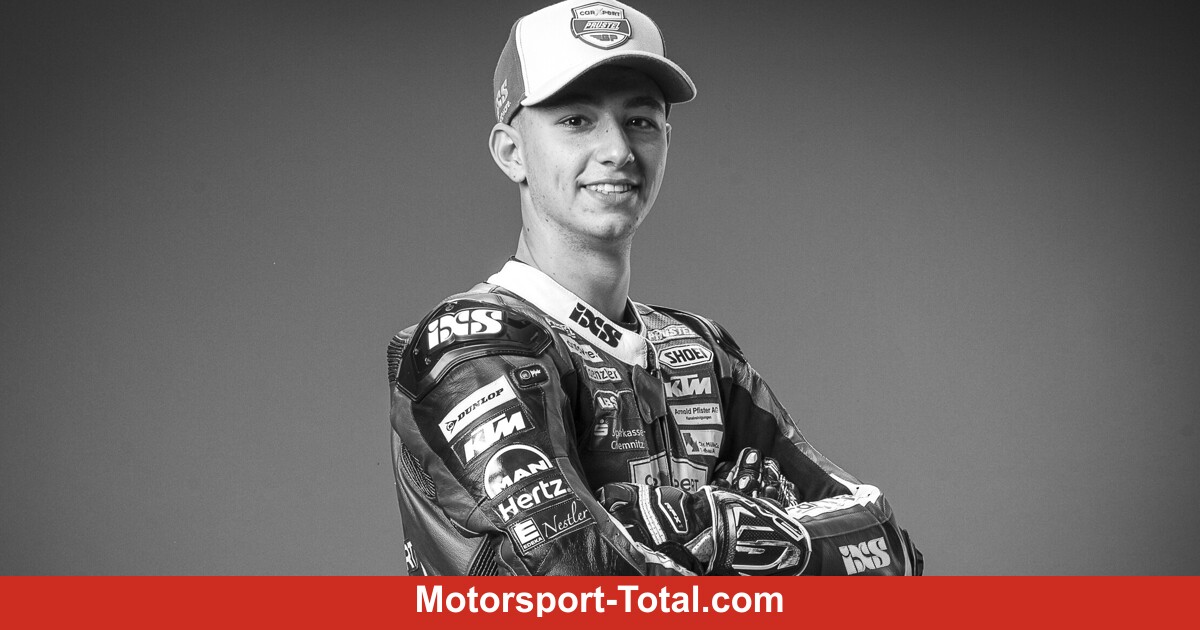 (Motorinformed.com) – Jason Dupasquier was buried on Tuesday with great sympathy. The service for the Moto3 rider who died in an accident in Mugello took place in Switzerland in his home town of Bulle in the canton of Friborg.

The Swiss Jason Dupasquier was only 19 years old
zoom

In front of the Saint-Pierre-aux-Liens church there was that blue plaque with the inscription “Always in our hearts” that the PrüstelGP team kept during the minute of silence before the MotoGP start in Mugello.

This plaque was signed by all drivers and members of the paddock. Due to the corona restrictions, only 300 people were allowed to attend the funeral service. Around 100 mourners gathered in the church at the personal invitation of the family.

Florian Prüstel paid his last respects to his driver and his team. Among the guests were FIM President Jorge Viegas, Dani Pedrosa, Tom Lüthi, Dominique Aegerter, Jesko Raffin, Daniel M. Epp and numerous other people from the Swiss motorsport scene.

In front of the church, hundreds attended the ceremony over the loudspeaker. After the funeral service, an impressive procession formed. Up to 500 motorcyclists followed the hearse on the way to the Sorens cemetery. In his home village, Dupasquier was buried in close family circles.

Lüthi was a close friend and mentor of the young racing driver, who was only 19 years old. “We were simply closely connected through our shared passion”, Lüthi is quoted by ‘Blick.ch’. “We often trained together and had joint sponsorship events.”

“It made me happy to see him on the right path in the World Cup. I saw how much he worked for it. It is very difficult as a Swiss racing driver to get as far as him. The whole situation is still there Incomprehensible and incomprehensible. There is a great void. It will take time to process everything. But it continues anyway. “