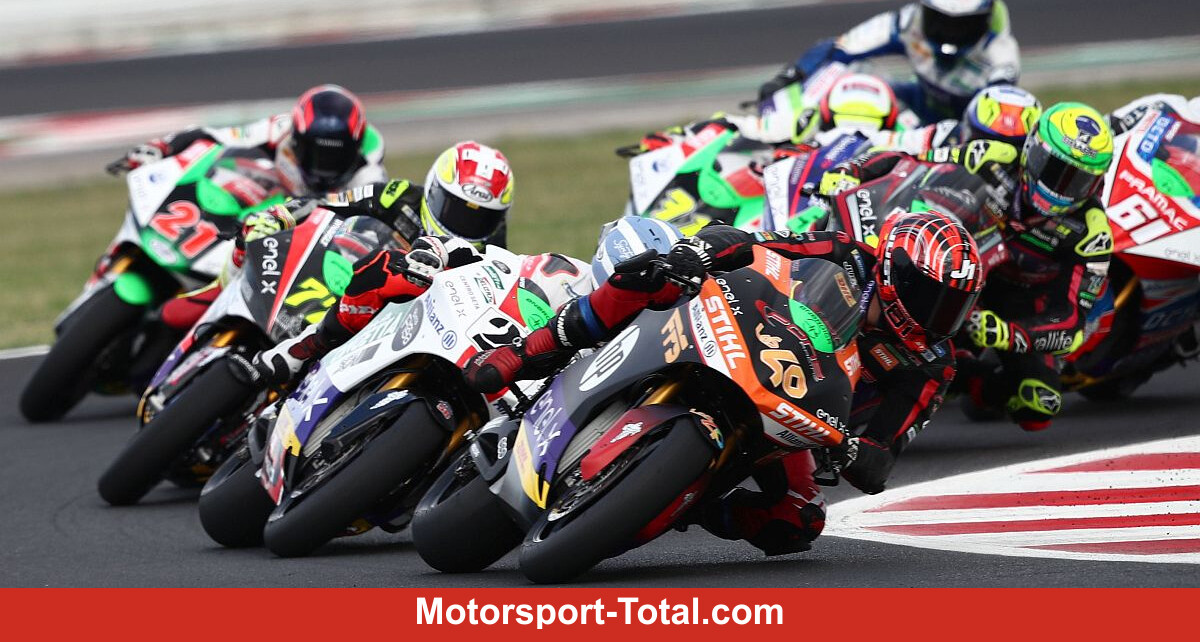 (Motorinformed.com) – Although the races of the MotoE World Cup offered good entertainment in their third season from a sporting point of view, the series failed again because of the big shadow of the three combustion classes. With the arrival of Ducati (more information), the series is about to start a small revolution. After four years with Energica standard machines, Ducati will take over from the 2023 season and has a clear vision.

The MotoE motorcycles should be significantly lighter if Ducati has its way. The standard machines from Energica currently weigh around 260 kilograms. That’s about 100 kilograms more than a MotoGP bike. Much of the weight is due to the battery.

“The motorcycle should be as light as possible,” explains Ducati Managing Director Claudio Domenicali. “In addition, we will use the knowledge that we were able to gather in MotoGP. These will flow directly into this motorcycle in order to create a product with a strong performance.”

Ducati Corse boss Luigi Dall’Igna is to lead the MotoE as well as the MotoGP and WSBK projects. The charismatic Italian does not shy away from that. On the contrary: Dall’Igna sees MotoE as an additional playground for researching technologies.

Luigi Dall’Igna is looking forward to the MotoE project Zoom

“For an engineer, an electrically powered motorcycle is nice because you can develop a lot of different strategies to determine how best to use the energy of the battery or how to get the energy into the battery,” comments Dall’Igna.

“There are many different areas that an engineer can enjoy. I am really looking forward to dealing with the MotoE bike. I would like to get started right away,” explains the Ducati Corse boss, referring to the MotoE entry in the 2023 season.

The MotoE remains a World Cup

For those responsible for MotoE it was clear that the series had to take the next step after four years with small series manufacturer Energica. According to Dorna managing director Carmelo Ezpeleta, several manufacturers were in the running for successors.

“We talked to a few manufacturers,” admits the CEO of MotoGP rights holder Dorna. “Then we had a conversation with Ducati. Their project was in line with our goals.”

Dorna is sticking to the concept of the World Cup with standard motorcycles. Due to the still young stage of development, there have not yet been any efforts to start an open competition with various manufacturers.

Ducati promises strong performance with the help of lightweight construction

But even if standard motorcycles will continue to be used in MotoE, the series should become much more attractive due to the Ducati entry. The Italians can fall back on the technologies of the Volkswagen Group, which in the recent past has clearly committed itself to the topic of electromobility.

While the Energica bikes, with their around 150 hp and high weight of 260 kilograms, drove lap times at Moto3 level, there should be a significant leap in performance from 2023.

“There is always this perception that electrically powered vehicles are boring,” says Ducati CEO Claudio Domenicali with astonishment. “I drove cars with more than 1,000 kilowatts of power and that was the most impressive experience I’ve ever had.”

Claudio Domenicali comes out as a fan of Zoom e-vehicles

“The throttle response is very direct. They are interesting drives. The biggest problem with an electrically powered motorcycle is currently the weight. That is the biggest challenge in this project,” the Italian is aware of, who is already making efforts in the car division Recognizes the topic of lightweight construction.

Ducati would like to use the experience of the Volkswagen Group, especially that of the VW subsidiary Porsche, for the development of the MotoE machine. “We won’t lag behind in terms of performance,” promises Domenicali. “Then we have to talk about the sound. That’s a different story. Maybe we can find a solution for the sound too.”

Does Ducati annoy its hardcore fans?

Ducati stands for motorsport and emotions like hardly any other brand. Are the Italians jeopardizing this image through their MotoE commitment, with which many petrolheads cannot identify?

“The Ducatisti form a large community made up of very passionate people who have a high level of knowledge. This community is constantly growing. Of course there is also a more conservative part. Those are those who, for example, complain about the missing tubular space frame on the Monster -Models complain, “notes Domenicali.

“These people have a close bond with tradition. These people, who are in the minority, want a motorcycle with an air-cooled two-valve engine and space frame. Times change. We have seen many different times,” said the Ducati CEO clear.

A few years ago, Ducati saw a change in superbikes. After more than 30 years, the era of the V2 superbikes came to an end. This step did not meet with enthusiasm from all Ducatisti, it was necessary in order to remain competitive in the Superbike competitions.

Domenicali can imagine that one day electric motorcycles will succeed the combustion engine or will be used in parallel. “We are convinced that an electrically powered motorcycle makes sense for the future as soon as it is light enough,” said the Ducati CEO.