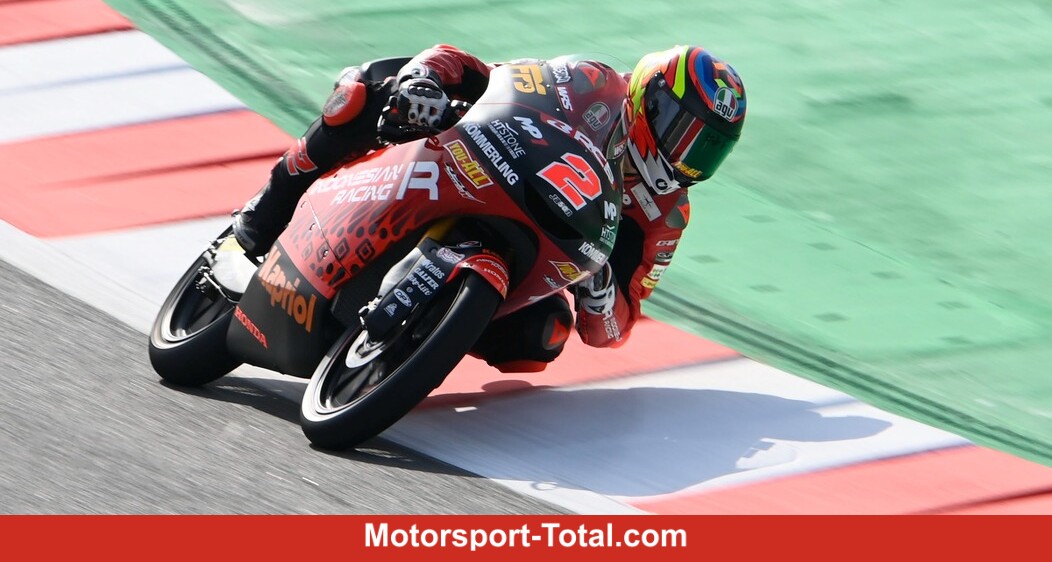 (Motorinformed.com) – Gabriel Rodrigo has secured pole position for the Grand Prix of Catalonia in the Moto3 class. The Argentine lapped the Circuit de Barcelona-Catalunya with 1: 47.597 minutes. The Gresini team worked perfectly together as Jeremy Alcoba qualified second.

It was Rodrigo’s first pole position in the 2021 season. Niccolo Antonelli (KTM) completed the front row behind the two Honda drivers. Pedro Acosta (KTM) played no role in the top field and is about to catch up on Sunday (Q2 result).

After the tragic events in Mugello seven days ago, some drivers decided to do their qualifying laps on their own. On the other hand, there was the usual waiting game for a slipstream between other drivers.

The time gaps were relatively large in the first positions. Stefano Nepa (KTM) was fourth, seven tenths of a second behind. Places five and six went to Izan Guevara (GasGas) and John McPhee (Honda).

Tomorrow Darryn Binder (Honda), Tatsuki Suzuki (Honda) and Jaume Masia (KTM) will line up on the third row of the grid. So far there have been no penalties and relocations on the starting line-up.

Acosta didn’t get a good lap in the first section. Once the world championship leader got off the track at turn 13 and was lucky enough to prevent a fall. Finally, Acosta finished eleventh, 1.2 seconds behind. That means starting position 25 (Q1 result).

McPhee secured the best time in the first section with 1: 48.529 minutes. In addition to the Scot, Xavier Artigas (Honda), Masia and Riccardo Rossi (KTM) also made it into Q2. Andrea Migno (Honda) crashed on his last attempt at Turn 5 and failed to make it into the second section in seventh place.