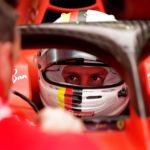 It was during an interview that Sebastian Vettel told the journalist who asked him THE question of his astonishment. In this case, the interviewer was asking him what – or almost – everyone thinks he knows, if he still has what it takes to be competitive in Formula 1.

” I’m a little shocked at the way you worded your question“, Responds a visibly stunned Sebastian Vettel. Before continuing: ” Formula 1 is a fast paced world. We drive the fastest cars and you will always be after your last race. We’ve had a tough season and there have been times when I haven’t shown my best performance, but I’m confident that I can perform well in the car. I feel that nothing has changed. I’m a little bit surprised. He continues.

In all likelihood, Sebastian Vettel is therefore not questioning his ability to be fast and efficient in Formula 1. Which, in a way, is quite a good thing, on the eve of a new challenge with Aston Martin. However, such an attitude (a questioning, at first glance almost zero) could also play tricks on him and prevent him from succeeding with the English team. Unless the problem – because there is indeed a problem – comes from the deterioration of his relationship with Ferrari. Something that we are ready to believe, of course …