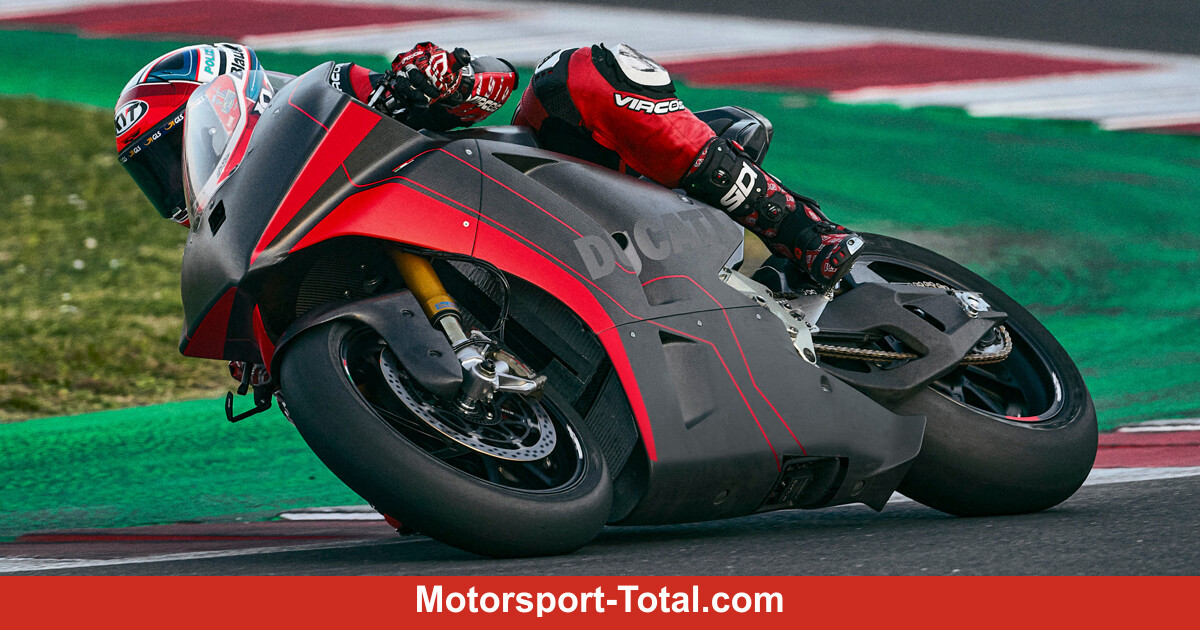 (Motorinformed.com) – Ducati completed the first test with the new prototype for MotoE before the turn of the year. From the 2023 season, the Italians will equip the electric series, which is part of the MotoGP supporting program, with standard machines and will then succeed Energica. Michele Pirro drove the first version of the new MotoE bike from Bologna in Misano and praised the handling of the Ducati V21L.

Michele Pirro on the new Ducati V21L for MotoE 2023
zoom

“The motorcycle is light and already has a good balance. In addition, the immediate throttle response and ergonomics are very similar to a MotoGP bike,” praised Pirro. Ducati has set itself the goal of keeping the weight low when developing the MotoE machine. The current MotoE bikes from Energica weigh around 260 kg and are therefore around 100 kg heavier than the MotoGP bikes.

Pirro is enthusiastic about the driving behavior of the MotoE prototype. “If it weren’t for the noiselessness and the fact that we decided in this test to limit the performance to only 70% of the performance, I could easily have imagined that I was sitting on my motorcycle,” explains the Italian.

For Ducati, the MotoE entry is a milestone and an outlook into the future. “It was very exciting to test the MotoE prototype on the racetrack because it marks the beginning of an important chapter in Ducati’s history,” said Pirro.

Ducati sees the MotoE project as a playing field for the development of technologies that will later also be used in series production. “The goal is to develop an electric vehicle for road traffic that is sporty, light and exciting as soon as technology allows,” said a message from the manufacturer from Bologna.