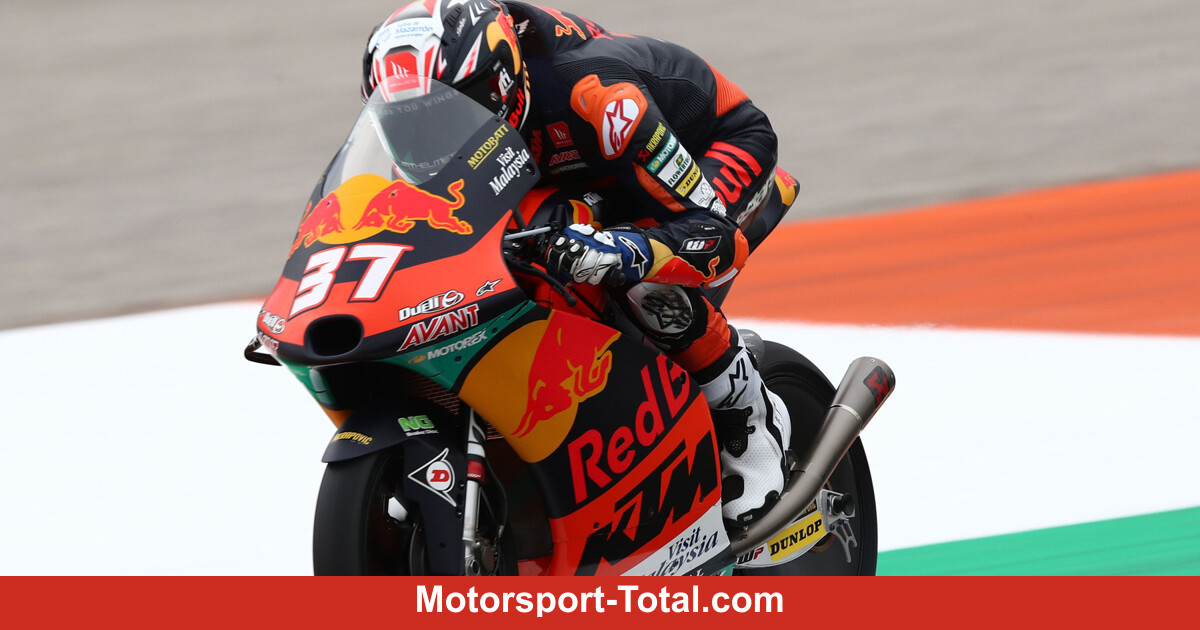 (Motorinformed.com) – Moto3 world champion Pedro Acosta has secured pole position for the 2021 season finale in Valencia. The KTM rider lapped the Circuit Ricardo Tormo with 1: 38.668 minutes. For Acosta it was the first pole of his career in his triumphant rookie season.

For the first time, Pedro Acosta starts from the best starting position
zoom

On his last flying lap, Acosta was three tenths of a second faster than Tatsuki Suzuki (Honda). Izan Guevara (GasGas) completed the front row. So two Spaniards start from the top 3 in the home race.

The final race on Sunday is still about the constructors’ championship. KTM is 18 points ahead of Honda. In order for KTM to win this classification for the fifth time, the best rider in the top 9 has to cross the finish line.

At the beginning of the first section, Ayumu Sasaki slipped in Turn 8. It was a harmless crash and the KTM rider was able to continue. Seconds before the time was up, Sasaki crashed a second time, this time with a heavy highsider in Turn 8.

The Q1 best time was secured by veteran Antonelli with 1: 39.159 minutes. The Italian was 0.063 seconds faster than local hero Sergio Garcia (GasGas). Xavier Artigas and Lorenzo Fellon (both Honda) also made it into Q2 (Q1 result).

Adrian Fernandez (Husqvarna) missed Q2 in fifth by just 0.018 seconds. For Jaume Masia (KTM) it was also the end of the day. The Spaniard’s personal fastest time was canceled due to track limits in Turn 6. Masia finished ninth. Riccardo Rossi (KTM) did five laps, but did not set a lap time and qualified last.

Andi Farid Izdihar (Honda) was injured in a fall in the third free practice session. The Indonesian broke his right hand in the crash. So his weekend is over.