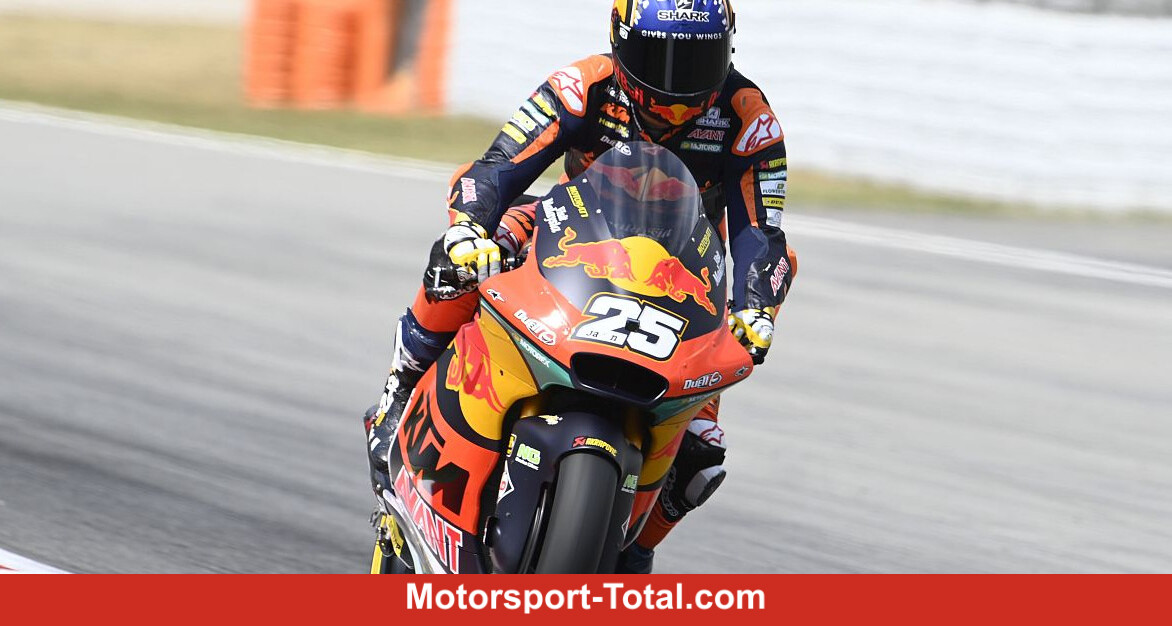 (Motorinformed.com) – Kalex driver Raul Fernandez has secured the fastest time in the third free practice of Moto2 in Assen. The Spanish Moto2 rookie lapped the course in 1: 36.511 minutes and was almost two tenths of a second faster than VR46 driver Marco Bezzecchi (Kalex).

However, the FT3 did not run completely smoothly for sensational rookie Raul Fernandez. The Ajo rider crashed into turn 3 in FT3, but was uninjured. After a rather harmless front wheel slide, Fernandez was able to straighten his Kalex and continue training.

Jorge Navarro (Boscoscuro) was the best non-Kalex driver in third. Navarro was the only rider in the top 18 who didn’t ride a Kalex. The best MV Agusta landed in 19th position. The NTS duo took the last two positions.

World Championship leader Remy Gardner (Kalex) landed in sixth position in the FT3 and can save himself the detour via Q1 on Saturday afternoon. Marcel Schrötter and Tom Lüthi (both Kalex) also qualified directly for Q2.

Schrötter finished the final free practice before qualifying in the afternoon in 13th position. The German was 0.547 seconds back. Ex-team-mate Tom Lüthi trembled into Q2 as 14th. The Swiss missed the fastest time by 0.550 seconds and relegated local hero Bo Bendsneyder (Kalex) to 15th position.

Ocon: Little set-up tips behind Alpine F1’s Qatar kind
McLaren Unboxed | A Bad Hand | #QatarGP
Hyundai unveils last model of its 2022 automobile
Romain Febvre operated after the accident on the Paris Supercross
“It’s a must to be very suspicious” of Verstappen