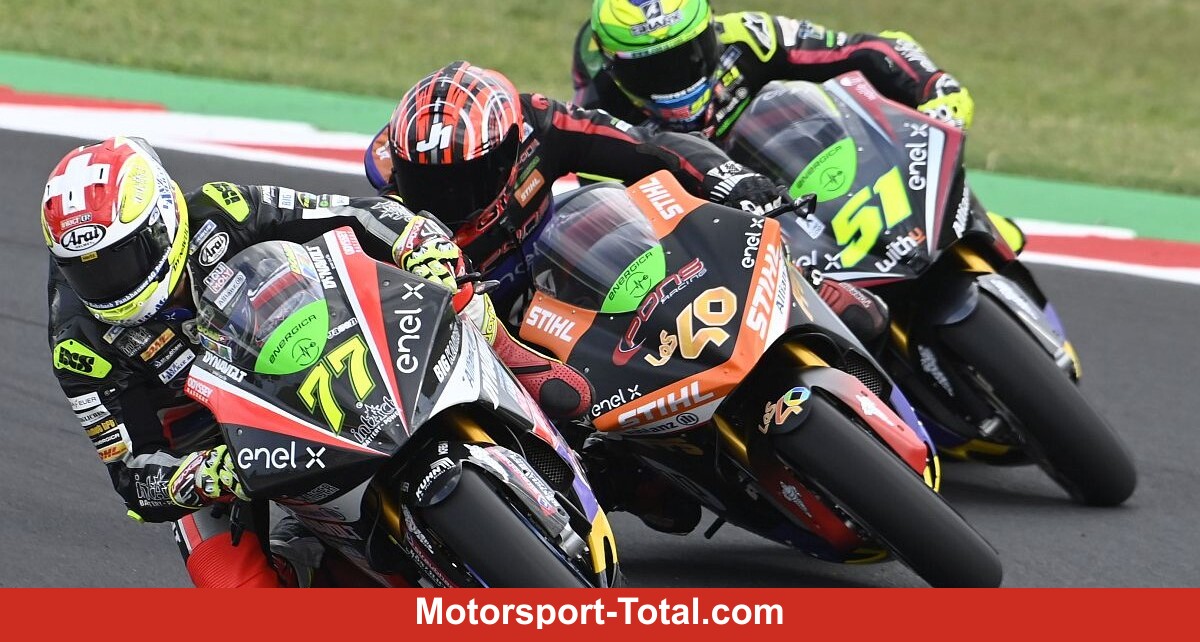 (Motorinformed.com) – Dominique Aegerter will also start in two racing series in 2022. On the one hand, the Swiss will try with the Ten Kate team to defend the world title in the Supersport World Championship. On the other hand, he’s back on the hunt for the MotoE title with IntactGP.

Dominique Aegerter is one of the top riders in MotoE
zoom

It will be Aegerter’s third season with the German team in the racing series with electric motorcycles. In 2020 he finished third in the championship with two wins this season. In the past season it did not work out with a win. Aegerter was runner-up.

A tight program awaits the 31-year-old in the coming year. In future, MotoE will contest two races each seven weekends. In addition, the calendar of the Supersport World Championship includes twelve racing weekends.

“It’s great that FIM has set up the calendar in such a way that there are no overlaps,” says IntactGP team boss Jürgen Lingg. “‘Domi’ has certainly been one of the strongest drivers in the past two years.”

“He would have more than deserved to leave the field as a World Cup winner. He has everything it takes to win the title. So we want to fight for the overall victory of the cup again next year. I am really convinced that anything is possible. “

Especially after the season finale 2021, Aegerter still has an account with MotoE. Aegerter was punished for an overtaking maneuver against Jordi Torres in which the Spaniard fell. Therefore, he lost the championship title and Torres won the World Cup.

“To start in two championships will definitely be an exhausting and exciting season,” says Aegerter. “The current status is 20 race weekends with two races each, as there will always be a double event in MotoE next year too.”

“I’m already looking forward to the new qualifying format that will come next year. Our goal is to fight for the podium in every race so that we can finally be at the top of the points table at the end of the season.”

“I was now third and second, so the goal is clearly to win the title,” said Aegerter, referring to his claim. “I will spend the next few weeks in Switzerland, preparing myself mentally and physically before I travel to Spain in January or February to train more intensively with the supermoto and motocross bike.”

M-Sport reveals a colourful Ford Puma for the 2022 WRC
For Ezpeleta, Petrucci’s profitable Dakar reveals the extent of MotoGP
A Pedro Acosta bend in Cartagena – GP Inside
Regardless of his massive crash, Breen’s confidence stays ‘excessive’
LIVE: Watch the WRC 2022 season launch