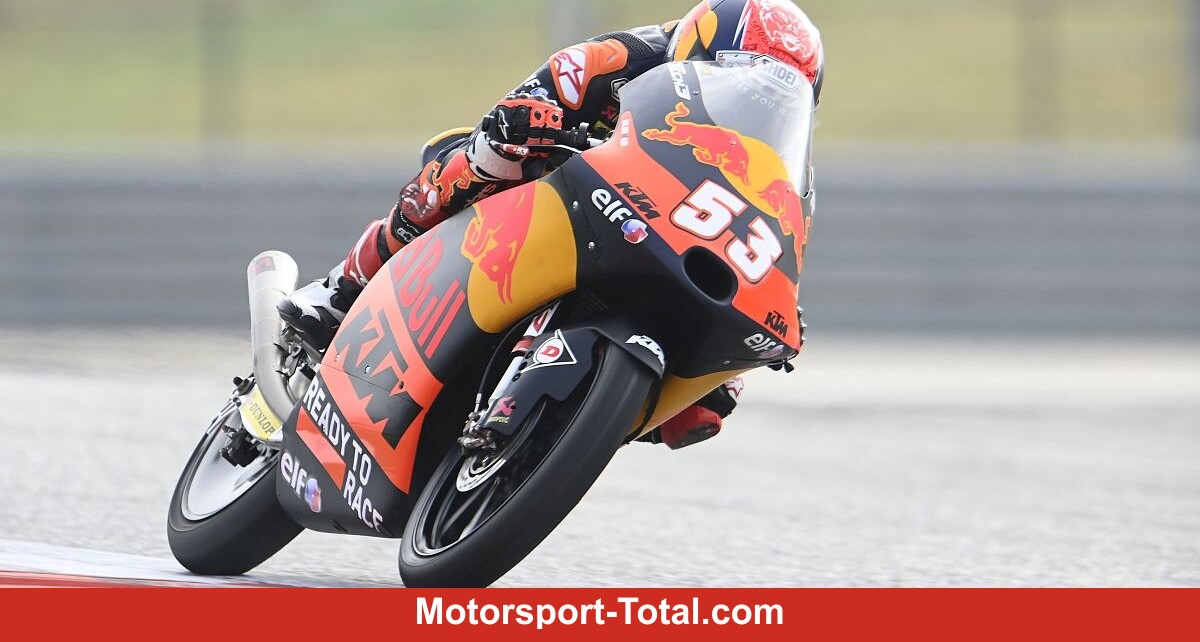 After two races, Deniz Öncü is back at the season finale
zoom

The weather showed its better side on Saturday morning than on Friday. It was cloudy and cool, with an air temperature of 14 degrees Celsius, but the track was dry. No rain is forecast for the rest of the day.

The drivers used the time extensively to do many laps. It didn’t start well for Andi Farid Izdihar, who crashed in Turn 2. He then held his left wrist as he trudged through the gravel bed towards the guardrail.

In the final minutes there was a time hunt for the first 14 places, which mean the direct qualification for Q2. Shortly before the time was up, Joel Kelso (KTM) fell and caused the yellow flags in Sector 1. Kelso will also replace Maximilian Kofler in the CIP team this weekend.

In the end, three KTM riders topped the timesheet. Öncü was 0.099 seconds faster than Acosta with 1: 39.256 minutes. Kelso was able to put himself in third place before the fall.

Andrea Migno was the best Honda rider in fourth. They were followed by Carlos Tatay (KTM), Foggia, Izan Guevara (GasGas) and Stefano Nepa (KTM). Darryn Binder (Honda) secured ninth place with his Friday time and a place in Q2.