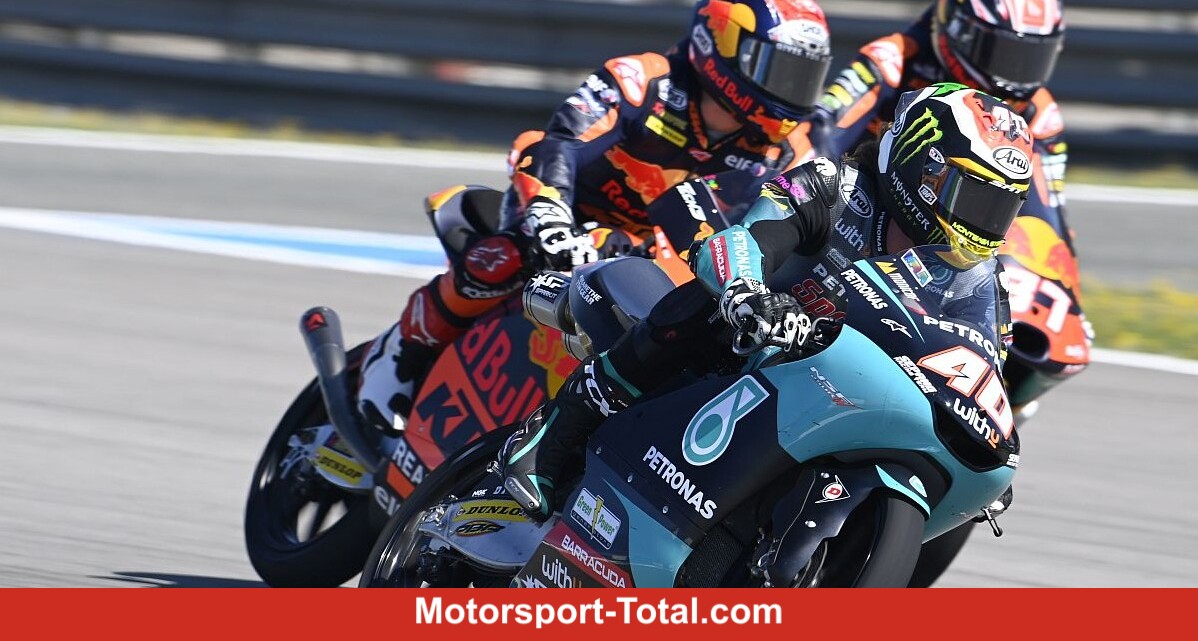 (Motorinformed.com) – Darryn Binder (Honda) set the fastest time in the second free practice session of the Moto3 class for the Italian Grand Prix. The South African lapped the Mugello course in Tuscany with 1: 56.661 minutes. Pedro Acosta (KTM) had a crash and finished the day 16 (on the result).

The second training took place in sunshine and optimal spring weather. From the beginning the drivers pushed and the times got faster and faster. Track limits at the exit of the target curve were an issue because the speed on the long straight is very important.

A quarter of an hour before the end of training, a KTM was lying in the gravel trap in Bucine (target curve). World Championship leader Acosta had slipped the front wheel at the apex. Nothing happened to the Spaniard. Despite several overturns, he returned his bike to the pits.

Since the damage to the KTM could not be repaired quickly, Acosta had to watch the final minutes from the pit. It was the only crash in the Moto3 class on Friday. In the final minutes there was the obligatory time hunt. (Scroll through all the action in the ticker!)

The slipstream played a major role. Binder set the fastest time right behind Andrea Migno (Honda). As a result, the South African was almost two tenths of a second ahead of Dennis Foggia (Honda). Another Honda driver, John McPhee, followed in third place.

The veteran Romano Fenati finished fourth with the Husqvarna. He was already half a second behind. Gabriel Rodrigo (Honda), who drove a lot alone, rounded off the top 5. With a total of six drivers in the top 10, Honda had the upper hand.

Many more vehicles confirmed and screenshots
“Quartararo might be champion; when, no matter”
Bautista and Haslam are following in San Juan
LIVE | British GT – #DoningtonDecider Warm-up – R9
Zero tolerance in Avintia Esponsorama after the false PCR take a look at