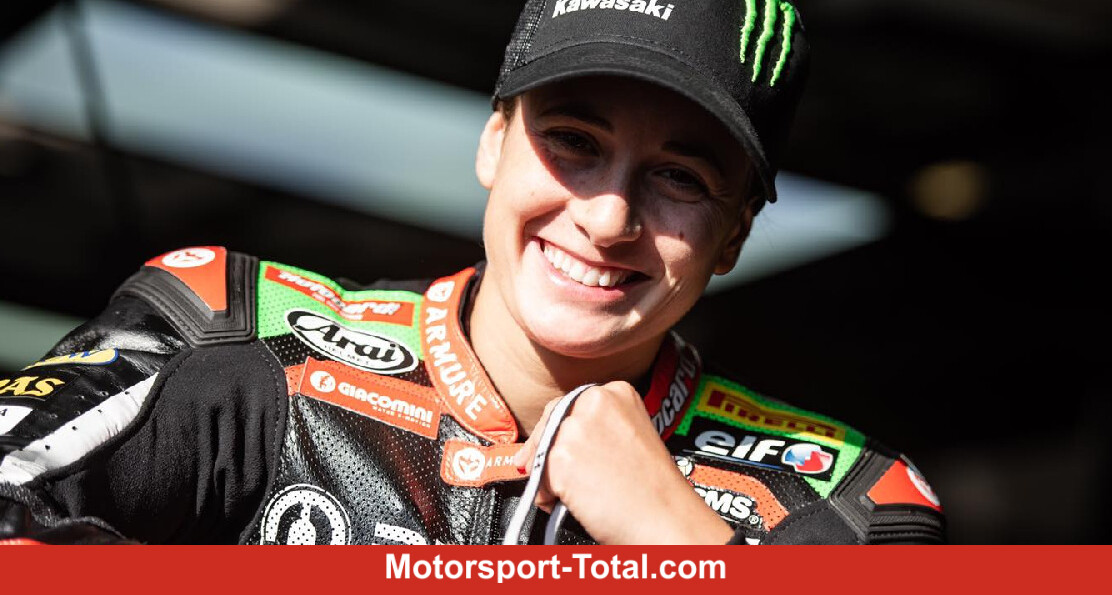 In the 2017 season, Carrasco made its debut in the series-based championship, which is held as part of the Superbike World Championship. Carrasco made history by winning the title in the 2018 season.

She was crowned the first woman to win an FIM Road World Championship. In 50 races she has made it onto the podium twelve times and has taken seven wins and three pole positions.

Saying goodbye to the WSBK paddock and Kawasaki is not easy for Carrasco. “Racing is tough, not just on the track where people can see it. It’s also tough in those moments when you have to make difficult decisions,” she comments.

“I always pursue the goal of developing as a driver, setting myself new goals that others consider unrealistic and then achieving them,” she says, explaining her motivation. “This opportunity in Moto3 is a logical step, even if it’s emotionally difficult. I want to thank everyone at Kawasaki. I felt like part of their racing family.”

Kawasaki Team Manager Guim Roda regrets that Ana Carrasco will no longer be riding for Kawasaki: “Ana’s move to Moto3 marks the end of our journey that we started together in 2018. We are proud to be a part of history. The Kawasaki Ninja will forever be remembered as the bike on which a woman won an FIM Championship.”