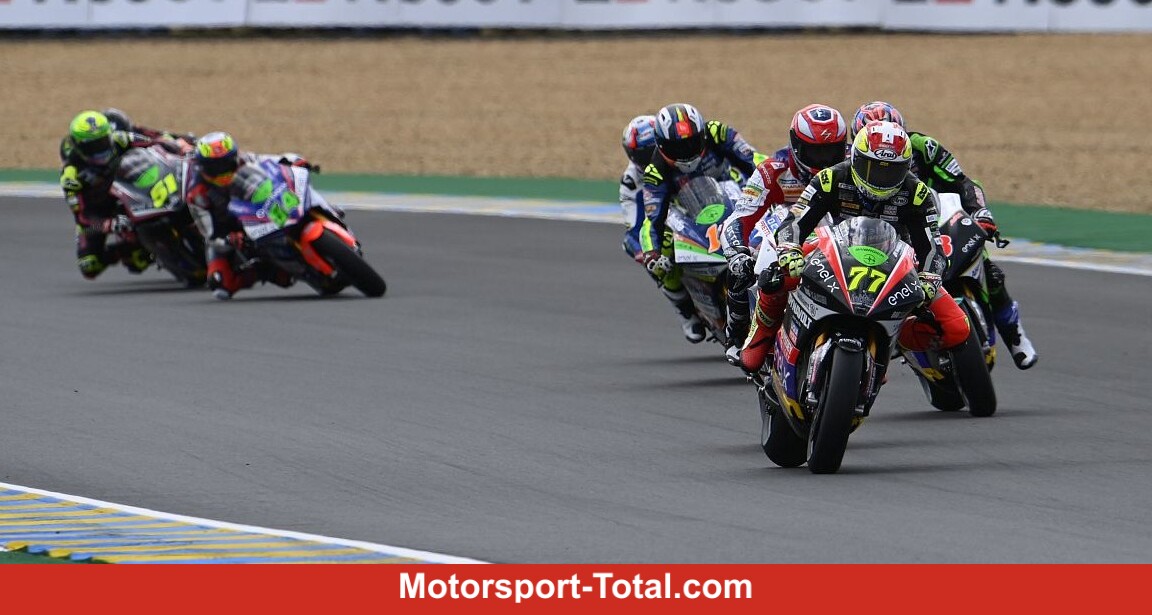 (Motorinformed.com) – After Dominique Aegerter and Lukas Tulovic fought for the podium in a tight MotoE race at Le Mans, the two were not satisfied with their final haul. Aegerter missed the podium in fourth, Tulovic crossed the finish line in seventh place, just under a second behind.

“There is no way I can be satisfied with fourth place,” said Aegerter. “At the start I didn’t get off badly and was right in the top group. After that, I divided my race well and I always made sure to be well positioned. Everything went according to plan.”

Aegerter pushed away on the final round

“Once Granado pushed me far outside and because I lost some speed because of this action, Casadei slipped through on the inside. A few corners later I tried to attack him, but he was in a better flow. It was unfortunately not enough. “

For the future, Aegerter wants to come up with a different tactic, “so that we are stronger in the end,” he says. “Nevertheless, we are absolutely among the strongest in this field and we can also count on our common experience. That will definitely help us in three weeks.” Then the MotoE guest in Barcelona.

Tulovic scored his first points in seventh place in Le Mans – the German fell at the season opener in Jerez. Like Aegerter, however, he was not satisfied with the end result. Because after a strong start phase, in which Tulovic fought his way from twelfth to third, there was actually a podium for him too.

“In the race we showed again that we have the speed to fight for the podium. Only the starting position was very difficult and dangerous on the first laps. There were a few crashes, but this time I was able to benefit from them and myself apart move forward in the third position, “summarizes the German.

“Then I was behind Zaccone and Aegerter and I felt really good on the bike. In the middle of the corner I was super strong, but it was so difficult to overtake them and on the last lap it was just bad luck. Granado went on that Inside of Aegerter, we both had to go far and I lost three positions. “

“I tried to overtake Torres, had to turn the gas back on and that was the end of the race. I’m disappointed to finish seventh after having really good speed here at Le Mans, but we will analyze everything and come back stronger in Barcelona, ​​”he promises.