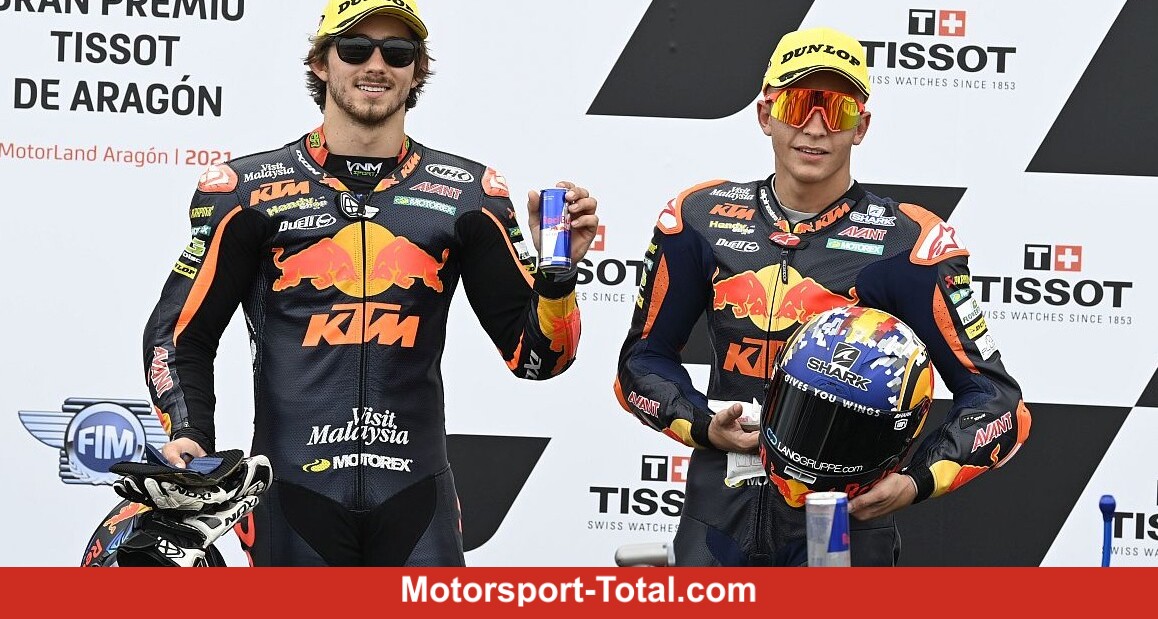 (Motorinformed.com) – Fabio Quartararo was crowned the new world champion in the third from last MotoGP race of the 2021 season. In the two small classes, the decision is still open. In terms of figures, Remy Gardner could become Moto2 world champion and Pedro Acosta Moto3 world champion next weekend in Portimao (Portugal).

Remy Gardner is 18 points ahead of Raul Fernandez
zoom

Gardner travels to the penultimate race of the year with an 18-point lead over his team-mate Raul Fernandez. Since Fernandez has celebrated seven wins in his rookie season so far and Gardner only four, if the points were equal, Fernandez would win the title.

So Gardner has to collect eight championship points more than Fernandez in Portimao to finally close the sack. If the Australian wins, then his Spanish competitor can only finish third.

Moto3: Foggia was almost 100 points behind

For long stretches of the season, rookie Pedro Acosta (KTM) seemed to be heading for the world title in the Moto3 class without risk. Sergio Garcia (GasGas) recently had to skip two races due to an injury and mathematically buried his World Cup hopes.

Nevertheless, it remains exciting, because Dennis Foggia has been racing to catch up in the past few weeks. On August 8th, Acosta started the second half of the season with his fifth win in Spielberg. Foggia was there 22.

At this point, Foggia was 97 championship points behind Acosta. In eight races still to be driven, that was almost four race wins. Since Spielberg 1, Foggia was third, third, first, first, second and first.

Acosta achieved third place as the best result in the same period. As a result, his point lead shrank to 21 points. Foggia has caught up 56 points in six races. Foggia and Acosta hold five wins each season ahead of Portimao.

The Spaniard has to collect five points more than Foggia to be Moto3 world champion early next weekend. It is already clear that Acosta will compete for Ajo Moto2 in 2022, while Foggia will remain in the Moto2 class for Leopard.