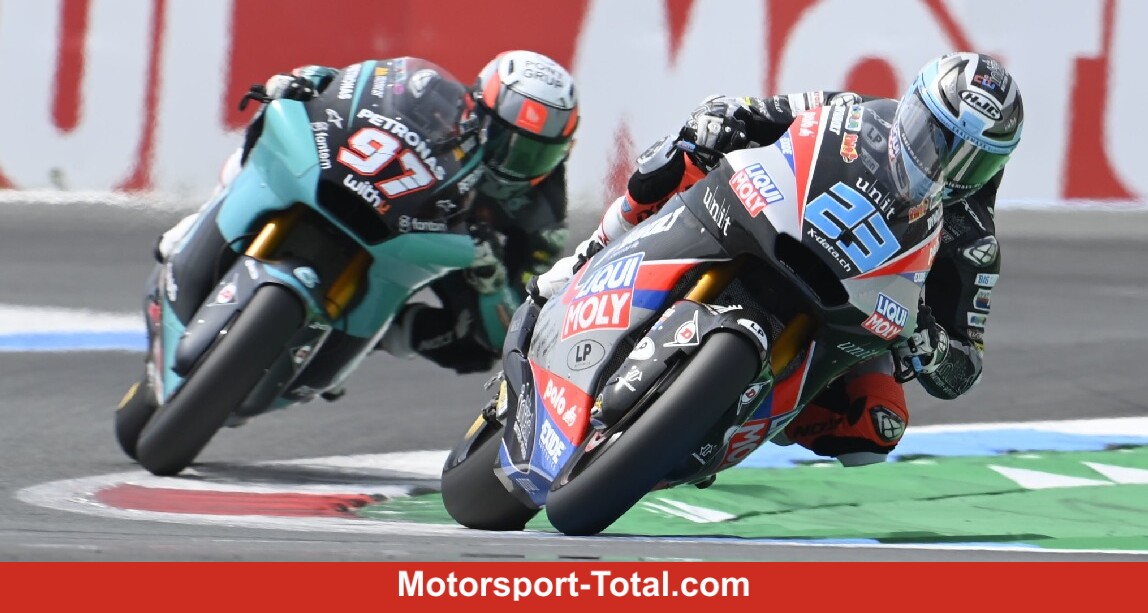 (Motorinformed.com) – From position 13 on the grid, Marcel Schrötter showed a strong initial phase in the Moto2 race in Assen and advanced to sixth, but lost positions again as the race progressed and finally crossed the finish line in ninth place.

The German lost 16 seconds to race winner Raul Fernandez, who had even fallen behind Schrötter because of an early mistake.

“It was definitely a good improvement again, even if the race was not necessarily great,” admits the IntactGP driver. “But I had a good start and also a good first lap. That is extremely important in this class.” Nevertheless, he is not 100 percent satisfied with his own performance.

“I made several minor mistakes that haven’t happened to me in the last few races. In addition, I jumped out of gear twice in the first-gear corner. That was very annoying because you lose an incredible amount of time there.”

That ultimately cost him the connection to the front, analyzes Schrötter. “I think if that hadn’t happened, Xavi Vierge and Jorge Navarro would hardly have caught up with me. In the end it cost me two places while Ai Ogura was already within reach by then.” Ogura finished sixth.

But Schrötter knows: “It would have, if and but, doesn’t help. On the other hand, we were also a little lucky that our direct opponents failed in the point table.” He means Fabio Di Giannantonio and Aron Canet, who both fell. Between him, the German is sixth in the World Cup.

Schrötter wants to find solutions during the summer break

“Nevertheless, we have to keep working hard to become even more competitive. It would be best if we succeeded in taking this step in the first race after the summer break.” This will take place on August 8th in Spielberg.

Schrötter wants to use the break. “The current state of the championship may even gloss over what it actually looks like a bit. That doesn’t mean that we are nowhere near as good where we are at the moment, but for some races we have been living off our consistency and not because we are to be among the fastest. “

“I want to say that we really have work ahead of us and that during the long break everyone should think about what can be changed or how all sides can help to get better,” Schrötter appeals to himself and the IntactGP team .

“Otherwise it is important to switch off in the next few weeks for the time being and enjoy normal life a little again, which will hopefully become more normal every day. Having fun with friends shouldn’t be neglected before the last two , starts again with targeted training for three weeks. “

MXGP, Tim Gajser to Lommel’s check to place everybody again in line
The whistles give me power
Why Hamilton’s Verstappen ‘gamesmanship’ wasn’t an F1 guidelines breach
Blancpain Endurance Series – 2014 – Season Short Highlights
Crutchlow to exchange Morbidelli at Spielberg and Silverstone – GP Inside