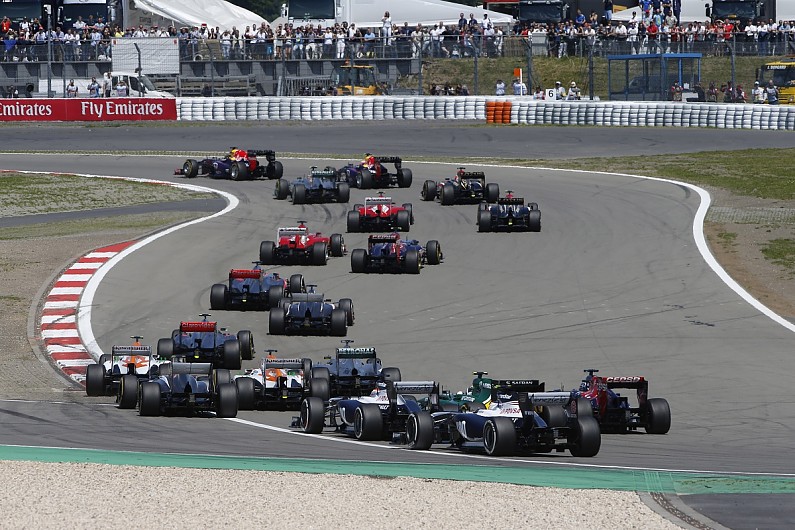 After a week off Formula 1 resumes its shaken-up 2020 season with a new race, the Eifel Grand Prix at the Nurburgring.

The F1 paddock heads to another race which wasn’t on the original 2020 calendar before the COVID-19 pandemic, with the Nurburgring Grand Prix circuit hosting the Eifel GP on 9-11 October.

Hamilton has another opportunity to move level with Michael Schumacher at the top of the all-time F1 wins list after missing his first chance to reach that feat at the Russian GP.

But the key talking point coming into this weekend will be the reaction to Honda’s shock announcement that it will withdraw its F1 engine programme at the end of 2021, leaving both Red Bull and AlphaTauri searching for a new engine partner.

In the F1 midfield the competition continues to hot up with McLaren holding on to third place in the constructors’ standings by just two points from Racing Point, with Renault, Ferrari and AlphaTauri also closing the gap after the Sochi race. 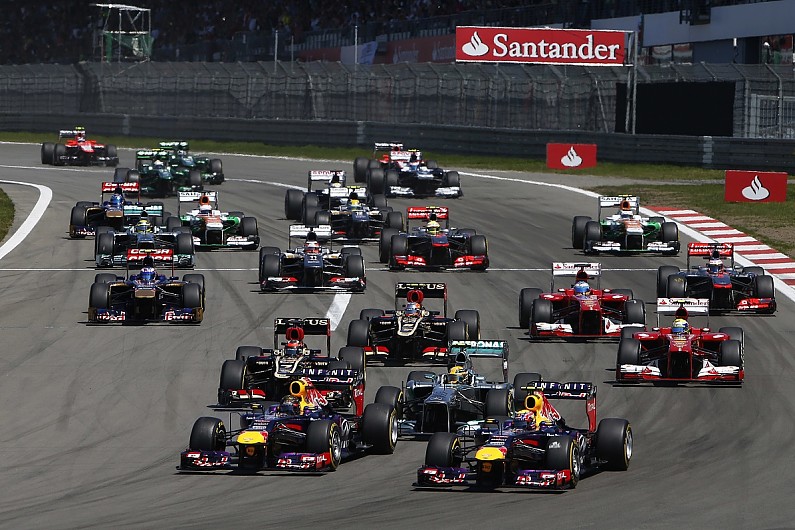 What is the Eifel GP?

The previous ‘new’ races on the redrawn 2020 F1 calendar were either part of double-headers at the same circuit (Styrian GP at the Red Bull Ring and 70th Anniversary GP at Silverstone) or races taking a new name as the national race title was already used (Tuscan GP at Mugello).

With different races not allowed the same name in the same F1 world championship season, Mugello’s F1 race and the Red Bull Ring’s second race were named after the region the circuits are situated in. The second Silverstone race was named as a way to celebrate the 70th year of the F1 grand prix world championship.

While there was no German GP initially on this year’s calendar, following Hockenheim’s omission for 2020, the Nurburgring’s stand-in race has been named after the area the circuit is located in, while also giving a nod to the wider region as the Eifel mountains stretch across Germany, Belgium and Luxembourg.

Later this year a third race will take place in Italy, when the series returns to Imola for the first time since 2006. The race will be called the Emilia Romagna GP which is also named after the region the track is located.

The final unique race name for the unconventional 2020 calendar is the second Bahrain race, which will be called the Sakhir GP, which is also named after the region the track is based.

Why is F1 racing at the Nurburgring?

Due to the redrafted 2020 F1 calendar following the coronavirus pandemic and subsequent cancellation of 13 races, series bosses have scrambled to produce a campaign of a minimum of eight races to meet FIA world championship criteria along with reaching a minimum of 15 races to fulfil the TV broadcasting deal.

As well as hosting double-headers at the Red Bull Ring, Silverstone and Bahrain, F1 will also head to venues not on the original 2020 calendar, with the Nurburgring the second of the new destinations, following on from Mugello. Over the next two months the paddock completes its one-off stint of unexpected races at Imola, the Algarve International Circuit and Istanbul Park. 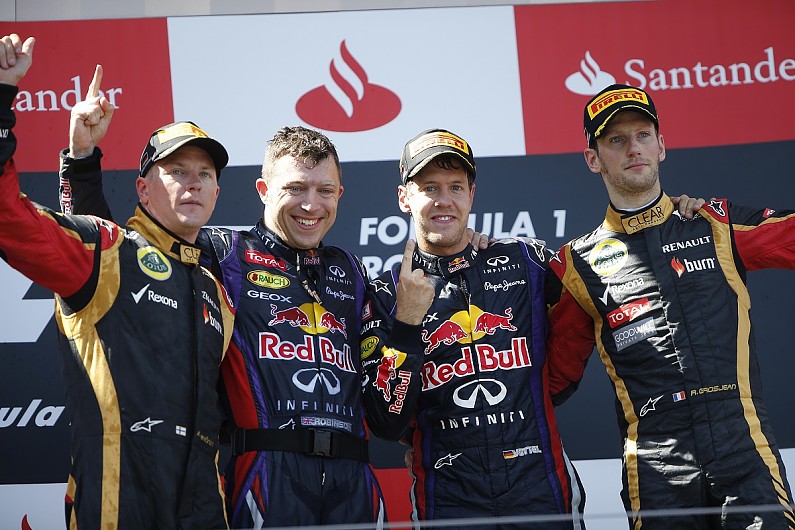 When was the last time F1 raced at the Nurburgring?

F1 last raced at the grand prix track in 2013 which was won by Sebastian Vettel for Red Bull ahead of Lotus pair Kimi Raikkonen and Romain Grosjean before falling off the calendar due to financial reasons.

The Nurburgring has remained a popular venue for other series including the World Endurance Championship and the DTM, while the iconic Nurburgring 24 Hours was held last month behind closed doors.

When did F1 last race on the Nordschleife?

F1 last hosted a grand prix at the Nurburgring Nordschleife in 1976, remembered for Niki Lauda’s crash in which he suffered serious burns and was left fighting for his life. The race was restarted after Lauda’s crash and won by James Hunt.

F1 wouldn’t return to the Nurburgring until 1984 to compete on the newly-constructed Grand Prix circuit layout. 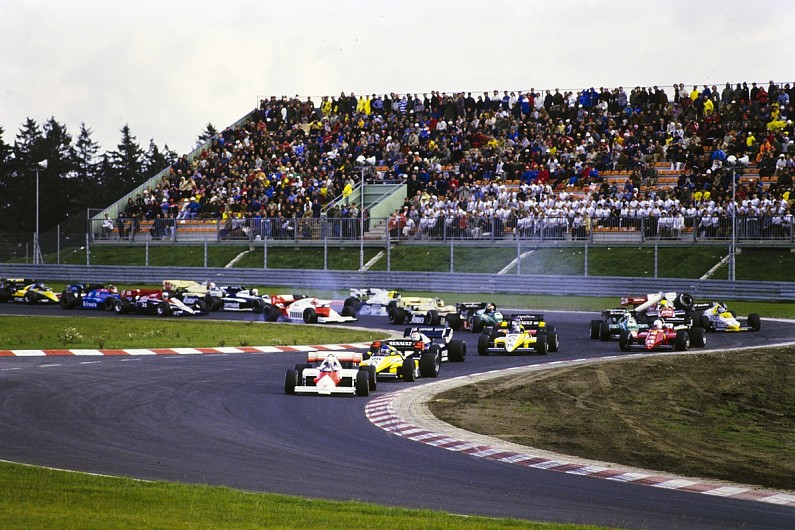 Will fans be allowed at the Eifel GP?

Race organisers have been granted permission to open the circuit to spectators with 20,000 tickets going on sale spread across the Eifel GP race weekend. For more information on the availability of tickets for this season’s F1 races go to Motorsport Tickets.

F1 is sticking to its traditional format of two free practice sessions lasting 90 minutes each on Friday, followed by an additional practice session running for one hour on Saturday morning.

The Q1, Q2 and Q3 knockout-style qualifying format is also being retained on Saturday afternoon to decide the grid for the 60-lap Eifel GP on Sunday.

How can I watch the Eifel GP?

Sky Sports has live and exclusive broadcasting rights in the United Kingdom with the build-up to the F1 race starting from 11:30am ahead of lights out at 1:10pm.

Channel 4 has the rights to show Eifel GP highlights of qualifying on Saturday and the race on Sunday. 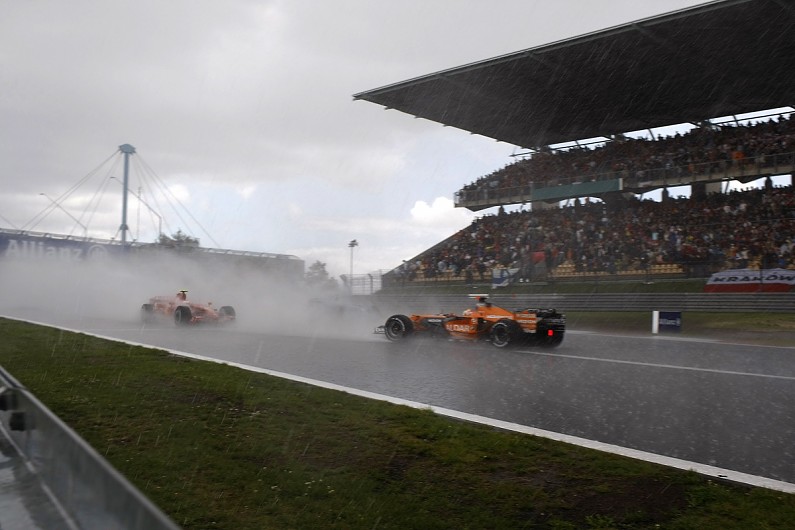 Weather forecast for the Eifel GP?

The Nurburgring is set to be very cold and wet all weekend for the Eifel GP, typical weather conditions for this time of year in the region, with highs of eight degrees Celsius on race day – 20 degrees Celsius cooler than the Russian GP.

Pirelli has opted for its middle range of compounds for the Eifel GP, with the hard tyre C2, medium tyre C3 and soft tyre C4.

For all of the races in the reshuffled 2020 F1 season each driver will be given the same allocation of tyres per race: eight sets of soft tyres, three sets of medium tyres and two sets of hard tyres. Pirelli will also supply a range of wet and intermediate tyres for each driver.

Most F1 GP wins at the Nurburgring 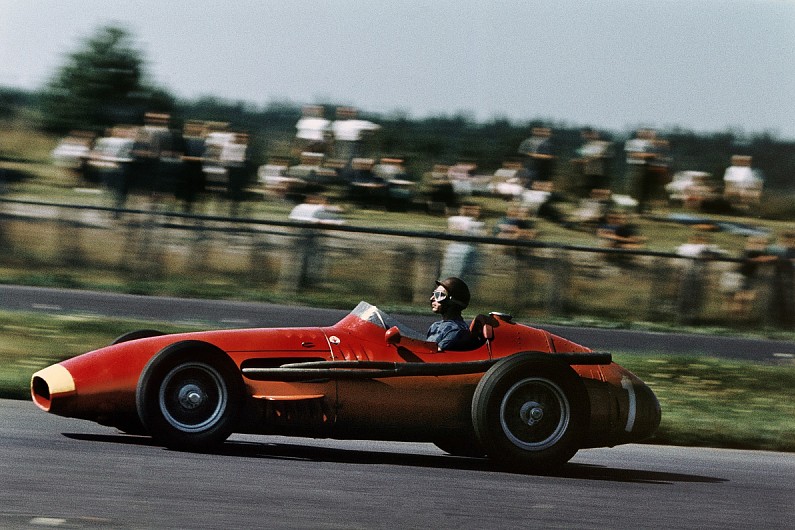