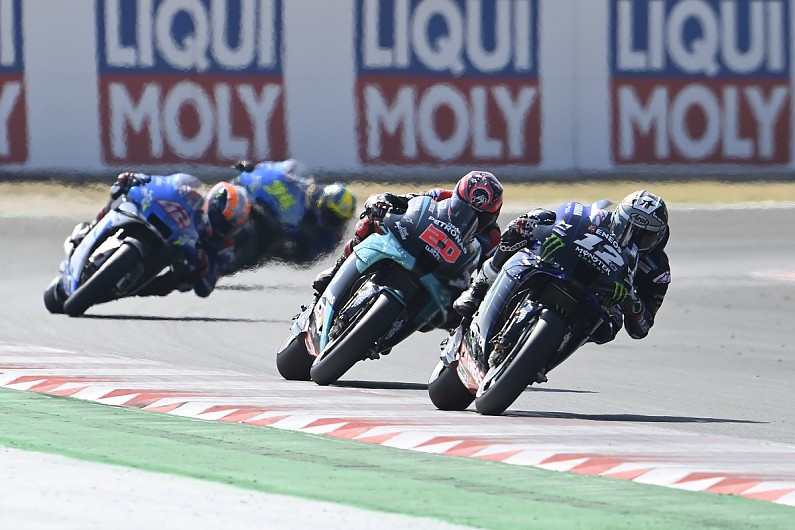 Maverick Vinales says he was just a “cone on track” after encountering the “usual” race issues with his Yamaha on route to sixth in the MotoGP San Marino Grand Prix.

Vinales blasted the Misano lap record in qualifying to grab pole and was favourite for victory ahead of the race after showing strong long run pace throughout practice.

The only rider in the field to opt for the hard rear tyre, Vinales struggled from the off and dropped from first to sixth, while Petronas SRT’s Franco Morbidelli on the non-factory-supported M1 dominated the race.

Dropping down through the order in races has been an issue for Vinales for a number of years, with the Spaniard admitting Yamaha still doesn’t “have a clear explanation” of why it’s happening.

When asked by Autosport what can be done to solve this, Vinales was at a loss, but believes he can’t now get “too enthusiastic” the next time he has a strong qualifying.

“Problem is that we don’t have a clear explanation, that’s the problem,” Vinales said.

“I passed from making a lap record to being a cone on the track for the other riders. So, it’s very difficult as a rider to believe and to continue motivated because what more can I do?

“Do I need to change my riding style 70 times in one weekend to make the bike work?

“Then arrives the race and I have the same problems. It’s difficult. I don’t really want to be all the time saying ‘the bike is not working’.

“The bike is what it is, we have these problems. I need to get used to that and don’t get too enthusiastic when I do that kind of qualifying.” 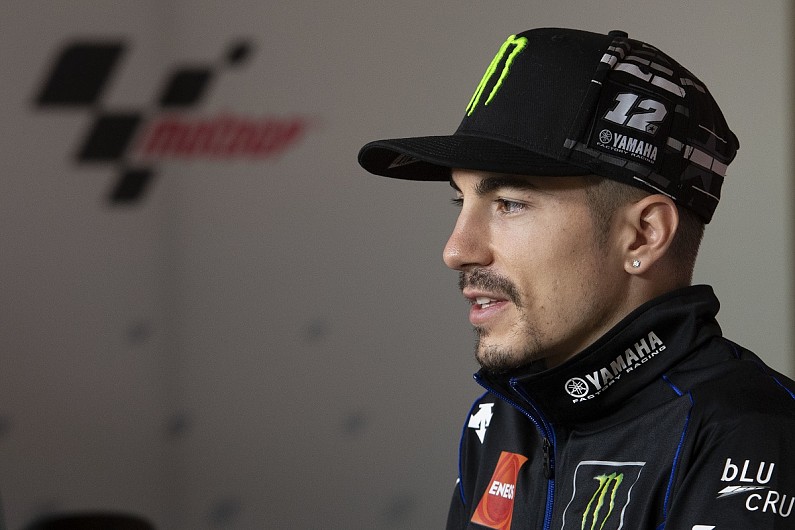 Vinales believes his choice to run the hard rear tyre was correct, having done most of his race work on it during practice, and that whatever is causing his race woes is “related to the bike”.

“The tyre for me was the correct choice because I had something more than the rest in the practice, also in FP4, and also in FP1.

“I don’t know, it’s something related to the bike for sure.”

Yamaha will have a chance to assess the issue on Tuesday at Misano during the official group test, but Vinales believes this won’t reveal anything as the increased grip in post-race tests always gives him a good feeling on the bike.

“It’s quite frustrating that I can practice so good, and then arrive to the race and the bike is not working,” he added.

“So, I don’t know. Now we have [the] test, more of the same as usual: super grip in the test, everything works well and then in the race I’ll have the same problem.”

Kubica will get first F1 observe outing of 2021 at Barcelona
Steiner: “Not honest” to maintain F1 employees on the highway for six weeks
NASCAR Talladega: Keselowski wins last-lap thriller
Stefan Wilson plans to use classes discovered from Justin for Indy 500
Ducati’s nuanced pleasure after a historic double in Jerez