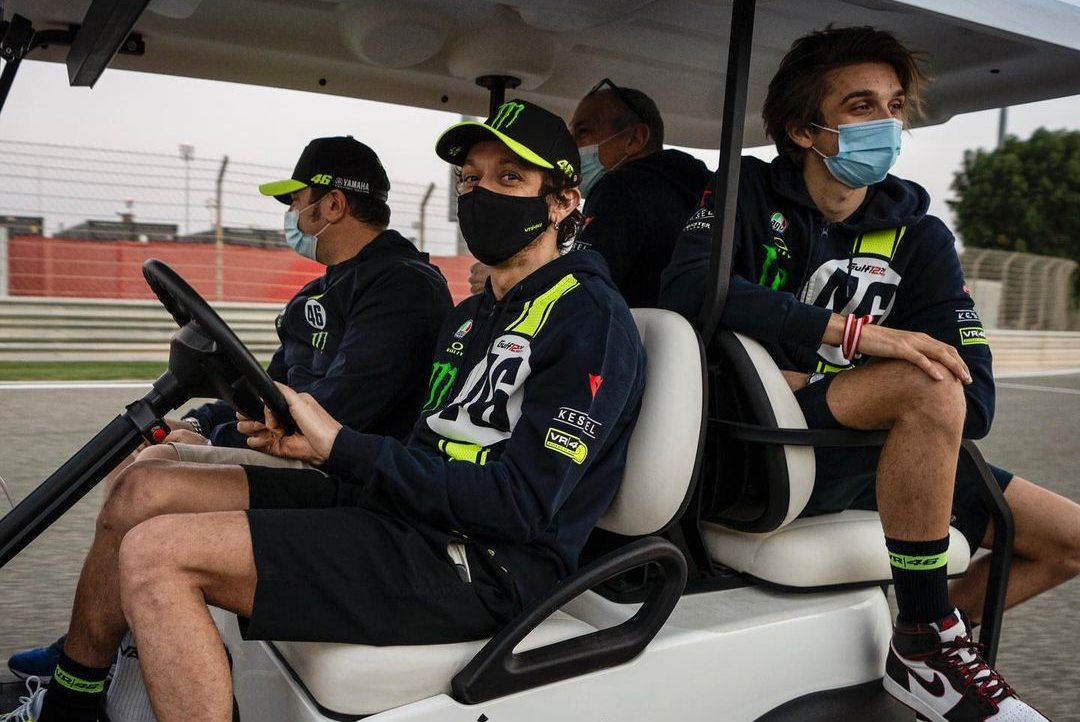 
Luca Marini and Valentino Rossi will form the third pair of brothers in MotoGP. The rookie talks about professional future and marriage.

Luca Marini and Valentino Rossi will form the third pair of brothers in MotoGP. The rookie riding a Ducati, where the veteran has failed in the past. But it was a completely different bike from today’s one. A good starting point for those who are about to take their first steps in the premier class. The Doctor, on the other hand, having reached the threshold of 42 years of age, is at the end of a legendary career. He will still be able to count on the maximum technical guarantees from Yamaha, but there are also other projects in the pipeline. Starting with the VR46 team which will replace Esponsorama Avintia.

Luca and Vale are from two different generations, but united by a blood bond. This is demonstrated by the collaboration on four wheels, where the champion from Tavullia is planning his future as a driver. “CI redo that my brother and I took all the racing DNA from my mother … then he put in a bit of Graziano, I from my father and that’s how I came. But he exaggerates to say that I look forty, a few years younger he could even give it to me“, Luca Marini jokes in an interview granted to ‘Il Foglio’.

Weddings and the future in the Rossi home

Valentino Rossi has always exalted the cold character of his younger brother, the seriousness on the track and in life. But nothing that could make Luca appear as a “precocious veteran”. “There will be other serious and calm 24 year olds like me“. Head on shoulders and romantic heart, as evidenced by the solid engagement with Marta Vincenzi. “I like romantic stories, loves that last a lifetime and I really hope that with Marta it will last forever … Who knows, from what I read maybe I’ll get my brother to the wedding first“.

It seemed he could not have outlets in the next MotoGP season, even though he deserved them to the sound of results in Moto2. But Luca Marini has found a saddle available also thanks to the VR46 projects. It represents a bit of the vanguard of the project, putting down roots before incorporating Raul Romeo’s team. At that point it will be necessary to designate the new structure. Valentino Rossi does not seem willing to take on the role of manager. “I don’t see him as a team manager. It is worth doing what he enjoys the most, for now it is being a pilot“.

Jonathan Rea “In Testa, my autobiography” Also for sale on Amazon Books

Albon: No point ‘wallowing about’ over lost Red Bull F1 place
Zarco-Martin presentation (Pramac) – GP Inside
Albon: I want to be in F1 more than any driver
Ducati satellite team Pramac unveils new MotoGP livery for 2021
Ricciardo has a three-year contract with McLaren