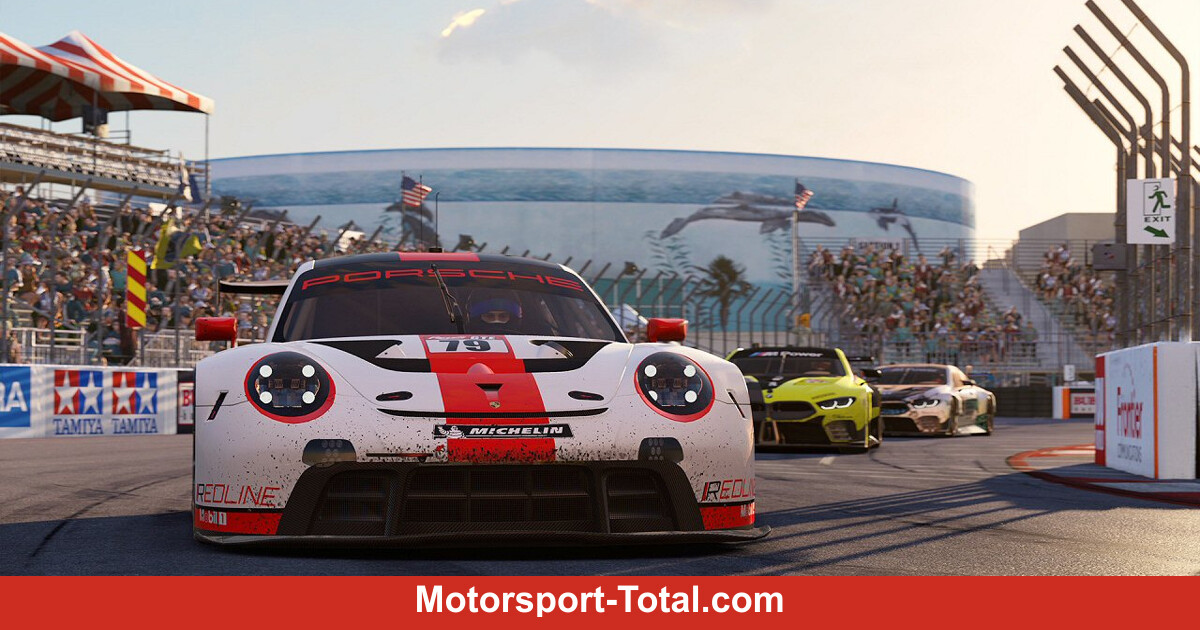 (MST / Speedmaniacs.de) – Following the preview of new game content, features and improvements and recently published additional information with important information about the switch to V1.2, Reiza Studios has now, as previously announced, followed up with the major update for Automobilista 2.

With the Racing USA Pt1 Pack – watch the trailer here – the first of three expansions that focus on North American motorsport, with new tracks and vehicles, was released at the same time. The GTE vehicles Porsche 911 RSR, BMW M8, Corvette C8R and, in addition, Cadillac DPI-R (prototype) are available for EUR 12.99. The routes include WeatherTech Raceway Laguna Seca, Long Beach and Daytona International Speedway.

Players who purchase the Racing USA Full Expansion Pack (3 add-ons) pay EUR 34.99. The Automobilista season pass 2020-2022 costs EUR 89.99 and covers all extensions and other vehicle and route packages that will be published in the period 2020-2022.

AMS2 owners can look forward to an all-round improved and even more balanced gaming experience to the revisions in the areas of physics, force feedback AI, audio plus the usual error corrections and optimizations of cars and tracks as well as new features such as “Real Weather” in combination with LiveTrack and a live forecast system and “Custom Championship”.

With the option to customize the event date, users can now also customize the season in which the event runs. It should be noted that the visual differences between the seasons (summer / autumn / winter / spring) are currently limited to routes that have received the necessary graphic updates – these are Daytona, Laguna Seca, Bathurst, Brasilia, Campo Grande, Cascavel, Curitiba, Curvelo, Spielberg, Nürburgring and Spa. All other routes are to be provided with the seasonal graphics with the next update at the end of the month. The update brings the BMW M4 into play as a bonus vehicle for all players.