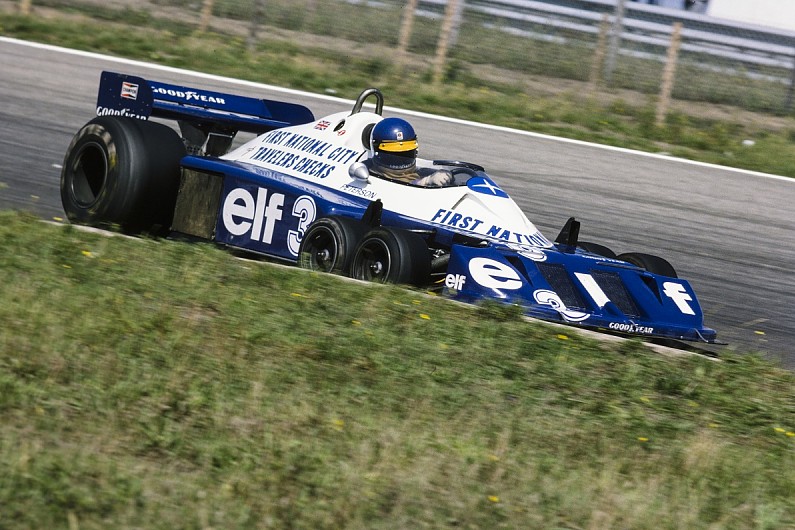 Technical regulations within Formula 1 seemingly get more and more restrictive as the years go on, much to the chagrin of many fans. But, as KEVIN TURNER argues, a wide-open rulebook would be detrimental to the series

They should free-up the regulations. The only rule should be that the cars have to fit into a box of certain dimensions. Modern racing cars look too similar.

All of the above reflect common comments about motorsport, particularly Formula 1. Most enthusiasts love the idea of no-holds-barred Can-Am-style competition and the sort of variety exemplified by the Ligier JS5 being on the same grid as the McLaren M23 and Tyrrell P34. But restrictive regulations of one kind or another are here to stay. More than that, they are needed.

PLUS: The incredible story of F1’s only six-wheeled winner

Without those rules, several negative things would happen. For a start, costs would increase and the racing would almost certainly get worse.

Can you imagine a six-wheeled, turbocharged, ground-effects machine with free-for-all aero and gizmos such as traction control, active suspension, stability control and probably many other things besides? It would be a technical marvel, but how expensive would it be to develop?

And cornering speeds would surely be so high as to not only make overtaking almost impossible but most circuits unsafe without major changes – and investment. 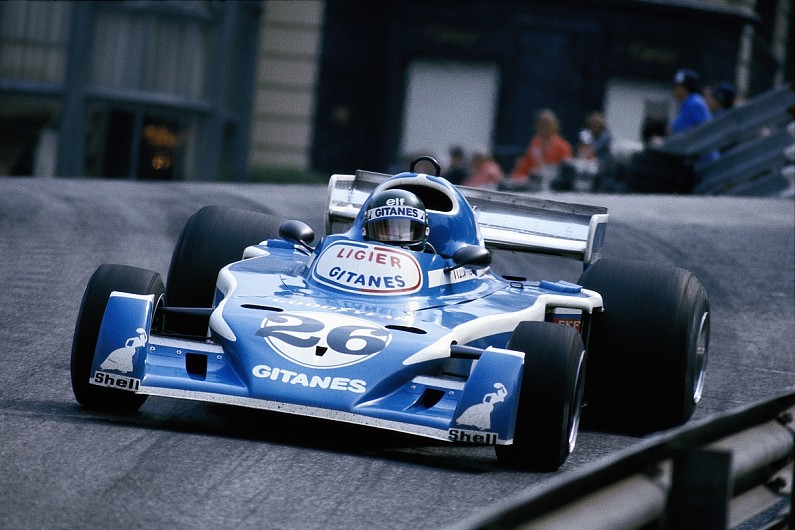 With so much technology and electronic aids available, drivers would become less important. And it’s the human side – the drivers’ championship – that most people find more compelling.

Technological ability has long since outstripped the cost and sporting criteria that are so important to motorsport, so it had – and has – to be reined in.

Perhaps the biggest problem with the ‘minimal rules’ mantra though is that it wouldn’t create much diversity, not for long, anyway. A shark and a whale look similar, despite one evolving from a land animal, because that’s the ‘design’ that works in the sea environment.

Similarly, designers know, for example, that single-seater racing cars are better with monocoque chassis and the engine behind the driver. Knowledge can’t be unlearned.

And it can’t be ignored in a competitive environment either. If someone comes up with something – whether it be downforce-producing wings, turbocharged engines or semi-automatic gearboxes – everyone else will follow as soon as they can (and sometimes at huge expense).

World-championship winning ex-McLaren designer and engineer Mark Williams believes this is one key factor that makes F1 cars look so similar. He suggests that even a radical approach – the only rules being an 80kg fuel allowance and the requirement for the car to fit into a certain box – would soon lead to similar solutions.

“You’d have 10-11 different concepts and then they’d all coalesce because everyone would look at the best ideas and have them on the car,” he says. “They will coalesce because there will be a best one and there’s lots of intellect to find that. 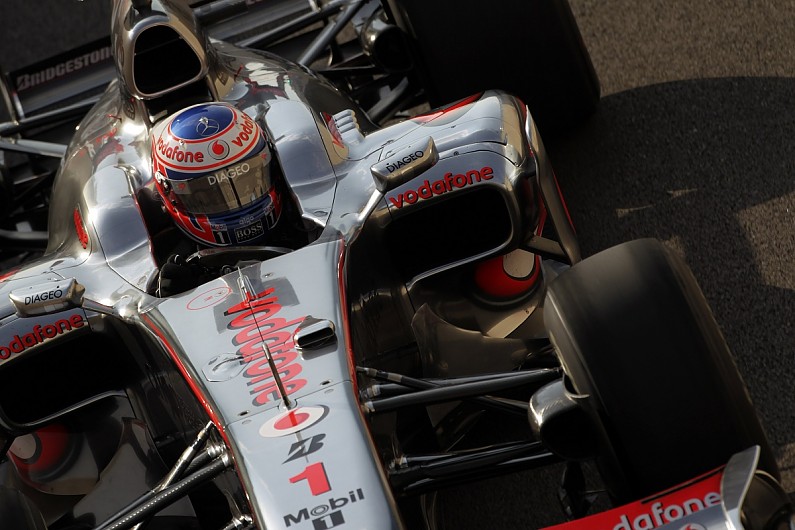 “The F-duct took two years to develop and two months to copy. And people came out with better versions of it in those two months.”

However restrictive or otherwise the rules are, there will be an optimal way of doing things. And, after more than 114 years of grand prix racing, we have a lot of knowledge already and there are many clever people applying it. Modern designers and engineers are very good at optimising.

“Racing has evolved from high innovation, a mentality of people innovating, taking chances, to high-level optimisation,” says former March, Fondmetal and Larrousse F1 engineer Tino Belli, now IndyCar’s Director of Aerodynamic Development. “But I think everything in the world now is driven by optimisation and people are so afraid of making mistakes that I just don’t see it going away.

“The people who replace the people like me will be people who’ve been brought up with this optimisation environment and they will probably be far better at doing the job than I will be as everything evolves.

PLUS: Why F1 designers can’t be brave

“This is what happens as older people become obsolete and the younger ones come in with their experiences and this is how things will continue.”

The evolution of racing cars, and F1 machines in particular, is very fast. If your idea doesn’t work, you need to change it, quickly. And, as Racing Point showed in 2020 in perhaps the most obvious form, following the path of the pacesetter is the way to go. That’s an efficient strategy. 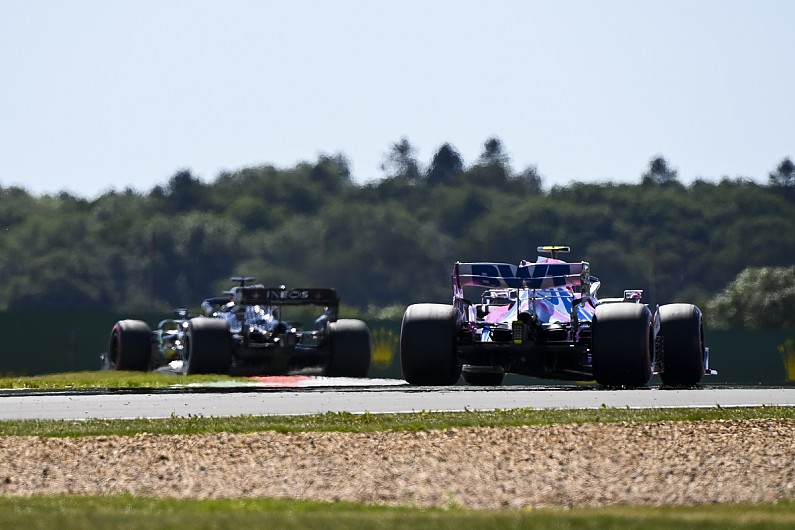 The size and ability of modern teams means that missteps – which often create variety – are also less likely.

“Another reason cars look so similar is because there are so many people involved, it’s less autocratic,” adds Williams. “In the old days one designer would have the concept for the whole car and probably nobody would question the idea. People ploughed their own furrow.”

In other words, teams are now too good to make major design errors and too risk averse to go too far off the beaten track anyway.

There are plenty of reasons modern racing cars look similar. Tight regulations is just one of them – and it’s one that protects motorsport from other evils. 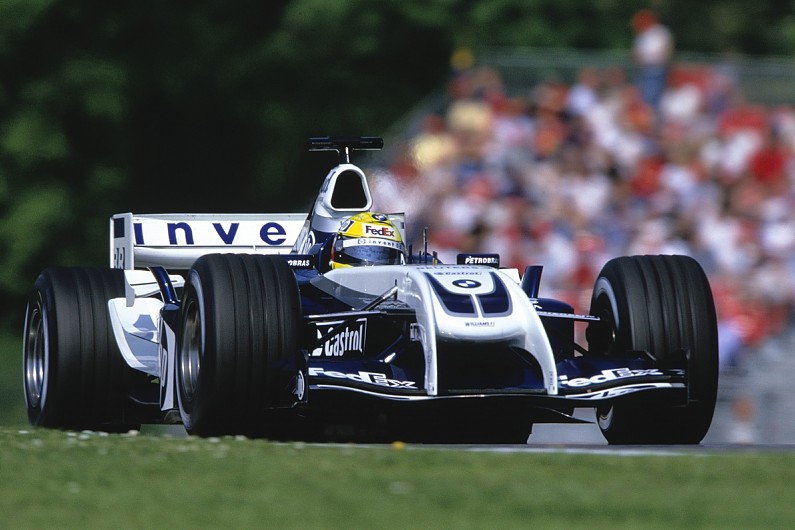 Alfa Romeo spends F1 development tokens on nose and front-end of C41 car
Podcast: What kind of Marc Marquez will we get back this year?
“Valentino Rossi will not be the team manager”
Aston Martin F1 team retains key sponsor BWT after split rumours
AlphaTauri reveals new nose design for AT02 F1 car