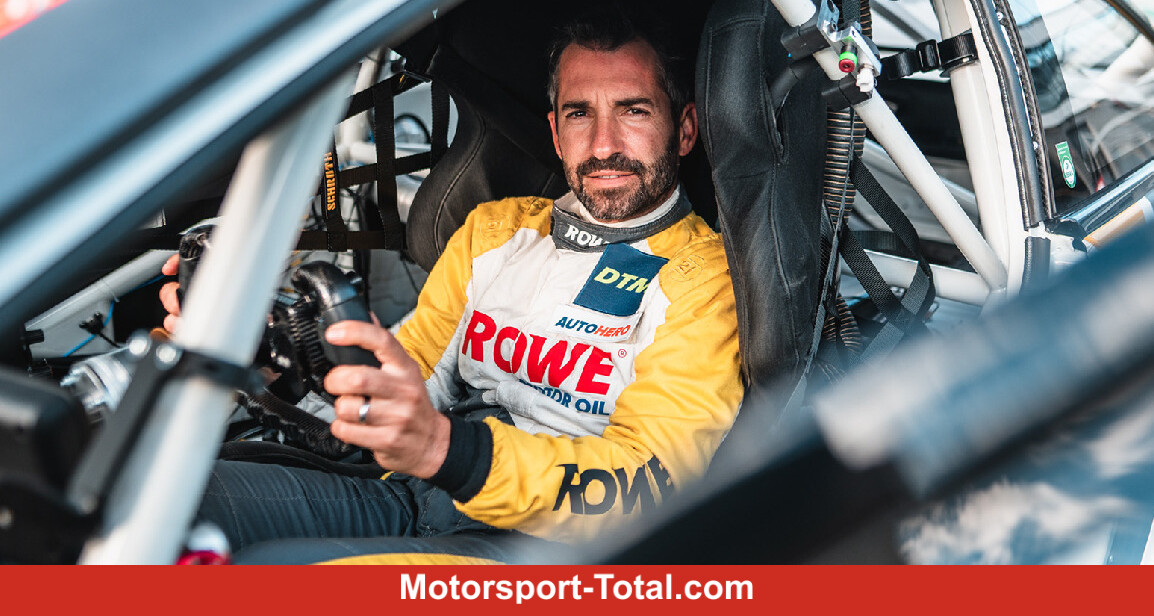 (Motorinformed.com) – The two official DTM test drives in Hockenheim and at the Lausitzring have been completed. On the latter occasion there was a premiere: BMW driver Timo Glock was allowed to run an M6 GT3 with the revolutionary Space Drive steering for the first time.

Timo Glock got to know Space Drive at the Lausitzring
zoom

This year, the space drive system is being used for the first time in several DTM vehicles, including Gary Paffett’s Mücke-Mercedes. Space Drive is a steer-by-wire technology that was developed by Schaeffler Paravan.

Vehicles equipped with this technology can do without a conventional steering column. Instead, a cable connects the steering unit and the steering gear. “I drove out in the car and at first thought: Oops! That’s something completely different,” says Glock, describing his first impression of the new system.

But the five-time DTM race winner quickly got used to it: “For a racing car that was a bit strange at first, but then the settings were adjusted in just two minutes – and the first thoughts were completely gone.”

The new technology quickly became part of Glock’s flesh and blood. So he was able to fully focus on working with his BMW M6 GT3. But what is the greatest advantage of the system for Glock? “That there are no more impacts or movements in the steering on bumps or curbs. The system filters them out completely,” replies Glock.

“In addition, you can adjust the feedback of the steering as you would like, theoretically you could set more feedback in slow bends and less resistance in fast bends. This way, the driver can also save energy, which is less with us in the DTM than may be relevant in endurance races “, Glock recognizes another big plus point of Space Drive.

Timo Glock starts the 2021 DTM season in a BMW M6 GT3 from ROWE Racing. Glock is one of those drivers in the field with relatively little GT3 experience. The German has so far taken part in GT3 endurance races at Spa-Francorchamps and Bathurst.

Albon “on top of things” with Ferrari GT3 automotive forward of DTM debut
Suzuki: Rins doing “what we requested of him” amidst MotoGP crash run
Tandy, Vanthoor be part of KCMG to defend Spa 24 Hours victory
Moto3, just one Italian success on the Sachsenring with Dalla Porta
Gresini companions with Ducati in MotoGP for 2022, confirms riders