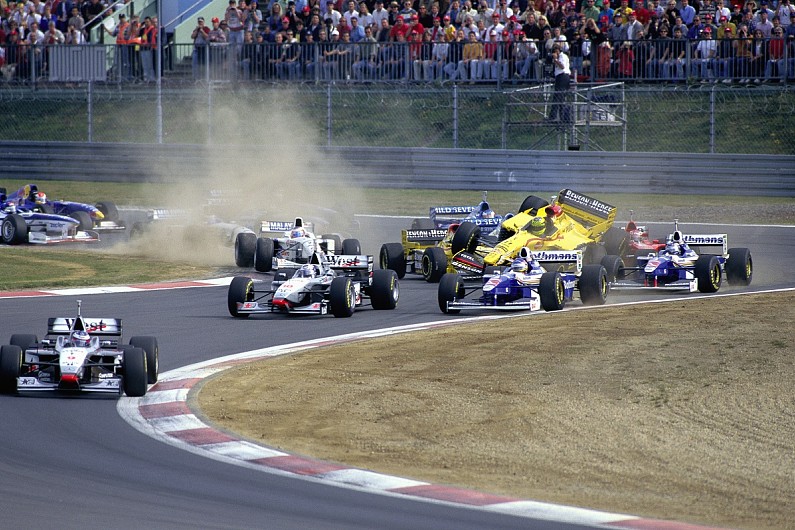 The Nurburgring has been the setting for some of the finest drives by Formula 1 legends, which are recounted time and again. Ahead of its return to the calendar for this weekend’s Eifel GP, JAMES NEWBOLD picks out some of the lesser-known performances that also deserve credit

Formula 1 returns to the Nurburgring this weekend for the first time since 2013 as the Eifel Grand Prix becomes the latest new name for a race previously known as the German, European and Luxembourg GP.

Coined the ‘Green Hell’ by Jackie Stewart, the Nurburgring in its original form was the longest and most challenging circuit on the calendar, producing its fair share of great drives that have entered F1 folklore.

From Juan Manuel Fangio’s epic pursuit of Mike Hawthorn after a botched pitstop in 1957 to Stirling Moss beating the vastly superior Ferraris with his privateer Lotus in 1961, Jacky Ickx announcing his arrival by embarrassing more powerful machinery in a Formula 2 car in 1967 and Stewart’s wet weather masterclass of 1968, the tales are well told.

Michael Schumacher’s late move on Jean Alesi to win the 1995 European Grand Prix after the track was shortened and the modern GP loop installed is also fondly remembered as the crowning glory of his second title-winning season with Benetton.

But by equal measure, several supreme drives at the Nurburgring are typically forgotten in such discussions and are easily missed off by the unsentimental record books that place the glory squarely on the shoulders of the victor.

Here is our pick of the best five drives that deserve more credit. 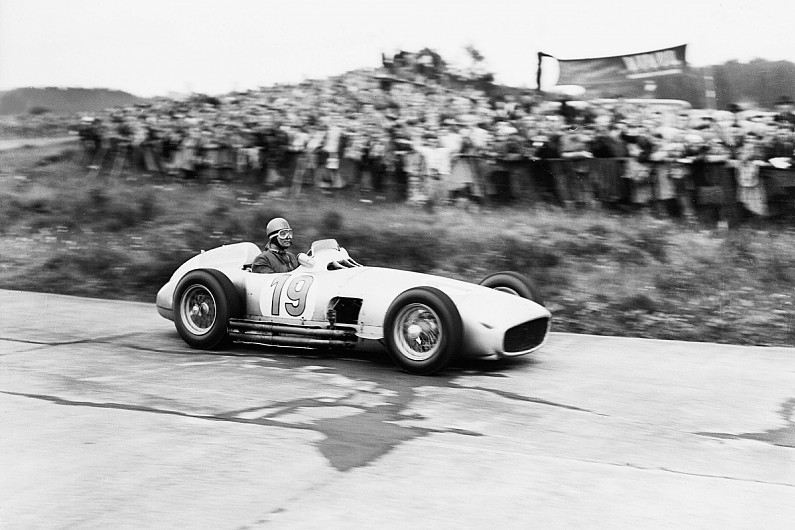 The 1954 German Grand Prix was only Karl Kling’s third start in a world championship Formula 1 race, but he had packed a lot of racing onto a CV that included the 1952 Carrera Panamericana. He was 43 when he followed Juan Manuel Fangio home to give the Mercedes W196 a 1-2 on its debut at the French GP, a trusted lieutenant to the great Argentinian.

But at the Nurburgring, Kling was faster than his esteemed team-mate, who had seen protege Onofre Marimon killed in practice. Kling – who passed away in 2003 – had to start from the back of the grid after losing a wheel before he had set a qualifying time, and to make matters worse had a fuel leak which would require him to make a pitstop for extra fuel.

As he recalled to Autosport for the race of my life feature in 1996, Kling “had to go flat-out because I knew I had to make up the time I would need for refuelling. I drove like a madman, quite honestly. Our normal rev limit for the W196 was 8500, but that day I used 9000 most of the way – and I didn’t care!”

He took the lead from Fangio on lap 15 of 22, much to the puzzlement of his Mercedes team, who had no idea about the leak and were hanging out pit signals reminding him of his obligation to play second fiddle to Fangio.

But Kling never questioned his pre-ordained role – “It was quite correct that the team orders should be in Fangio’s favour, because he had the best chance to win the world championship” – and was merely trying to execute his race.

“I was not really racing Fangio by then,” Kling remembered, “because as well as the fuel leak, I also began to worry about the rear axle. The mounting had broken on side”.

He eventually finished fourth, with the solace of fastest lap, as Fangio won. It would be the last hurrah of a fleeting world championship career that counted just 11 grands prix – although Kling did win a non-championship race at AVUS in 1954 – as the arrival of Stirling Moss in the team in 1955 pushed him down the pecking order. After retiring from racing, he later took over from Alfred Neubauer as Mercedes competition boss.

“I didn’t win the race, no, but I left with a lot of pride that day and great memories,” he said. 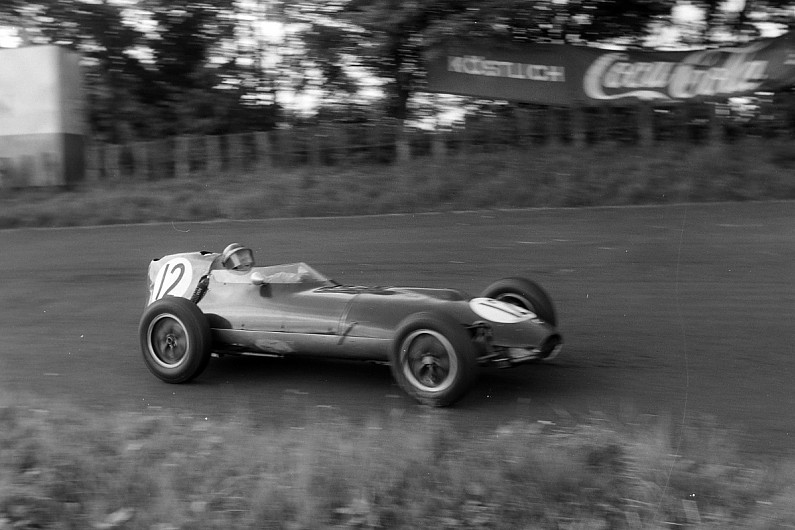 The 1958 German Grand Prix will forever be remembered for the accident that claimed Peter Collins, on a black day for Formula 1. But it was also a race that Lotus driver Cliff Allison chose as the race of his life in 1993, telling Autosport: “If there was one race I deserved to win, and didn’t, it was the 1958 German Grand Prix.”

He had started from the back of the 24-car grid for not completing the minimum six practice laps – due to team-mate Graham Hill struggling with poor reliability on his 1.5-litre machine and taking over Allison’s 2.0-litre car, which he duly crashed. But despite his lowly grid position, Allison – who died in 2005 – was confident of making ground in the race.

“The car was really singing, handled beautifully and felt perfectly balanced and responsive,” he recalled. Sure enough, he was eighth by the end of lap one and took fourth on lap four when Stirling Moss retired.

Ferrari team-mates Mike Hawthorn and Collins led Tony Brooks (Vanwall) and Allison, only for their battle to end in tragedy when Collins crashed fatally, while Hawthorn stopped shortly afterwards. “Mike parked his car off the circuit and walked back to the pits,” Allison recalled. “His retirement was blamed on clutch failure, but actually he was too upset to continue”.

That left a Brooks vs Allison duel for the win, with Allison “sitting comfortably on his tail with the car absolutely flying”. But a holed radiator on lap 13 put paid to his chances in what Allison described as a “desperate moment”.

Still, he had done enough to impress Ferrari and was signed to race the scarlet cars for 1959, peaking with second in the 1960 Argentine GP. 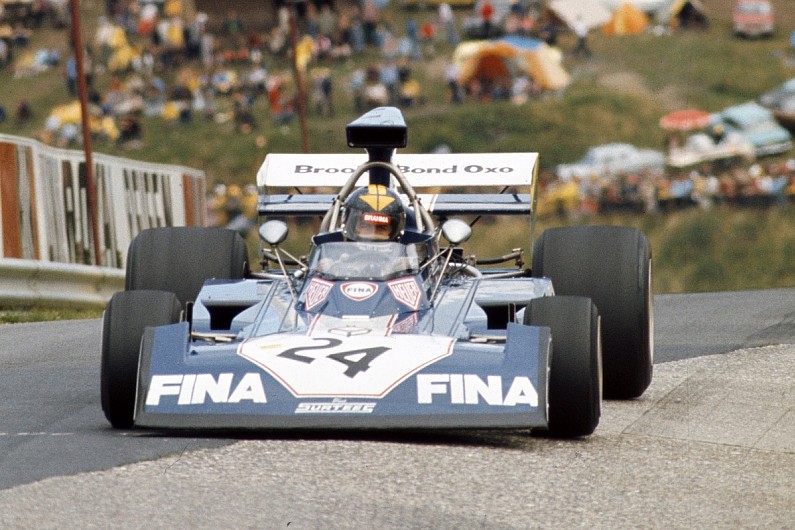 If the top three finishers at the 1973 German Grand Prix were fairly routine, the same couldn’t be said for the man who finished one place off the rostrum behind Tyrrell team-mates Stewart and Francois Cevert and Ringmeister Ickx in a third McLaren.

A member of Ferrari’s sportscar squad, Carlos Pace was in his second season of F1 but aside from a second-place in the non-championship 1972 Victory Race at Brands Hatch, had just a sixth and a fifth place finish in a privately-entered Williams-March to show for his efforts. Joining Surtees for 1973 had looked like a good career move – team-mate Mike Hailwood had finished second at Monza in 1972 as Surtees finished fifth in the constructors – but it wasn’t at the same level in a difficult 1973 campaign.

Neither Surtees driver had troubled the scorers by round 11 at the Nurburgring, where Pace would start 11th. But by the end of the first lap he had climbed past the luckless Ronnie Peterson – stranded by a dud engine – Denny Hulme, Jean-Pierre Beltoise and Clay Regazzoni to seventh and after lap two, he was fifth as Niki Lauda and Peter Revson both crashed.

Pace then headed the queue stuck behind Carlos Reutemann – struggling with a slow puncture – for six laps until the DFV in the Argentine’s Brabham blew, moving him up to fourth. There he stayed, just 12s behind Ickx – admittedly in unfamiliar machinery – and 53.8s off the lead, to give Surtees its best result of the year.

Adding further gloss to Pace’s performance, he set the fastest lap – then a new lap record – a full 7s quicker than he’d managed in qualifying. Autosport’s Pete Lyons remarked that his 7m11.4s effort – 2.2s faster than Ickx’s effort the previous year – was “especially creditable on a weekend when times generally were slower than the year before. Carlos’s only real problem was the continuing pain from his ribs cracked in the Silverstone shunt.”

That he was 1.8s quicker than Stewart – whose best effort in the race was 6s slower than in qualifying – points to how much the dominant Tyrrells were driving within themselves. But take nothing away from Pace, who went on to prove the point by taking fastest lap next time out at the Oesterreichring for good measure.

After joining Brabham in 1974, he won his home Grand Prix in 1975, but was tragically killed in a light aircraft crash in 1977. 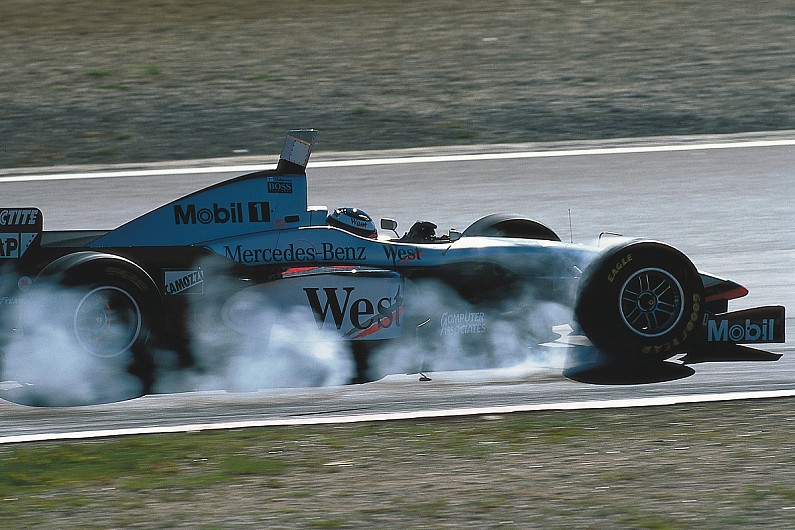 The title of Autosport’s magazine report – ‘Villeneuve Lux in’ – gave the game away. Mika Hakkinen had come close to a Grand Prix victory before, retiring from the lead at Silverstone earlier that year with seven laps to go, but the 1997 Luxembourg GP at last looked like his time to join the grand prix winners club on his 29th birthday.

From his first F1 pole position – also the first for McLaren since Ayrton Senna’s departure at the end of 1993 – the Finn held the lead at the start as team-mate David Coulthard vaulted into second from sixth on the grid.

He only surrendered the lead to Coulthard for three laps following his first pitstop on lap 29, and was 17s ahead of Jacques Villeneuve’s Williams when yet another Mercedes engine went bang on lap 43, one lap after Coulthard had suffered a similar failure. “For the extraordinarily resilient Hakkinen, it was yet another moment of shattering disappointment,” wrote Autosport’s Nigel Roebuck.

“We did not have the speed the McLarens had, and we had no chance of beating them,” said Villeneuve. “But we knew they had a good chance of blowing up…”

Fortunately for Hakkinen, he wouldn’t have much longer to wait for his drought to end – precisely two races in fact at Jerez, just the impetus he needed to become champion in 1998 and 1999. 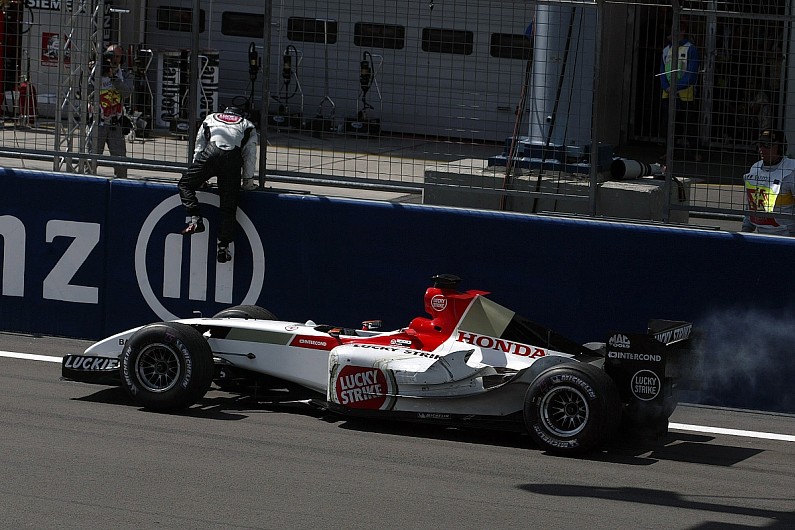 It wasn’t an especially rare sight to see a BAR on the front row of the grid in 2004, but until the Nurburgring it had been Jenson Button making all the headway. That all changed in Germany though, as Takuma Sato qualified a career-best second behind only Michael Schumacher.

After initially being beaten off the line by Jarno Trulli’s Renault, Sato held onto second with a brave lunge in-between Trulli and Kimi Raikkonen (McLaren) at Turn 1, only to be turfed off by Trulli three corners later and get shuffled back to fourth behind Raikkonen and Fernando Alonso (Renault).

Sato led for two laps after the cars ahead of him pitted and resumed after his first of three stops back in second, with only Rubens Barrichello’s two-stopping Ferrari posing a challenge to his position.

He came out just behind the Brazilian after his third stop on lap 44 and instantly went on the attack to try and regain second into Turn 1. It took Barrichello completely by surprise and he turned in, resulting in contact that broke the BAR’s front-wing. Barrichello labelled it “amateurish”, but FIA race director Charlie Whiting made a point of telling Sato when the paddock reconvened for the next race at Montreal that he believed Barrichello was at fault.

“Although he may not have felt it at the time, the very fact that he had a go against Barrichello rather than sit back and accept third place may well have proved to be the best thing he could do this season,” wrote Autosport’s Jonathan Noble. “In fact, that single snapshot has almost defined Takuma Sato the Formula 1 driver.”

Shortly after pitting for a replacement and rejoining in fifth, his engine gave up the ghost – but Sato had proven a point and duly scored his first podium two races later at Indianapolis. It would be his one and only time on an F1 rostrum, but it was only to be the beginning of his success at Indy… 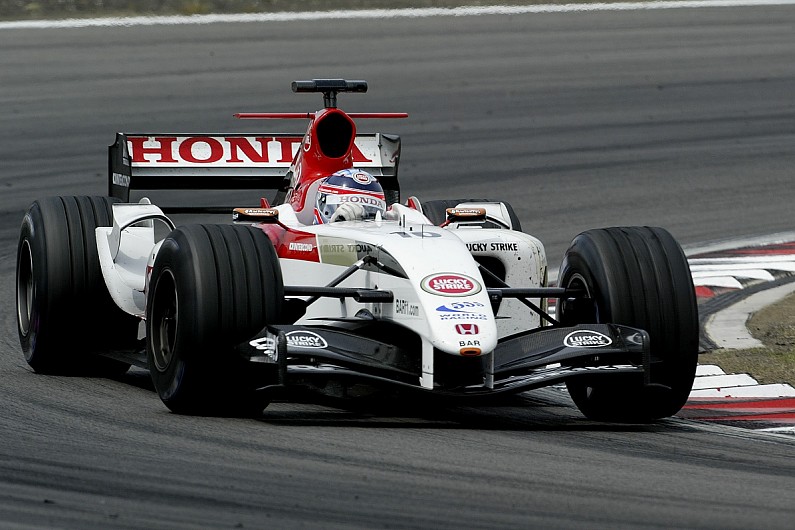 Russell: Spanish GP the very best Williams has ever felt in race-trim
Honda’s “Marquez-dependence” in figures – GP Inside
Hamilton wins third Laureus Award for social activism
The beginning grid of the Spanish GP
MURRAY WALKER ON SENNA vs PROST