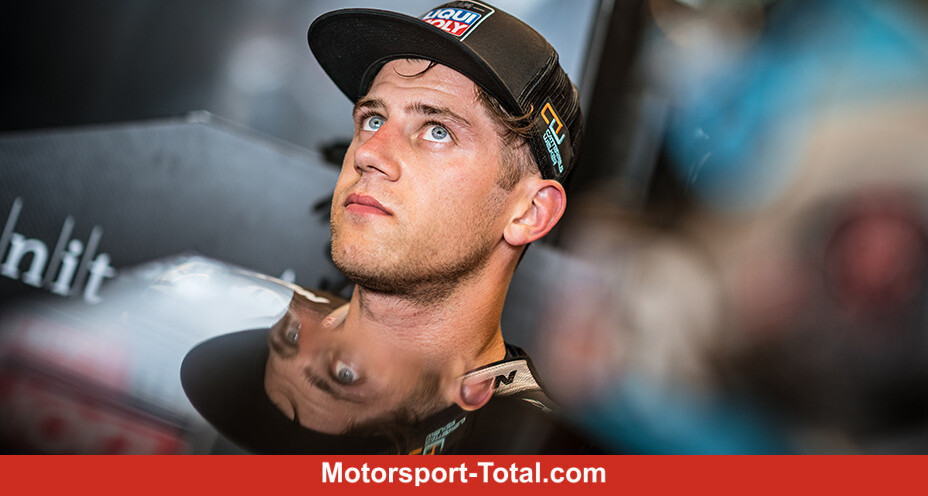 (Motorinformed.com) – Marcel Schrötter is one of the drivers with the most experience in the Moto2 World Championship. The German regular driver has been in the middle category since the 2013 season. He is thus facing his tenth Moto2 season. So far, Schrötter has made it onto the podium five times. The Landsberger has not yet managed to win. The 2022 season will be groundbreaking for Schrötter.

“The past two years have already been extremely important. The goal is still MotoGP,” explains Schrötter in an exclusive interview with ‘Motorinformed.com’. As tenth in the World Cup, Schrötter could only recommend himself to a limited extent last season. He is aware of that.

“MotoGP is currently very far away and I’m 29 years old now. It’ll be more difficult, but it’s an advantage that I’m the only German-speaking driver. So I still think that if I have a good year, the chance is there that I can slip in somewhere. But that is only possible if the results are right, “notes the Intact pilot.

“Nevertheless, the season will be extremely important because the goal is not to drive Moto2 by the age of 30 or 32,” explains Schrötter. “I’m sure I’m fine in my team. I’m extremely important to the team. That is also one of the reasons why they continue to hold onto me, of course. I have everything I need so far. But the class itself is so scary difficult.”

“I want to have fun and fun comes with success,” says Schrötter. “If I look year after year to get around to tenth place, then in the long run it’s no fun for the effort you put in. You have to make a lot of sacrifices and then only finish tenth is not enough.”

“It’s the world championship and not a children’s birthday party, but I want to keep moving forward. I want to get a reward for all my work somewhere,” remarks the German, who can imagine changing teams: “If that is in the long run If this continues, then a change makes sense. For a change to make sense, the results have to be right. “

But MotoGP is not the only goal. “If it should go in the direction of the Superbike World Championship, it only makes sense to drive for a top team,” explains Schrötter. “MotoGP must remain the top priority. For that you work and give your all. But you have to be a realist somewhere.”

In recent years, the Supersport World Championship has become an attractive option for many Moto2 drivers. Randy Krummenacher, Sandro Cortese, Andrea Locatelli and most recently Dominique Aegerter came from Moto2 and won the championships.

“Krummenacher was the first rider who really didn’t break anything in Moto2 and won the first race of the Supersport World Championship,” commented Schrötter. “Or Philipp Öttl, who only had one year on a difficult motorcycle in Moto2. Nothing worked, but then he is not fighting for the title, but for third place in the championship. That’s not a very good thing for the championship good picture. People see that of course. “

Schrötter does not want to rule out a move to the Supersport World Cup. “There can still be a long career in it,” says Schrötter. “Aegerter was always behind me in Moto2, now he’s Supersport World Champion – Supersport or not. Of course, it’s not very well known and respected, but having the title makes you very proud of it.”

“On the other hand, when you see that Aegerter and all that money has to bring with him to be able to ride there – we’re not talking about that little. And then he becomes world champion and doesn’t make it into the Superbike World Championship That alone shows the interest in your own Supersport drivers. If you don’t have any direct contacts, then you become world champion, you don’t get an offer and you can’t advance. That is actually very sad. It can’t be either “, criticizes Schrötter.

Marcel Schrötter doesn’t want to pay anything for driving Zoom

“I’m 29 years old. Living, house, family at some point, all of that play a role. I can’t go anywhere for free or bring money with me. It can’t be. That is why the next year is so extremely important,” emphasizes the German.