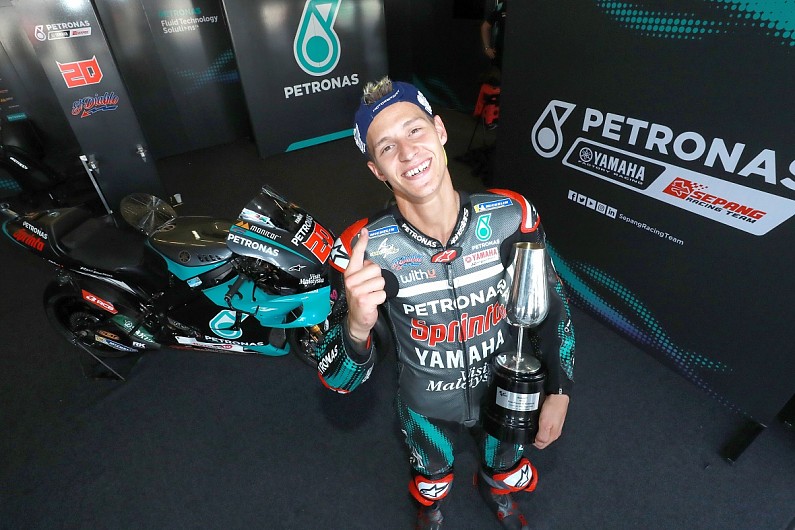 Fabio Quartararo hammered the opposition in Sunday’s MotoGP Andalusian Grand Prix at Jerez to take command in the championship.

Leading the standings by 50 points, the Petronas SRT rider made the most of the absence of the injured Marc Marquez in the second of back-to-back races at Jerez to make the mountain the Honda rider must climb upon his return even steeper.

For the second round in a row, Frenchman Quartararo was followed home by the works Yamaha of Maverick Vinales, while Valentino Rossi completed a Yamaha podium clean sweep in third.

Takaaki Nakagami upheld Honda honour with his best-ever MotoGP finish in fourth for LCR, but it will come as little relief to a marque that now faces a major conundrum with its talisman on the sidelines.

PLUS: The catch-22 Honda faces in MotoGP with Marquez sidelined

In the latest Tank Slappers Podcast, Autosport’s International Editor Lewis Duncan is joined by Motorsport.com’s Global MotoGP Editor Oriol Puigdemont to dissect the second round of the 2020 season.