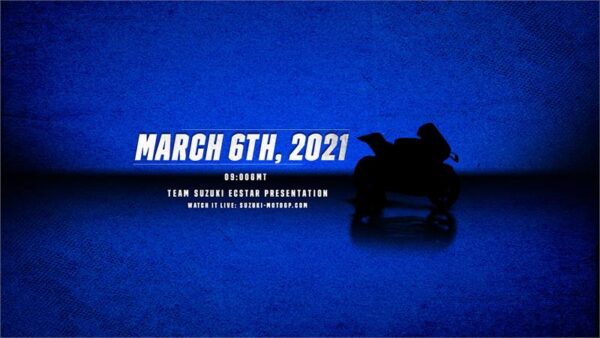 Team Suzuki Ecstar have confirmed that the new colors of Joan Mir and Alex Rins will be unveiled on March 6, on the sidelines of the Losail test.

Will the Suzuki Monster Energy imagined by @MotogpLivery (Twitter) in June 2020 come true? The answer will be known on March 6 at 10 am, the time chosen by Team Suzuki Ecstar for the presentation of the team version 2021. The event will take place from the Losail circuit, in conjunction with the first pre-season IRTA test. World champion Joan Mir, his teammate Alex Rins and the two test pilots, Sylvain Guintoli and Takuya Tsuda, will be present.

Of the eleven teams competing in MotoGP in 2021, all have now made their presentations or announced a date, with the exception of Aprilia Racing Team Gresini.

Joan Mir says no to number 1