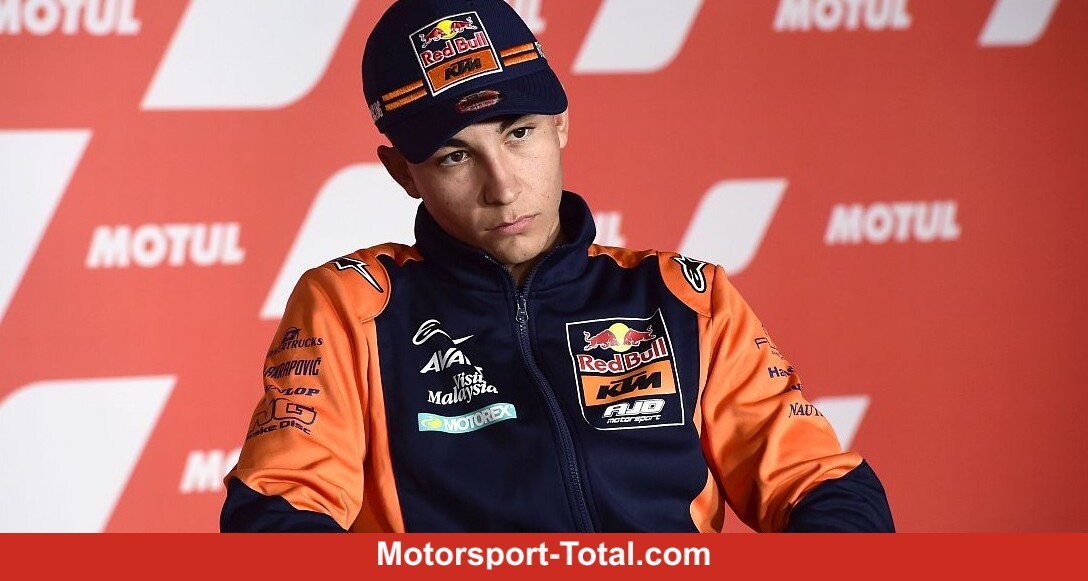 (Motorinformed.com) – In the Moto2 title fight, Raul Fernandez had to admit defeat to his Ajo team-mate Remy Gardner by four championship points. In retrospect, Fernandez says that he received too little support from the team and therefore lost.

“The problem is that we had no one to guide us. That’s why we don’t have the crown,” said Fernandez in an interview with the Spanish edition of ‘Motorsport.com’. “It is clear that I am not the world champion, but morally I have achieved something.”

“By my team, I mean my mechanics. I was lucky to get such a special group. But the problem was that we were very inexperienced and no one guided us. That’s why we don’t have the world championship crown.”

That’s harsh criticism of team boss Aki Ajo, who is actually known for his good support for young talent. Fernandez sees it differently. In his opinion, Gardner was better supported and therefore won the World Cup.

“Morally, it has been proven that I was the strongest driver. I had the most wins, poles and the fastest laps. Remy is world champion because he collected more points. But with my speed, I feel morally champion.”

Gardner won “only” five races, but the Australian only had one retirement. Fernandez was eliminated three times by falling. When asked whether Gardner was smarter, Fernandez replied: “No. I lacked the guiding hand.”

“A hand that warns me before you stumble over stones as I did when I was a child. A figure who guides us and helps us to win, and not a person who puts obstacles in our way so that we don’t succeed.”

“As a world champion, of course, it’s easy to say that you’ve been smarter if you’ve been in this class for six years. No, he wasn’t smarter. Very few obstacles were put in his way,” Fernandez is convinced.

When asked whether his team put obstacles in his way, he replied clearly: “Yes. Everyone can understand this as they want, but we know it. We have sweated blood and water. At the middle of the season we talked and everyone [meine Mechaniker] had a hard time. “

“When we celebrated my victory in Austin, there were people in the pits who didn’t applaud or say a word,” Fernandez gives an example. Gardner fell during this race. “If you fight for your dream, you need people who believe in you and don’t put obstacles in your way.”

“But I will not go into details. I am very satisfied with our year. We got on well and were in the same boat. Despite all the obstacles that were put in our way, we won eight races as rookies. That has never been done before. “

Gardner and Fernandez will ride for Tech-3-KTM MotoGP for the next year. Fernandez’s rise was confirmed in early August. Before that, there had been rumors that he might join the Yamaha satellite team.

Looking back, Fernandez says: “I had some difficult moments in my Moto2 year because people didn’t believe in me. So I had doubts about the brand, but in the end we are pulling together with KTM. I’m very motivated.”