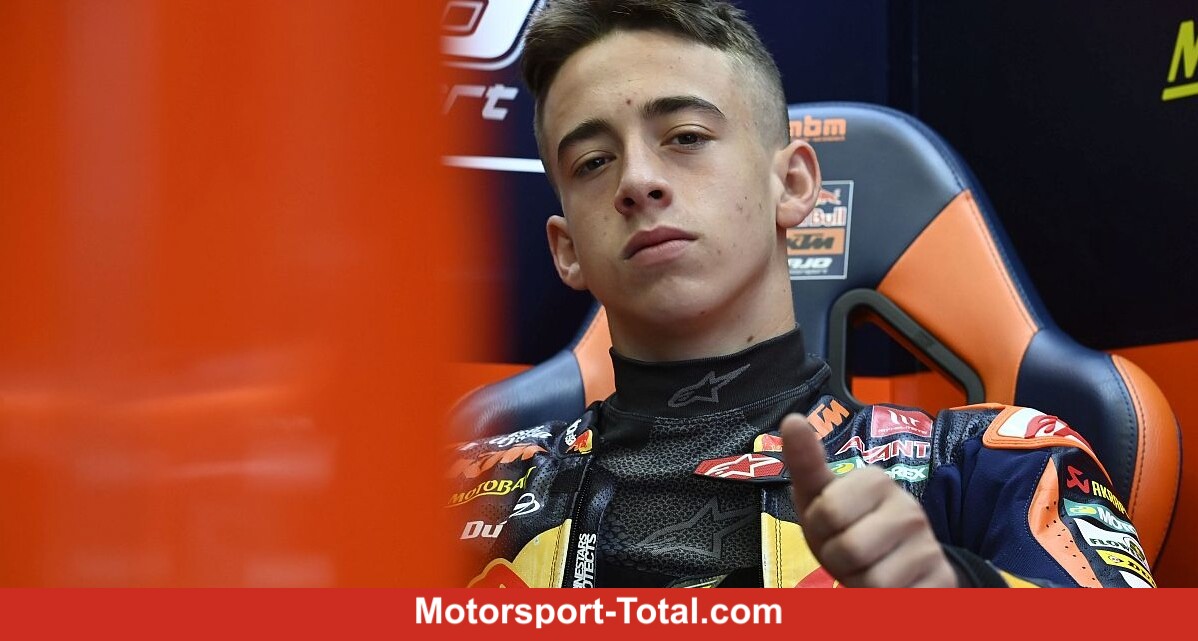 (Motorinformed.com) – Pedro Acosta has made headlines in the motorcycle world championship in the past few weeks and not only triggered a hype in his home country Spain. The 16-year-old was on the podium in the first four Moto3 races and has won three of them in a row. Never before has a rookie succeeded! In the World Cup, Acosta’s lead is already 51 World Championship points.

At the age of 16, rookie Pedro Acosta took Moto3 by storm
zoom

Could he be the rider who will dominate the motorcycle world championship in the long term? There is still a long way to go to reach the premier class. Acosta is only just beginning its career. Marc Marquez and Co. advise him to enjoy the races and work his way through the classes step by step.

“I actually didn’t like motorcycles at all, but then I went to Paco’s racing school and immediately felt something that I had never felt before. I was immediately captivated,” said Acosta in an interview with the Spanish edition of ‘Motorsport.com’ about his beginnings back.

Acosta grew up in the autonomous region of Murcia. His father is a fisherman and put the youngster on a motocross bike for the first time at the age of five. Acosta worked its way up to the Moto3 level via minibikes and junior cups in Spain.

He was initially unable to gain a foothold in the Moto3 Junior World Championship for financial reasons. His chance in 2019 was the Red Bull Rookies Cup. Acosta was runner-up behind Carlos Tatay. That opened up completely new possibilities for him for 2020.

On the one hand, he stayed in the Rookies Cup and was a sovereign champion. At the same time, he also competed in the Moto3 Junior World Championship for the MT-Foundation77 team, which belongs to Esponsorama-Racing. Acosta finished third in the championship with three wins. This was followed by the Moto3 promotion to the top team Ajo.

Despite the increased expectations, Acosta withstood the pressure at the home race in Jerez and took the victory. “When you get into the World Cup and do well, it’s normal that your concentration could play tricks,” said the 16-year-old about the pressure.

“You can let yourself be distracted by other things and not be so focused anymore. I think that I don’t like social media has helped me. I can concentrate on my things.”

Photo gallery: Social media ranking: The MotoGP riders with the most followers

“I concentrate on racing. That’s what I live for. I love to drive. That’s all I do. This attitude and my rejection of social media – I think – helped me to keep my focus.”

“A lot of people in the paddock say that they have other hobbies and that their job is to be a driver,” Acosta noticed. He defines himself completely differently: “If I do five hours of motorcycle training, it’s no work for me. It’s like a playground.”

“It’s a world championship for egoists. You don’t have to believe in it, but you have to know that you are here to fight for something. There will be days when things go well, but there will also be bad days. Me but always go out with the intention of giving everything. “

Acosta sums up his attitude to racing with this apt sentence: “I always think to myself: If someone wastes 45 minutes of their life watching my race, then at least I have to give everything I can.”

By the way, he doesn’t want to do it like Jack Miller and skip Moto2: “The better you are prepared for MotoGP, the better your chances of fighting for the World Championship. Every driver thinks differently, but the more steps you take, the greater is the long-term advantage. “

In contrast to most of the youngsters in the paddock, Acosta does not name Valentino Rossi as a childhood idol and role model. For him, it’s Kevin Schwantz, even though the American ended his career nine years before Acosta was born.

“My father is from that era and my first memories are videos of Doohan, Rainey and Schwantz. These races were spectacular and caught my attention,” he remembers the video evenings with his father.

Next weekend, Acosta will have to prove again how to deal with pressure and expectations. He has never driven on the Bugatti Circuit in Le Mans. It could also rain in France.