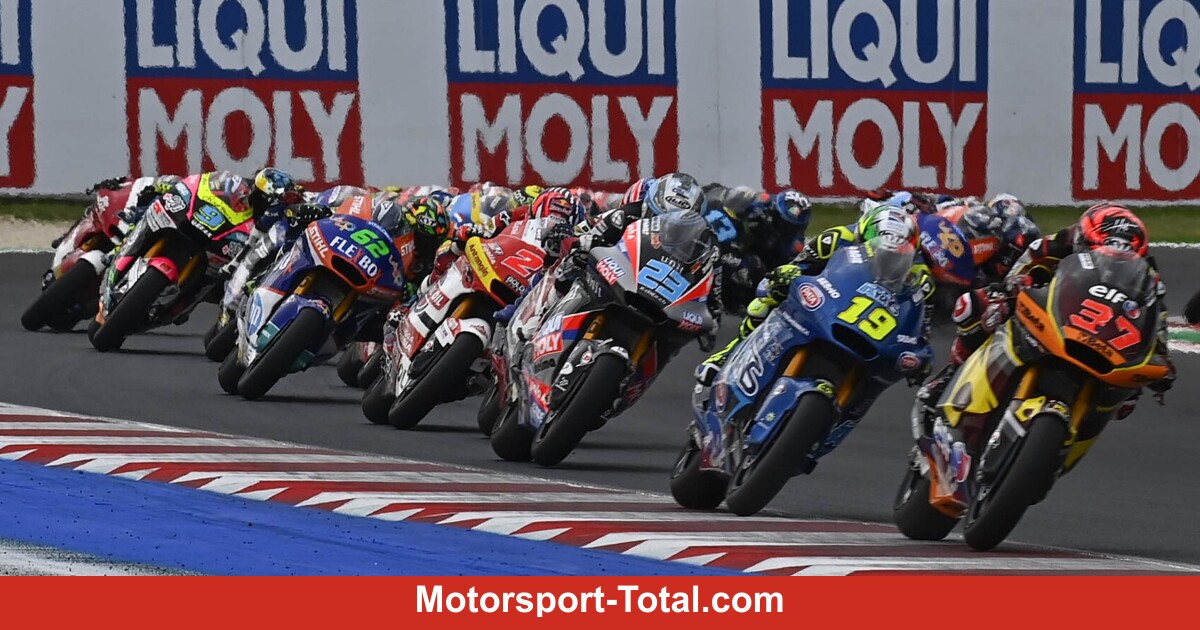 (Motorinformed.com) – Marcel Schrötter got off to a good start in the Moto2 race in Misano. From starting position 13, the German finished the first lap in eighth place. But then the rest of the race turned out to be tough. Schrötter was involved in a few duels and finally crossed the finish line in eleventh place.

“Marcel had a good start, made up a few positions in the first couple of laps and was very aggressive. He did that really well,” praised IntactGP team manager Jürgen Lingg. But Schrötter couldn’t do much from this starting position.

“It was all the more a shame that he stumbled so much towards the middle of the race. He lost a lot of time, but then he was really strong again in the end. He was sometimes faster than the front. That shows that it is possible but you just can’t afford to make mistakes. “

“You always have to be fully there from the first to the last lap and then you will be rewarded with better results”, Lingg speaks plainly. Despite the criticism, Schrötter’s contract was extended for 2022 in Misano.

And how does the only German in the motorcycle world championship rate his own performance? “I can’t be completely satisfied with this race. After a good start, it took too long to get up to speed.”

“My start was again very useful and I was very aggressive on the first laps. I can be a little proud of that, as we are well on the way to eradicating this weak point more and more. It is a positive point for us have elaborated this year. “

Marcel Schrötter is not completely satisfied with his Misano race Zoom

“But the following laps were too cautious. I couldn’t keep up with the people in front and was also overtaken. I had a lot of trouble finding my pace. It shouldn’t be that it takes so long before I get better. “

“The fact is that I was only able to set decent lap times for the last five or six laps. That was even astonishing, because at that point the tires no longer offered the best performance.” Schrötter was one of only five drivers who opted for the new Dunlop front tire.

This is structured somewhat differently and was available to the teams in Misano for the first time. “To everyone’s surprise, I set my fastest time in the race on the penultimate lap,” said Schrötter of the amazing performance at the end.

“Nevertheless, the disappointment prevails because we were too slow for at least a third of the race. A top 10 position should have been the least from our starting position. We have to find out why I can end up being faster than in qualifying with used tires I have to work on that and also analyze the situation together with my crew so that we can find a solution to become consistently faster. “

WRX Portugal: Gronholm claims second victory of 2021
Zero tolerance in Avintia Esponsorama after the false PCR take a look at
a stone within the boot complicates the weekend
Package deal in Misano, Sergio García sees the title go away
For Pol Espargaró, Moto3 “too sluggish” trigger accidents