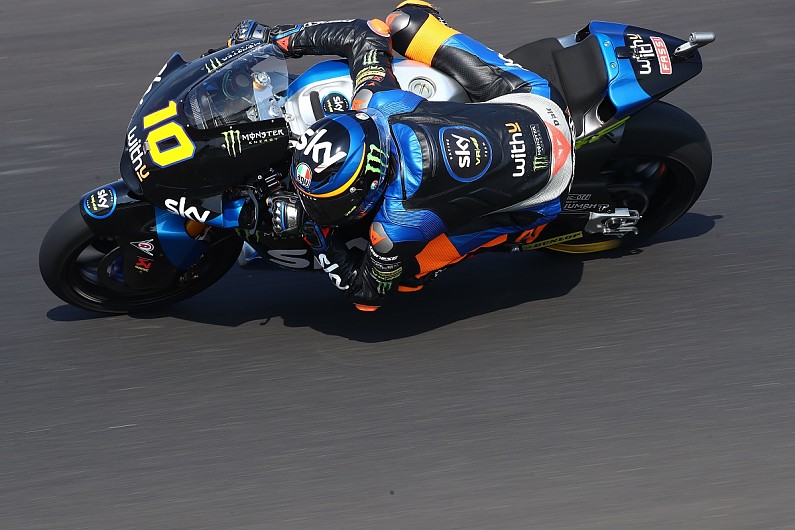 Valentino Rossi hopes his half-brother Luca Marini will be able to step up to MotoGP in 2021 with the Avintia squad and confirms discussions have been held with Ducati.

Johann Zarco will depart the Avintia squad at the end of the year to either move up to Pramac or the works Ducati squad, with Moto2 title contender Enea Bastianini set to take his place.

Tito Rabat currently holds a contract for 2021 with Avintia and is known to bring money into the team through personal sponsors.

However, Avintia now operates as an official Ducati satellite outfit, and the results this year have allowed it to attract sponsorship.

Rabat has scored just five points from the first seven rounds, and has been struggling from the effects of the horror leg injury he suffered in a crash at Silverstone back in 2018.

It has been rumoured that Rabat could step aside at the end of the year, though he insists Ducati has told him that decision will be his alone.

“Paolo [Ciabatti] has said that the decision is mine,” Rabat said on the subject at Misano.

“When will I decide? I don’t want to talk hot, sometimes things are not what they seem. We will decide as we go.”

Talk in the Italian press of a potential takeover of the Avintia squad by the VR46 team for 2021 have also emerged recently. 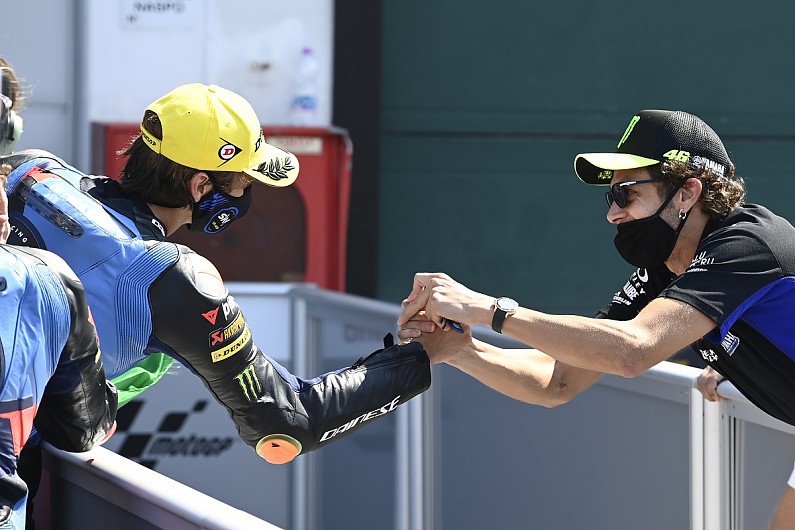 Rossi ruled this out, but remains hopeful Moto2 championship leader Marini – who rides for the VR46 team in the intermediate class – will still be able to step up to MotoGP next year.

“We speak for Luca and we hope that Luca can have a chance in MotoGP in 2021, maybe with Avintia, with Ducati,” said Rossi.

“For MotoGP, you need to make another step. So, it’s not easy.”

Marini says he feels he will be “ready” to move to MotoGP next season if the chance arrives, but doesn’t see another Moto2 campaign as being a “waste of time”.

“I won’t speak with my management till next week I think, because they try to leave me to focus on this year, to focus on this race which is very important for us,” Marini said of recent comments from the VR46 camp. I don’t know if another year will be a waste of time.

“For sure MotoGP level is very high, you have to know a lot of things, learn a lot about the tyres which are so much different compared to our tyres.

“Also, the electronics is a totally different world. So, I will be ready to be in MotoGP next year, but I don’t know if there is a place for me. But I hope.”

Steiner: “Not honest” to maintain F1 employees on the highway for six weeks
Bottas and the rumor of a mid-season substitute: “Bullshit”
Russell: Spanish GP the very best Williams has ever felt in race-trim
Ducati, what a begin! Can you actually dream massive now?
Gresini turning into Aprilia MotoGP satellite tv for pc can be “romantic”