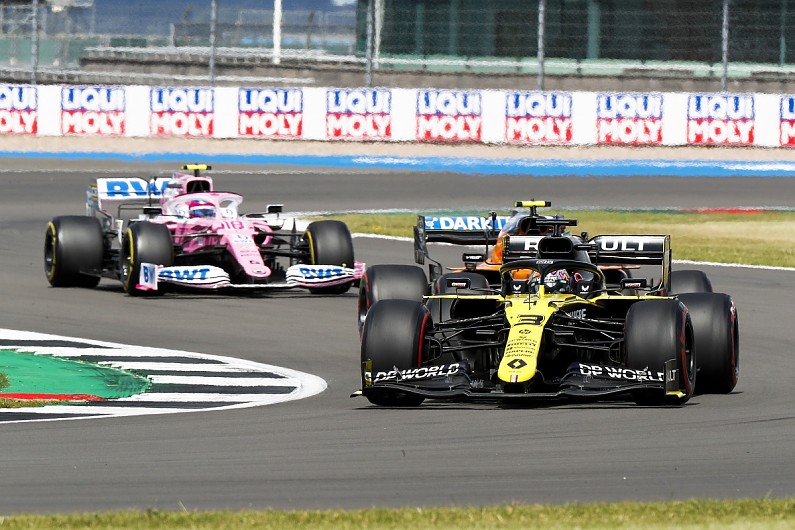 Renault has formally lodged a protest over the legality of Racing Point’s Formula 1 car for the third race in a row following Sunday’s British Grand Prix.

Renault is currently embroiled in a row with Racing Point over the design of its RP20 car, which shares a number of similarities with the 2019 championship-winning Mercedes W10.

Racing Point has always maintained that while the car was designed based off the concept of last year’s Mercedes, it was done so within the regulations.

A formal protest was lodged against Racing Point by Renault following each of the last two races, the Styrian Grand Prix and the Hungarian Grand Prix, centring on the legality of the RP20’s brake ducts.

The FIA is conducting a full investigation into the matter, but failed to hold a hearing or make a ruling ahead of this weekend’s British Grand Prix.

It has prompted Renault to lodge a third protest against Racing Point, as confirmed by the FIA stewards at Silverstone less than two hours after the end of the race.

Representatives from Renault and Racing Point are set to report to the stewards at Silverstone at 5:30pm, but the meeting will be a mere formality given the ongoing investigation.

The protest has only been lodged against one Racing Point car, that of Lance Stroll who finished in ninth place, as Nico Hulkenberg failed to start due to a power unit issue.

Asked on Saturday by Autosport how strong Racing Point’s case was, technical director Andrew Green expressed his confidence the team would prove its design was legal. 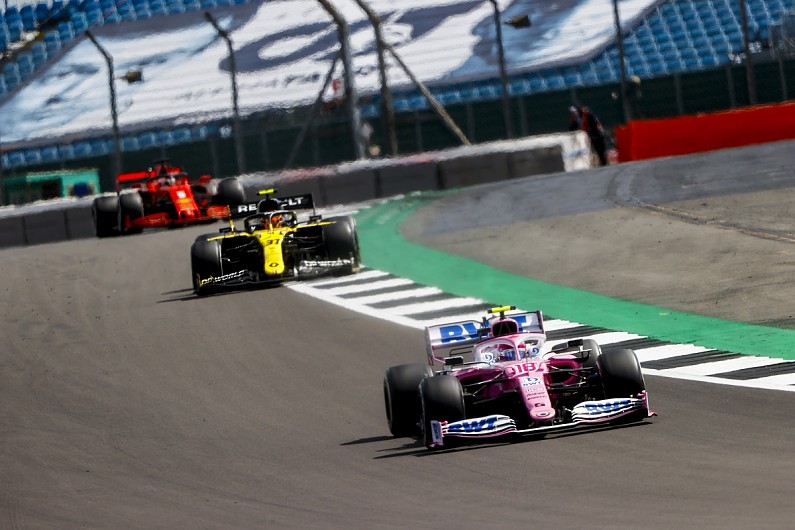 “We’ve been working on it the last couple of weeks. Some documents went to the FIA at the weekend, and then our defence went to the stewards a couple of days ago.

“The lawyers have been working on it intensely over the last week or so.

“We can see that we’ve done everything within the regulations. So we don’t think there’s a case to answer.”

Renault managed to record its best result of the 2020 season so far at Silverstone as Daniel Ricciardo finished fourth, with Esteban Ocon taking sixth as both gained places through the dramatic final stages of the race.