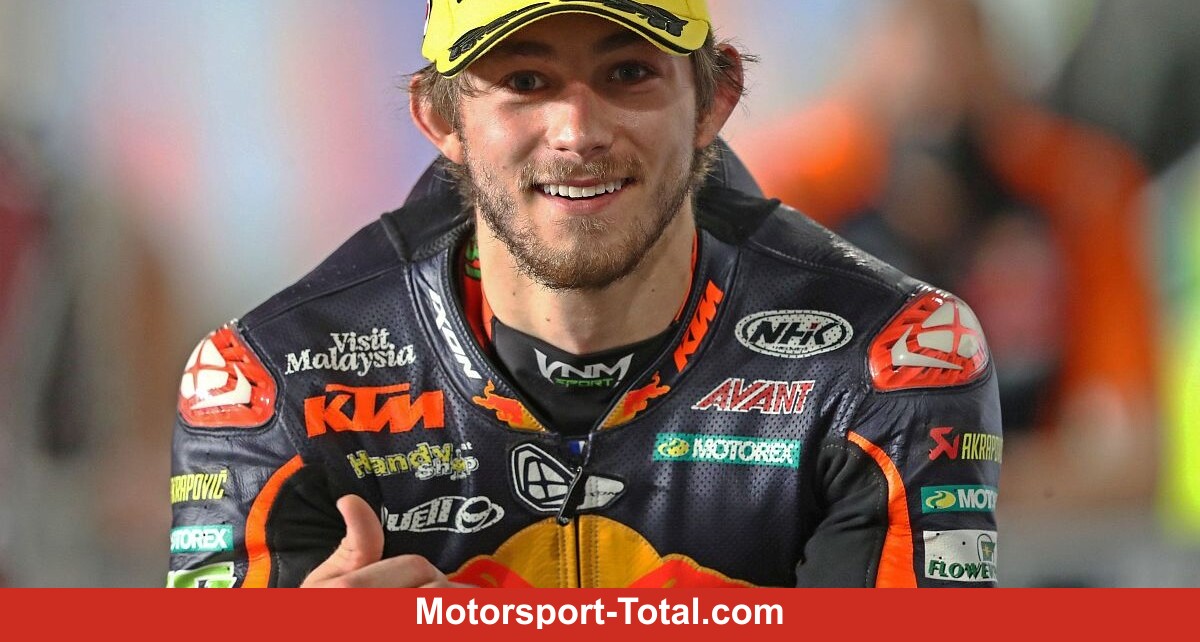 (Motorinformed.com) – The name Gardner is firmly anchored in the history of the motorcycle world championship. Wayne Gardner became the first Australian to win the 500cc class in 1987. He was followed by Mick Doohan and Casey Stoner. Gardner’s son Remy could also compete in MotoGP in the near future.

With Remy Gardner, KTM has the next talent in the pipeline
zoom

Remy Gardner is currently contesting his sixth season in the Moto2 class. In autumn 2020 he celebrated his first Grand Prix victory in Portimao. The 23-year-old started the current season with two second places in Qatar. In the Ajo team, Gardner is part of the KTM family.

Theoretically, Remy Gardner could start for KTM in the premier class since last year. When the Austrians separated from Johann Zarco in 2019, Gardner was also contacted. Finally, Iker Lecuona was brought to Tech 3.

“He had an offer from Herve [Poncharal]”Wayne Gardner recalls.” But at the time the KTM wasn’t doing very well. So we thought it would be better to do Moto2 for another year and then look for a good bike. “

“Since then, KTM has improved significantly. They have one of the best motorcycles. He regrets not having taken the chance. At that point, we didn’t think the bike was competitive enough. It is what it is.”

Gardner wanted Ajo in the Moto2 team as early as 2020

“Now Remy has a contract with Aki Ajo. Aki wanted him for Moto2 last year. I don’t know what Remy and Bob are [Moore], his manager, thought, but they didn’t accept it. “

“So Nagashima got Remy’s place. Nagashima drove a good race. Remy then had nothing more and had to stay with the same team. Stop and Go said they would get the latest material if Remy stayed.”

But that was not the case. Last year, SAG drove with Kalex material from 2019. “Stop and Go was very disappointing,” says Wayne Gardner clearly. Still, Remy Gardner got a second chance from Ajo and KTM. Tetsuta Nagashima has not found a motorcycle for 2021.

“Now Remy is in a good team and has every chance for the top 3 in the world championship”, his father is convinced. “If you look at his speed, he is very talented. He has a great future ahead of him.”

In theory, Remy Gardner could drive for Tech-3-KTM in 2022. Lecuona and Danilo Petrucci’s contracts expire at the end of the season. Gardner knows the Tech 3 team because in 2017 and 2018 he drove for Poncharal in the Moto2 class.

“If KTM doesn’t want him, he can join other MotoGP teams,” reveals Wayne Gardner, bringing Petronas SRT into play: “The priority is KTM, but some teams are interested in Remy. But there aren’t many vacancies It will be interesting what happens to Rossi. Remy definitely wants to go to MotoGP next year. “

Remy Gardner made his Moto3 debut in late 2014. The Australian has been in Moto2 since 2016. His record is three pole positions, three fastest race laps and seven podium positions. The win in Portugal 2020 was his greatest achievement so far.

Wolff clarifies his feedback on Ocon’s future
“Unattainable to heat the tires with eight °”
MotoGP French GP to be proven dwell on ITV4
F1 unveils this system for the primary GP with qualifying races
Lausitzring DTM take a look at: Have Audi and BMW been hiding their tempo in testing?