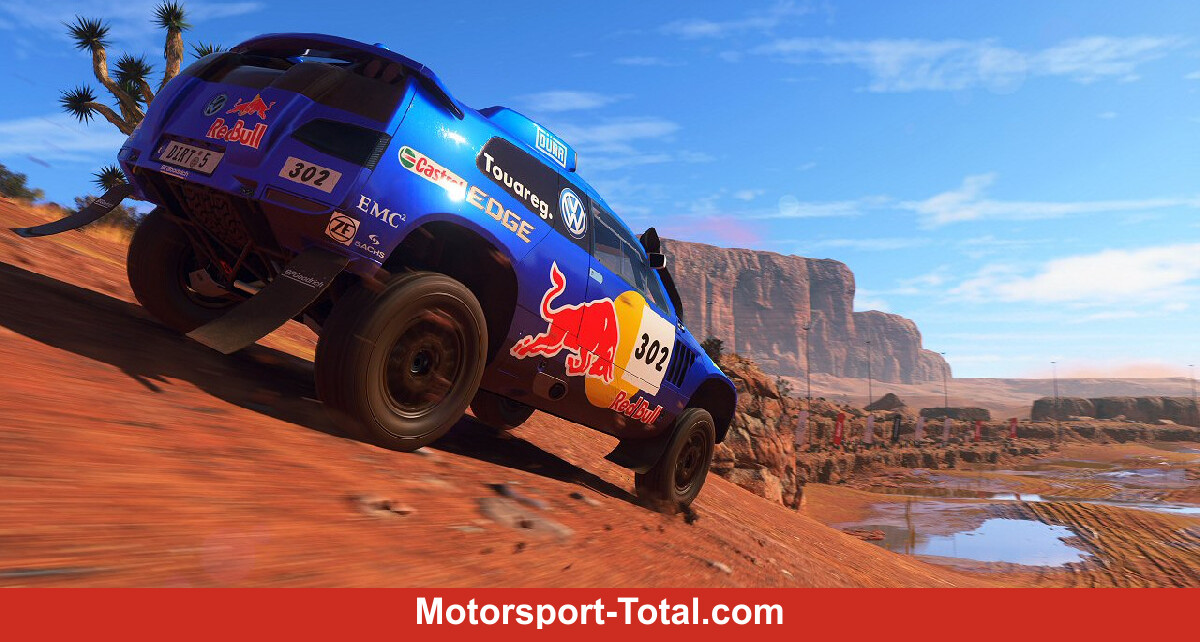 (MST / Speedmaniacs.de) – Since Tuesday, DiRT 5 players have been able to download a new update for the game across all platforms. In addition to the previously announced bug fixes and improvements, which are listed in detail in the change log, there is also fresh game content and features.

The latest update is all about Red Bull
zoom

In cooperation with Red Bull, players will be given various vehicle designs and a new item for Playgrounds mode for PC and video consoles free of charge.

“For this free update, we’ve teamed up with Red Bull to bring you a ton of new DIRT 5 content! First of all, there are eight new Red Bull liveries. On the usual livery selection screen is a new design for the Audi S1 ​​EKS RX quattro, the MINI John Cooper Work Buggy by X-raid, the Peugeot 3008 DKR Maxi and the Volkswagen Race Touareg 3.

The official Red Bull Racing Esports livery is available for the Porsche 911 RGT. Finally, the Peugeot 208 WRX comes with three new Red Bull liveries, including designs driven by both Timmy and Kevin Hansen in the FIA ​​World Rallycross Championship. “

The update to version 4.0.3 – click here and watch the trailer – also brings additional features. For example, wet and stormy weather conditions can now be selected for the playgrounds in Arizona, South Africa and Italy and the gaming experience can be spiced up with lightning and rain.

Regardless of whether on the console or the PC, players in the online multiplayer modes are no longer limited to their own platform, but can now find even more action thanks to the cross-platform functionality. With the Red Bull Revolution update, Codemasters is also upgrading support for Geist lap times and enables lap times to be displayed from the global ranking in Time Trial and Playgrounds. Players now have the chance to find out exactly where they are with their time and can look at the racing line of other players and thus also find out where an adjustment can get even more time out.

Why Penske has religion in its 2022 NASCAR Cup rookie
For Ezpeleta, Petrucci’s profitable Dakar exhibits the extent of MotoGP
Marc Márquez again on observe in Portimão
Observe the launch of the 2022 WRC season
Marquez again on monitor at Portimao to step up MotoGP return preparation