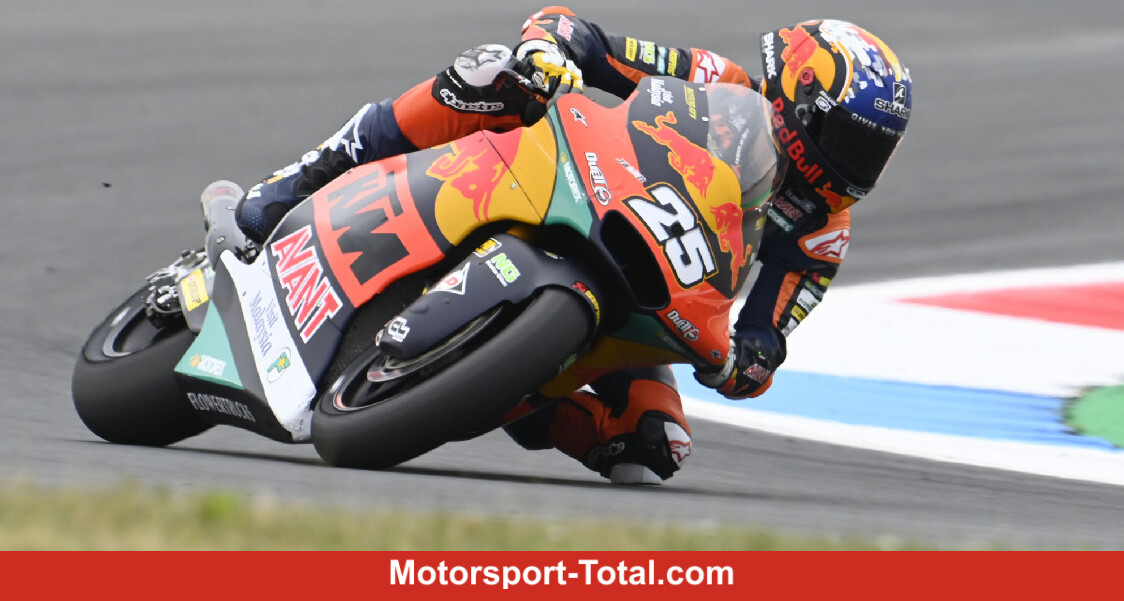 (Motorinformed.com) – Moto2 rookie Raul Fernandez (Kalex) secured pole at Moto2 in Assen. In qualifying of the middle category, the Spaniard took the lead with a lap of 1: 36.356 and thus just missed Johann Zarco’s track record (for the Q2 result).

Raul Fernandez prevailed in Q2 against Ajo team-mate and World Championship leader Remy Gardner, who was 0.186 seconds behind on his fastest lap. Ex-MotoGP rider Sam Lowes (Kalex) completes the front row in Assen. The Briton was 0.330 seconds back.

Augusto Fernandez (Kalex) pushed into the front row in the final attempt, but the Spaniard’s lap was canceled because of the yellow flags. Fernandez fell back to eighth position. Lorenzo Dalla Porta (Kalex) completes the third row.

At Intact, Tony Arbolino (Kalex) was faster than Marcel Schrötter. Arbolino landed in tenth position, Schrötter was classified in 14th place. In Q2 Schrötter was able to intercept a near-highsider at the exit of the chicane. He was also annoyed with Gresini driver Fabio di Giannantonio. Tom Lüthi (Kalex) finished qualifying in twelfth position.

In Q1, local hero Bo Bendsneyder (Kalex), Aron Canet (Boscoscuro), Albert Arenas (Boscoscuro) and Hector Garzo (Kalex) made it into Q2. Joe Roberts (Kalex) failed to finish in the top 4 by 0.029 and ended early. And for Petronas pilots Jake Dixon and Xavi Vierge, the working day after Q1 was over.