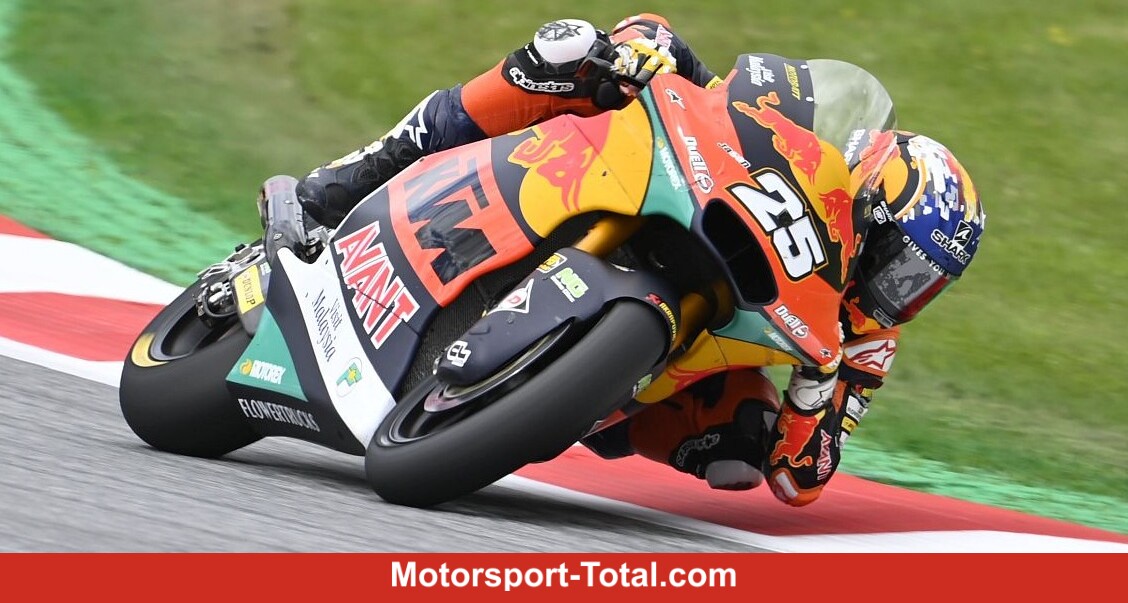 (Motorinformed.com) – In the Moto2 class, the Ajo duo still has the action on the Circuit of The Americas (USA) under control. Raul Fernandez secured the fastest time in the third free practice and kept his world championship competitor and team-mate Remy Gardner in check. Tom Lüthi and Marcel Schrötter did not qualify directly for Q2.

In the late morning it was clearly cloudy over the track in Austin (Texas). The drivers used the training to prepare for the race. Again, especially Raul Fernandez showed a good race pace.

And also in the final phase, when everyone was chasing times, the ajo duo – as usual this year – delivered a convincing performance. At first Gardner set a sovereign best time, but Raul Fernandez caught his team-mate.

With 2: 09.258 minutes, the Spaniard was 0.061 seconds faster than Gardner. In third place, Fabio di Giannantonio was almost half a second behind. Ai Ogura and Augusto Fernandez completed the top 5 (on the result).

The two German-speaking drivers missed the direct qualification for Q2. The Swiss Lüthi landed in 15th place and the German Schrötter in 16th place. Both were 1.2 seconds behind.

At the beginning of the training, Canet had a fall at Turn 16 and had to go to the medical center for a check-up. The Spaniard was not injured. Xavi Vierge was also uninjured in a crash at Turn 15. In the end, Nicolo Bulega slipped in Turn 6.

Loeb will now not have Elena as a rally co-driver
How Williams helped a MotoGP legend after his personal life-changing accident
MotoGP winner Petrucci says Dakar change is “one other world”
Have a go hero: An ex-F1 racer’s ‘three-hour bar struggle’ in NASCAR
Max Verstappen Champion on the Saudi Arabian GP if …