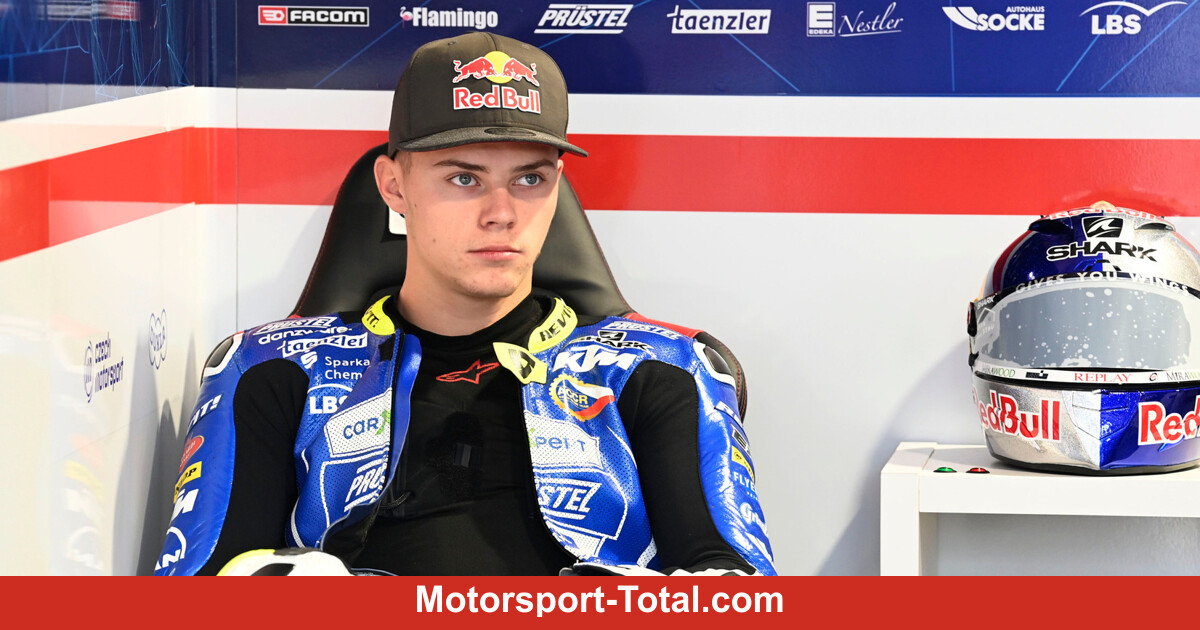 (Motorinformed.com) – It was the fall in the Moto3 race on Sunday in Austin that led to the first of the two red flags: In the sixth lap, Filip Salac had control of his KTM of the PrüstelGP at the beginning of the long straight. Teams lost. The 19-year-old Czech was thrown from the machine by highsider and was then transported on a stretcher.

Salac was taken to the hospital for a medical examination. Fortunately, he was spared any significant injuries, as he himself announced in a statement issued by the team.

“That was definitely not the Sunday we had imagined after the strong training sessions,” said Salac. “We were on the right track and despite a driving mistake on my part in the warm-up, we were ready for the race a short time later. In the race, I didn’t have a good feeling for the rear wheel. The grip wasn’t 100 percent right.”

“I tried to push, apparently too much. When accelerating out, I had a highsider and hit the asphalt violently, so that I was briefly breathless. Fortunately, no further injuries were found during the medical check. I hope that I myself will soon be able to fully recover to be ready for the next race in Misano, “said Salac.

Why Misano 2 is vital for Marquez – GP Inside
Antonelli dominates both qualifying sessions and is on pole
What will happen to the Red Bull Ferrari project in DTM?
F1 United States Grand Prix – Begin time, methods to watch & extra
F1 2022 may have fewer improvements like the twin diffuser