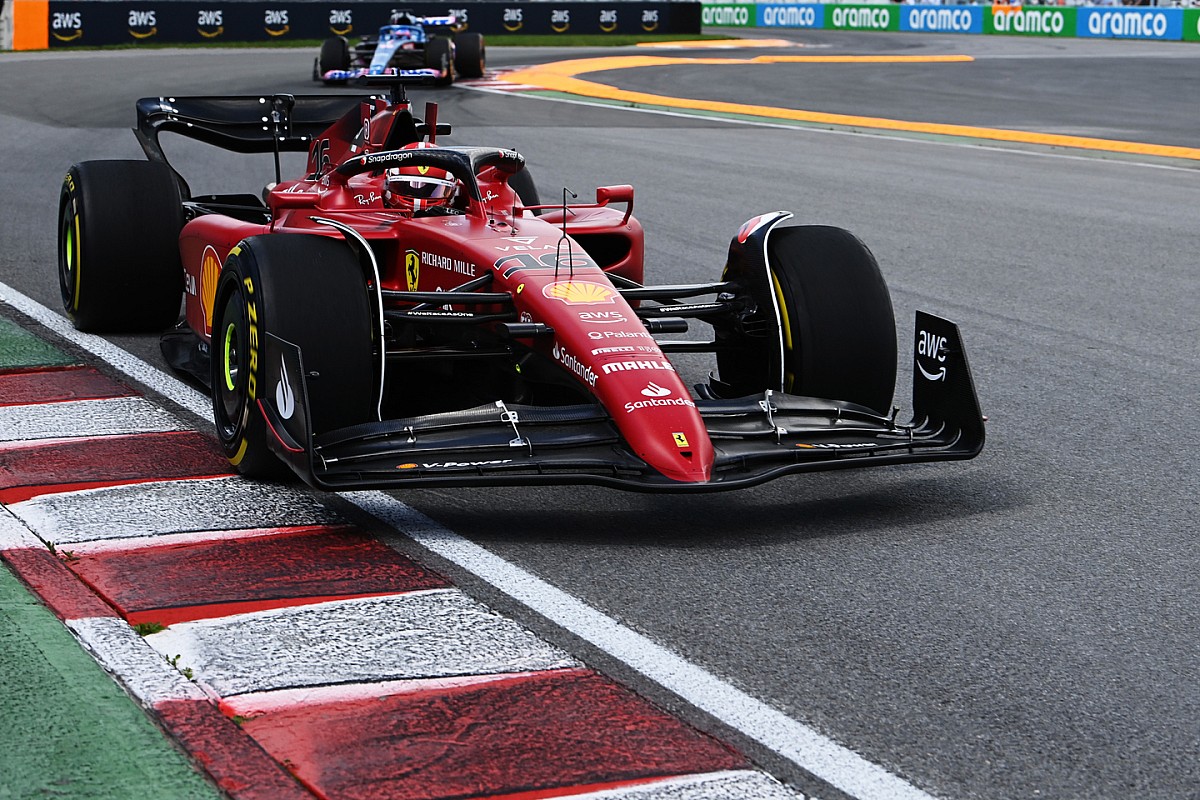 With the ever-present risk of rain, the primary session was busier than typical with groups and drivers maximising monitor time.

However the rain additionally stayed away all through the second session, which featured each Ferrari and Purple Bull fast on the low-fuel runs.

The long-run race tempo was good for the Purple Bull of Max Verstappen, whereas team-mate Sergio Perez was a second off the tempo, one thing which crew boss Christian Horner put right down to set-up variations between driving kinds.

Additionally trying fast on lengthy runs had been the Alpines, and the Aston Martin of Sebastian Vettel.

Matt Kew joins Martyn Lee to analyse all the primary themes from the primary two apply classes for the Canadian Grand Prix.