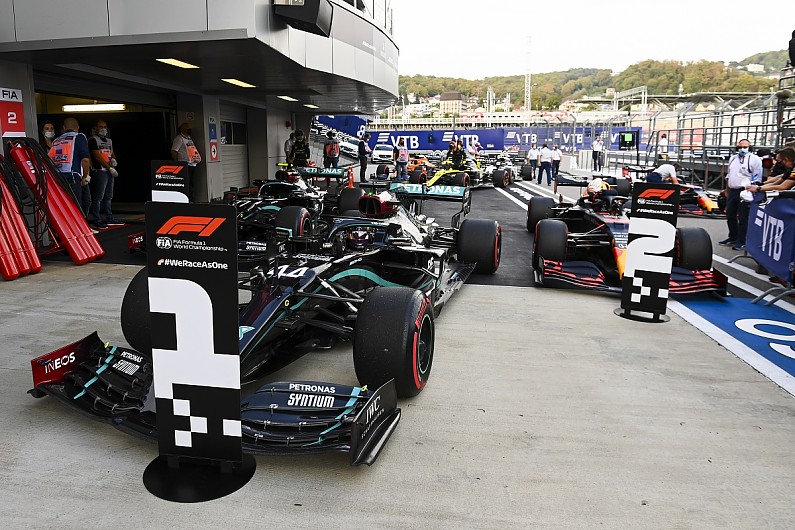 In a dramatic qualifying for the Russian Grand Prix, Lewis Hamilton secured his 96th career pole position – but that doesn’t tell the whole story.

After a red flag caused by Sebastian Vettel’s crash in Q2, Hamilton left it incredibly late to ensure his progression into the pole position shootout, crossing the line to start his timed lap with one second to spare.

The pressure was put on Hamilton after he lost his opening Q2 lap having exceeded track limits. But having switched on to the soft tyres for his final run in the second session, it means he will start the Russian GP on a different strategy to his major rivals.

Max Verstappen disrupted the Mercedes domination by jumping on to the front row in second place for Red Bull, pushing back Valtteri Bottas to third as a result, to provide another headache for the Mercedes strategists.

Grand Prix editor Alex Kalinauckas and F1 reporter Luke Smith dig into the major talking points after qualifying for the Russian GP and look ahead to Sunday’s race when Hamilton has his first opportunity to match Michael Schumacher’s all-time F1 wins tally.