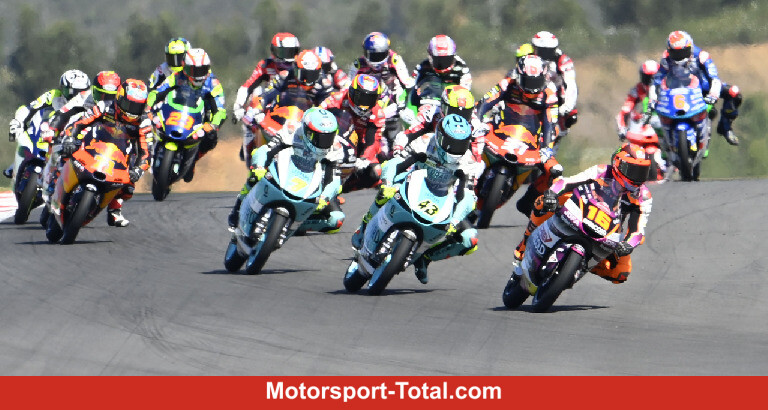 (Motorinformed.com) – The Moto3 class as the entry-level class in the motorcycle world championship will be given a partially new look for the 2022 season. Two teams disappear, namely Gresini and Petronas. Nevertheless, the starting field has increased compared to 2021, because three new teams have been registered: MSI, MTA and VisionTrack.

In the Moto3 field there will be three new teams in 2022, while two will disappear
zoom

The twelve rookies are Daniel Holgado (Ajo), Matteo Bertelle and Elia Bartolini (both Avintia), David Munoz and David Salvador (both BOE), Joel Kelso (CIP Green Power), Mario Aji and Taiyo Furusato (both Team Asia), Diogo Moreira (MSI), Ivan Ortola (MTA) as well as Scott Ogden and Joshua Whatley (both VisionTrack). The majority of the twelve Moto3 rookies in 2022 come from the Rookies Cup, which is held as part of the motorcycle world championship.

The Prüstel team stationed at the Sachsenring will not only rely on two new riders in 2022, but also on a new motorcycle brand. Instead of KTM, you drive in the new season CFMoto. As with Husqvarna, however, these are KTM bikes that have been given a different name for marketing reasons.

Teams and drivers for the Moto3 season 2022